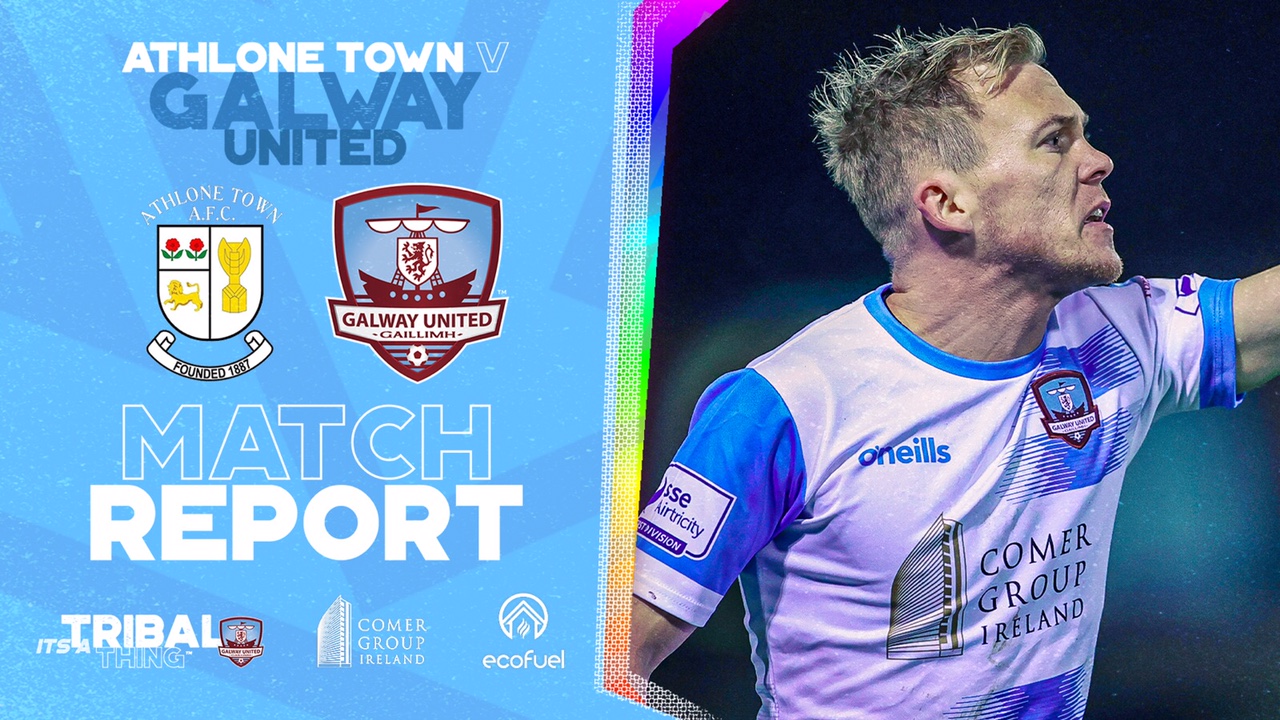 “A disappointing night for us.” – John Caulfield, Manager

On a wet and dull evening in Athlone, it was the away side that started the stronger out of the two teams.

United threatened from consecutive corner kicks early on but the Athlone defence blocked the oncoming efforts. Torrential rain lashed down in the midlands as United hunted for a goal at the Athlone Town Stadium.

The ball zipped along the artificial surface with both sides challenging every tackle. Athlone defended well and grew in confidence as the half progressed.

James Doona created a chance in the 33rd minute after some good build-up play from Garry Comerford, but Doona failed to hit the target with his effort from the edge of the box.

It was a tight ending to the half, with United having the best opportunities before the break. In the 39th minute, Ruairi Keating fashioned an opening for Conor O’Keeffe down the right wing and the full back found Shane Doherty at the back post but the attacker was unable to direct his header on target.

David Hurley also went close with a free-kick before the half-time whistle but it remained 0-0 at the interval.

It was a slower start to the second half with both teams struggling to create many clear-cut chances.

Comerford went close for Athlone before Kurtis Byrne opened the scoring in the 63rd minute. Byrne picked the ball up outside the penalty area and hit a well-placed strike past Conor Kearns to give the home side the lead.

Athlone’s tails were up and Byrne almost doubled his team’s advantage a few minutes later after a deflected attempt wrong-footed Kearns but it narrowly went wide of the post.

United pursued an equaliser as the clock ticked on but Athlone continued to hold firm in defence which frustrated the Tribesmen. Keating went close with a header before Adam Wixted cleared off the line to keep United at bay as the game entered its final stages.

“We didn’t play well, unfortunately we were a shell of the team we were last week. Our performance was poor, flat and we didn’t create enough.

“Paul had Athlone very well organised defensively tonight. But overall, it was a disappointing night for us and also for the supporters. It is very easy to raise your game once or twice but we need consistency.

“I knew how dangerous this game was, we prepared for it all week but unfortunately we didn’t perform on the pitch. Tonight was an inconsistent performance so that was disappointing.”

Our next First Division game is away to Cabinteely on September 3rd.