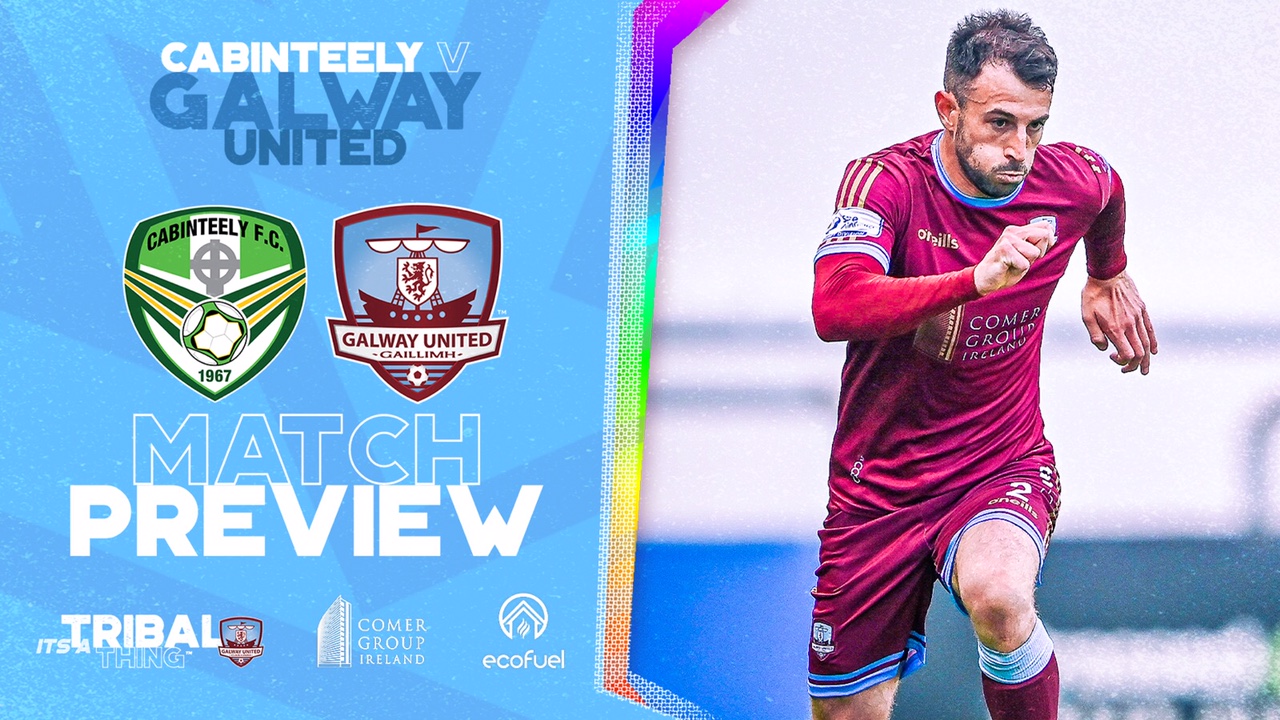 “The last week has given us a chance to prepare and get ready” – John Caulfield, Manager

Galway United travel to Blackrock to face Cabinteely at Stradbrook Road on Friday with kick-off at 7.45pm.

United return to First Division action this week to play Cabinteely away from home. The Tribesmen will be looking to get back to winning ways this Friday following a 1-0 away defeat to Athlone Town two weeks ago. United remain in 2nd place on the league table, eight points behind Shelbourne, with seven games to go.

This week’s opponents Cabinteely are in 8th position on the First Division table and are currently eleven points off play-off positions going into the fixture. Pat Devlin’s side drew 2-2 at home to Cork City in their most recent league fixture where they scored twice late on to earn the draw.

United manager John Caulfield is looking for his team to bounce back against Cabinteely on Friday.

“A result like the Athlone one can refocus the lads to work on things. We didn’t pass the ball well enough or move the ball quick enough, stuff we had done really well a week earlier,” Caulfield told the club’s media team.

“These things happen, I keep saying every week it is a new challenge. The level and quality of teams in this division is quite similar. If you don’t perform on the day you drop points, we have seen that. The last week has given us a chance to prepare and get ready, so we look forward to Cabinteely on Friday.”

Thomas Oluwa has departed the club.