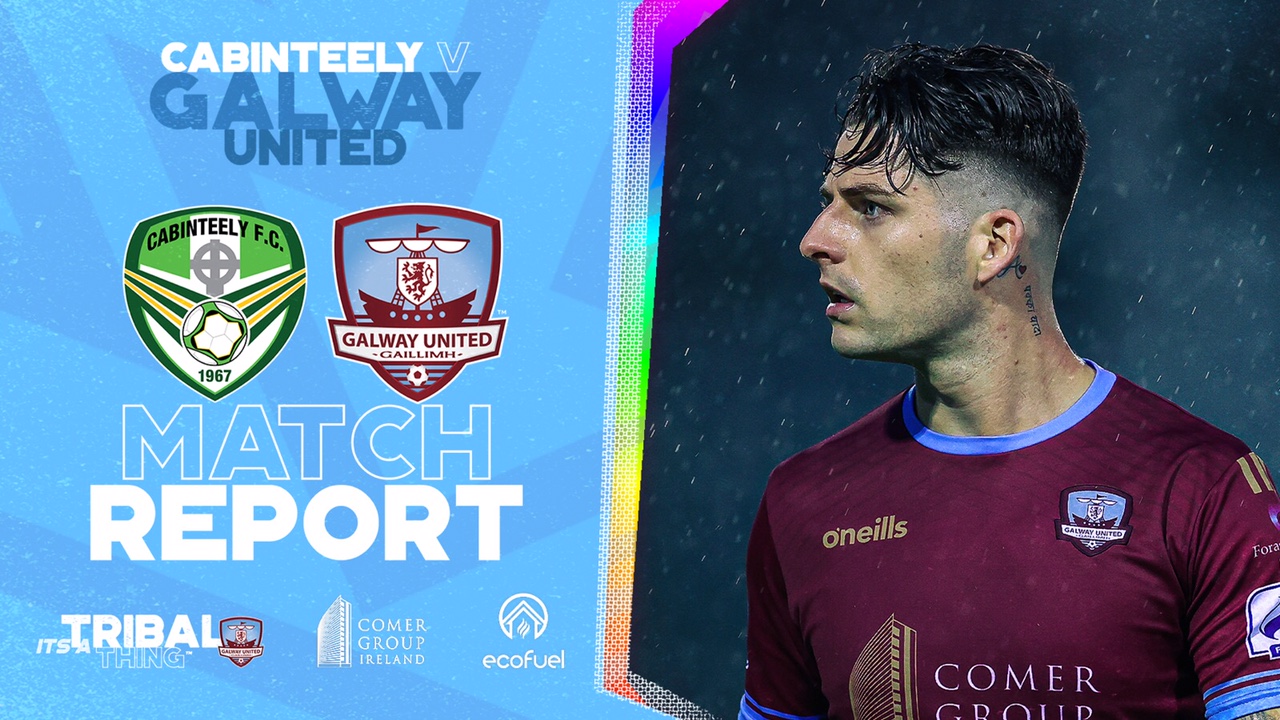 “Sometimes you just have to roll up the sleeves, get stuck in and earn the right to win the game.” – Lisa Fallon, Head Coach

United claim a 1-0 victory over Cabinteely at Stadbrook in an action-packed second half.

It was a cloudy but dry evening in Blackrock as both outfits tried to settle into proceedings in the opening few minutes.

Chances were at a minimum early on with both defences on top. Wilson Waweru attempted a flicked effort from the edge of the box in the 17th minute but it sailed over Harry Halwax’s crossbar.

The best chance of the half came the way of Cabinteely in the 20th minute. Conor Kearns failed to deal with a cross after colliding with an oncoming player; the ball landed to Luke McWilliams at the back post who tried a dinked effort destined for the back of the net but Joe Gorman was on the line to clear the danger.

Play and opportunities continued to be lacklustre in the first period as both teams struggled to create any openings in the final third of the pitch.

Cabinteely’s Ben Feeney came close before the break but it remained 0-0 at the interval.

It was a more lively start to the second period by United as they came out with more intent at the start of the half.

Gorman’s looping header wasn’t powerful enough to test Halwax in the 50th minute before Mikie Rowe opened the scoring a couple of minutes later. A well-worked free-kick between Conor McCormack and Rowe set up the attacker on the edge of the box and his low strike found the bottom corner to put the away side in front in the 58th minute.

A flurry of activity occurred in the next few minutes. Cabinteely were reduced to ten men in the 66th minute when Eoin McPhillips received a second yellow card. Another red card soon followed when United’s keeper Conor Kearns clashed with a Cabinteely player in the box which resulted in a penalty to the home side.

Luke Dennison, who replaced Kearns in goal, came to the rescue on his debut for the Tribesmen as he saved Keith Dalton’s penalty with his first touch for the club in the 77th minute.

With both teams a man down, it was a scrappy ending to the game but substitute Padraic Cunningham almost made an instant impact upon his introduction when he tested Halwax with a powerful volley.

United saw out the last few minutes efficiently as they succeed in bringing home the three points in a hard-fought 90 minutes, with American shot-stopper Dennison the hero on the night.

“We know in this league that you have to work very hard to win games. We knew what type of game this was going to be which we had worked on all week.

“The lads understood the work rate that was going to be required tonight and I think all the players put in a massive shift. It wasn’t pretty at times but sometimes you just have to roll up the sleeves, get stuck in and earn the right to win the game. The lads did that tonight.

“You have to be able to win matches in different ways in this league and that’s the challenge. The lads were fantastic, including the subs that came on. There were a few setbacks that they had to deal with in the game but they managed it well. We are going home with the three points so we are really happy with that.”

Our next First Division game is home to Treaty United on September 10th.