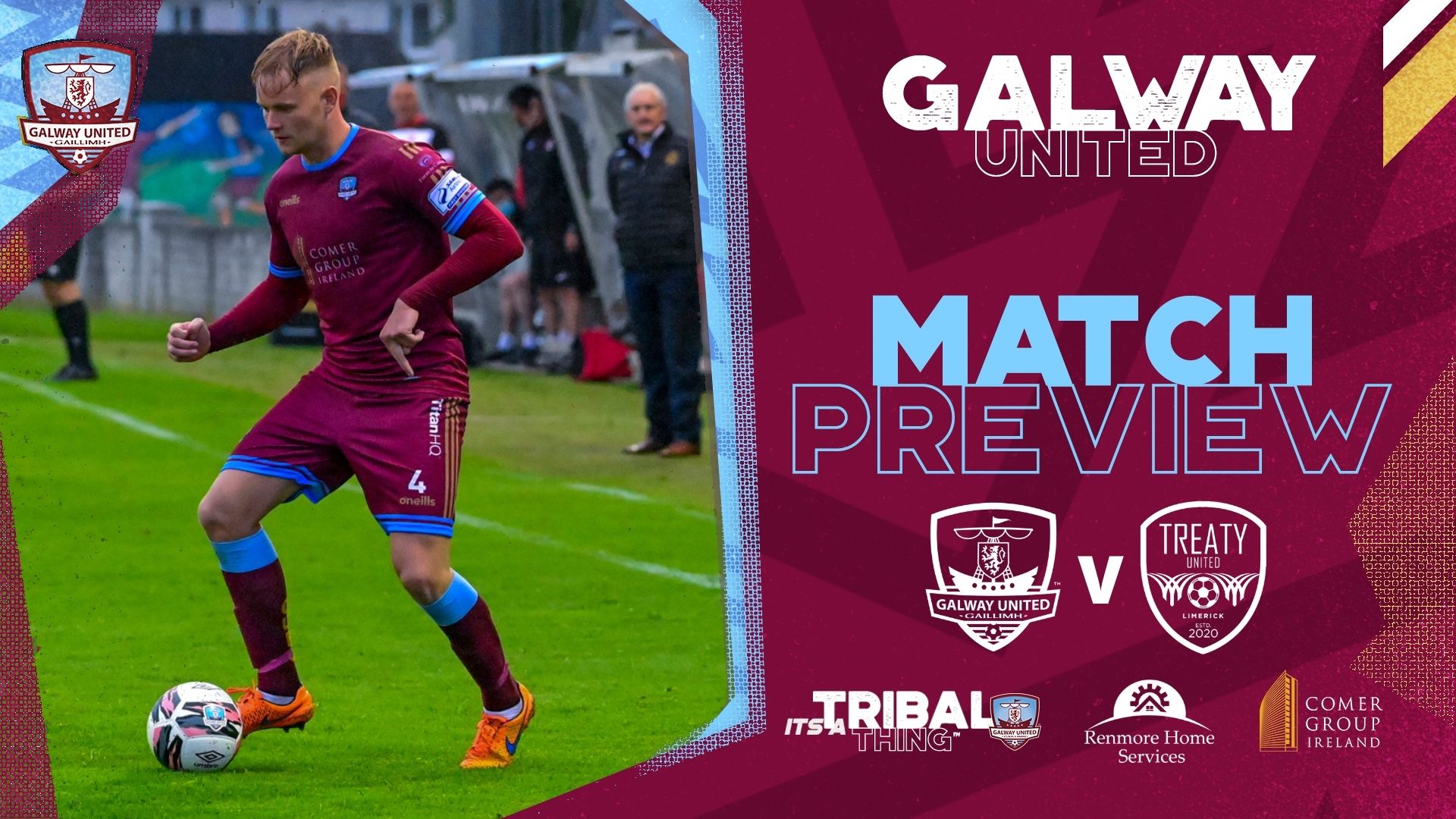 “Every week you have to be ready for the next match” – John Caulfield, Manager

United go into this week’s fixture against a strong Treaty United side off the back of a hard-fought 1-0 away victory over Cabinteely last Friday. Mikie Rowe scored the all-important goal for the Tribesmen to keep John Caulfield’s team in 2nd place on the league table, six points behind table-toppers Shelbourne, with six games to go.

This week’s opponents, Treaty United, have been impressive throughout their first campaign in the First Division. The Limerick outfit are currently in 4th position on the table having defeated Cobh Ramblers 3-0 at the Market’s Field last week. Tommy Barrett’s side are two points behind United going into Friday’s fixture – three crucial points will be up for grabs with 1800 supporters allowed into Terryland for the first time this season.

“Treaty are very strong defensively and the last two games have been very tight between the teams,” Caulfield told the club’s media team.

“They have a strong side who are good in the air and they defend really well; they don’t give away many goals. We are hoping to see a massive crowd on Friday night with the capacity being increased which should create a cracking atmosphere.

“Every week you have to be ready for the next match, anyone can beat anyone in this league. Hopefully we can kick on again this week against Treaty.”

Conor Kearns misses this week’s fixture due to suspension while Maurice Nugent returns to the squad following a one-game suspension.