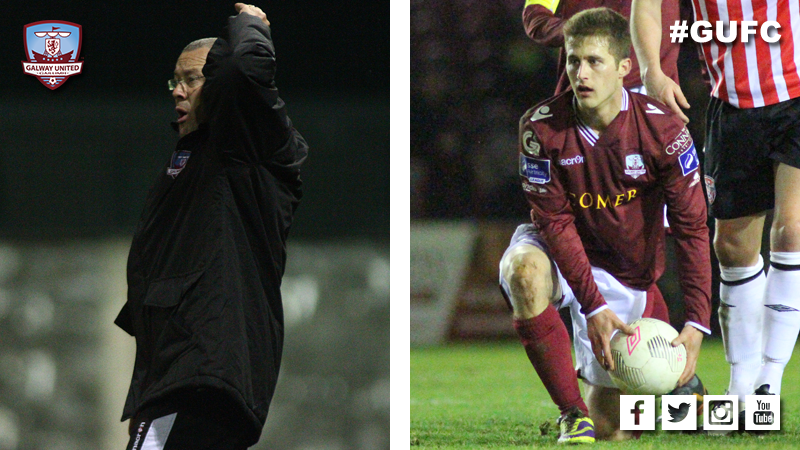 Tommy Dunne and goalscorer Jake Keegan spoke to Galway United TV after United’s 3-2 win against Finn Harps in the first round of the EA SPORTS Cup at Eamonn Deacy Park.

The deadlock was broken at Eamonn Deacy Park in the 21st minute when Jason Molloy split the Harps defence with a through ball that found Jake Keegan and the American squared to his striker partner Padraic Cunningham who fired past Gallagher from 6 yards.

Cunningham turned provider in the 36th minute when his attempted shot was saved by Harps keeper’ Gallagher but the rebound fell to Gary Shanahan at the back post and he smashed a shot in off the crossbar.

Finn Harps pulled a goal back through Brian McGroary when United failed to clear their lines from a corner kick and after a scramble in the box the Harps winger did well to find the top corner of Gleeson’s net.

United’s two goal cushion was restored just after the hour mark when Jake Keegan was upended in the Harps box, he dusted himself down before firing powerfully into the bottom corner.

Harps made the home side sweat when defender Keith Cowan volleyed past Connor Gleeson with 15 minutes remaining but Tommy Dunne’s side held on for a deserved win at Eamonn Deacy Park.