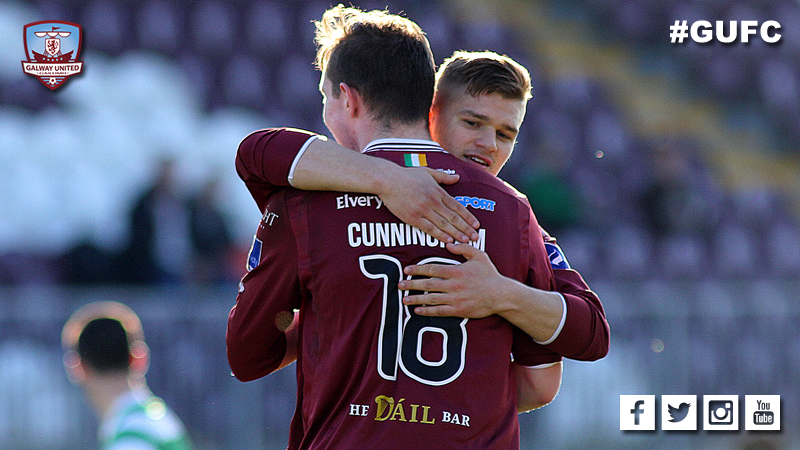 Cunningham was desperately unlucky not to bag a hat-trick, hitting the post and crossbar in either half but his persistence bagged him a brace and he helped United to progress into the quarter finals of the EA SPORTS Cup.

Cockhill stunned the homeside after just 4 minutes when Jimmy Bradley caught Ger Hanley off his line from 40 yards out.

Andy O’Connell levelled matters when a long ball out of defence offorded the midfielder a chance to run behind Cockhill’s defence and he dinked the ball over goalkeeper Gavin Cullen amidst defensive confusion from the away side.

Just before the break, O’Connell was hacked down in the Cockhill box and referee Rob Hennessey awarded a penalty. Ryan Connolly grabbed the ball but his penalty was weak and Cullen saved.

United upped the tempo in the second half and Cunningham grabbed a well-taken brace, on both occasions, beating the offside trap before racing through to finish past Gavin Cullen.

In the 70th minute, Cunningham turned provider for Gary Shanahan when he hung a cross to the backpost and Shanahan did the rest, heading United into a three goal lead.

The visitors did claw a consilation goal back in stoppage time through substitute Mark Moran from outside the box.