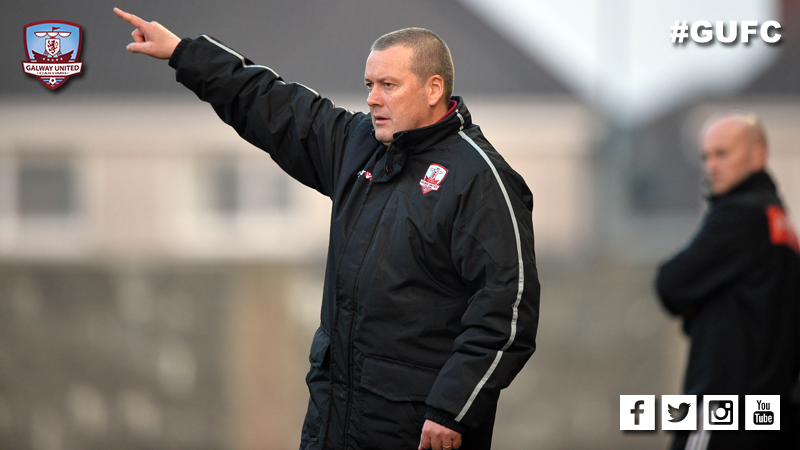 United hit the front in the 24th minute when Limerick midfielder Jason Hughes pulled Jake Keegan down in the box, referee Ray Mathews awarded the penalty and Enda Curran slotted past Conor O’Donnell with confidence from 12 yards.

Despite being under pressure for most of the half, Martin Russell’s side grabbed an unlikely equaliser before half time when Dean Clarke broke away down the right wing before crossing to the near post and United defender Kevin Garcia turned the ball into his own net.

The home sides dominance continued in the second half but Limerick’s keeper’ was keeping them at bay, it seemed like a frustrating draw might’ve been on the cards but 15 minutes from time, Ryan Connolly delivered an outswinging corner that Limerick failed to clear and the ball made its way to Enda Curran in the box and he blasted past O’Donnell through a crowded penalty area to the relief of the home crowd.

Ryan Connolly also set up United’s third goal with a splendid pass to pick out Limerick native Gary Shanahan and he calmly prodded the ball home to extend United’s lead.