The goal that decided the outcome of the game arrived in the 5th minute when Neil Doyle penalised Ger Hanley for fouling Raf Cretaro, to the bemusement of everybody at Eamonn Deacy Park. Replays afterwards showed that Hanley clearly got a touch to the ball before making any connection with the Sligo Rovers attacker.

Dinny Corcoran stepped up and slotted past Ger Hanley from 12 yards to open the scoring.

Galway United were rocked by the early goal and Corcoran almost doubled the Bit o’ Red’s lead two minutes later when he lobbed the ball over Ger Hanley but Stephen Walsh anticipated the danger and cleared the ball off the line. 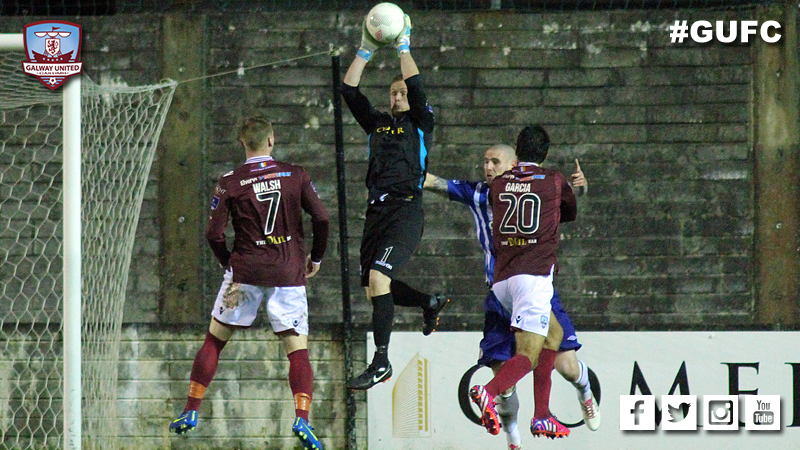 On the half hour mark, United centre-back Kevin Garcia sent a long, seeking ball over the top that nearly played Jake Keegan through on goal but Sligo goalkeeper Richard Brush was quick off his line to smother the ball.

Sligo Rovers winger Kevin Devaney crafted a chance when he dropped his shoulder on the left wing and cut inside on his right foot before striking from long range, but his powerful shot was straight at Ger Hanley.

United finished the first half strongly when Alex Byrne found Enda Curran at the edge of the Sligo box, Curran rolled Sligo defender Stephen Folan, who got too tight, but he fired high and over the crossbar.

Stephen Folan made amends moments later when he pulled off a fantastic saving challenge to dispossess Galway United skipper Paul Sinnott, who looked to be clean through on goal.

Stephen Walsh ventured forward on the brink of half time, he collected possession 30 yards out before driving a stinging effort at goal that Richard Brush needed two attempts to collect. 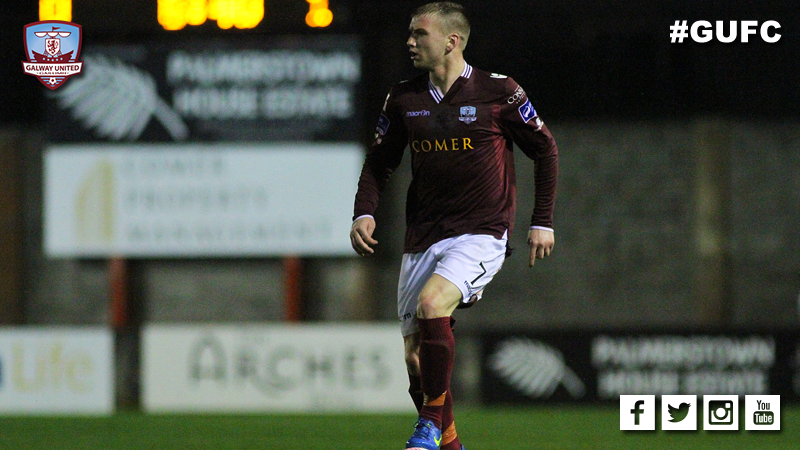 United were dominant in the second period but profligacy on front of goal came back to haunt the home side. Five minutes into the second half, the sides should have been level when Ryan Connolly delivered a probing free kick, Gary Shanahan got a flick-on that drew a top save from Sligo Rovers keeper Richard Brush. From the resultant corner kick, Stephen Walsh headed over at the near post.

With just over 20 minutes to go, Sligo ventured forward in a rare attack, substitute Sander Puri had a long range effort but it drifted wide of goal.

United were again guilty of not taking their chances in the 77th minute when Gary Shanahan’s cross to the backpost found Padraic Cunningham, who was totally unmarked, but his headed effort was straight at Richard Brush. 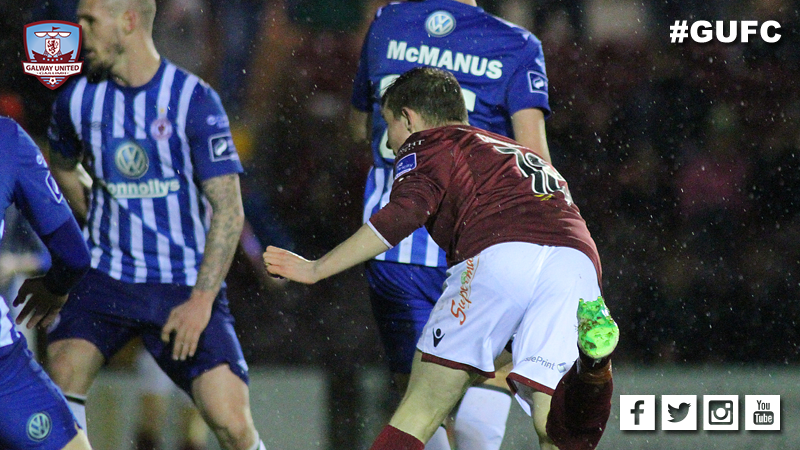 In the closing moments of the game, Sligo had two efforts from long range from Nielsen and Cawley that came to nothing.

Despite United’s pressure and chances in the second period, Sligo Rovers held on for a valuable first win of the season at Eamonn Deacy Park.