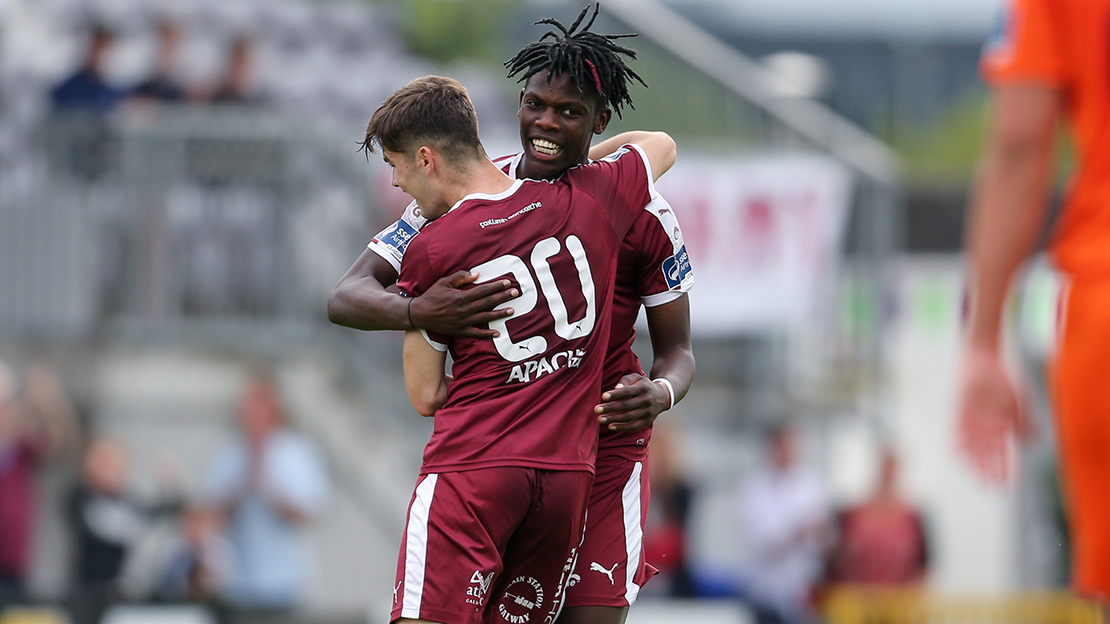 Both sides could’ve had arguments that they should’ve won what proved to be an end-to-end game at the Dyke Road venue.

Athlone Town perhaps shaded proceedings in the first half and were unlucky to go in behind at the break after Wilson Waweru’s sumptuous curling effort nestled in the corner of the net.

The away side grabbed a second half leveller from the penalty spot through Dean Williams after he was fouled by Cian Murphy.

Athlone threatened United’s goal in the early goings when Evan Pierce got a head to Dean Casey’s cross, but he guided the ball off target.

Marc Ludden had United’s first real chance of note. The full-back attempted to bend a free-kick around the wall and into the bottom corner, but the ball ended up in the side netting. 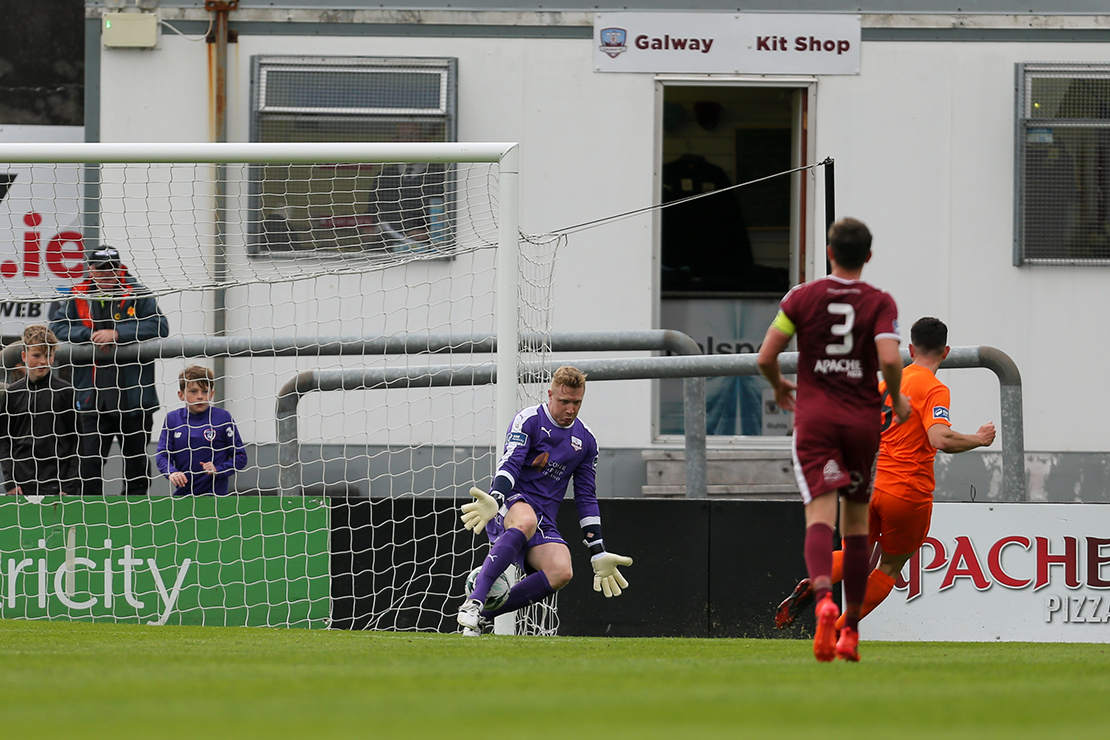 Mark Hannon whipped in a shot from 25 yards, but it was straight at Athlone goalkeeper Aaron Myles, who saved comfortably.

Athlone should’ve taken the lead when Hannon played a pass blindly into the centre that Athlone capitalised on. With United stretched, the ball was eventually worked to Shane Dunne, who drilled a low shot that Kevin Horgan did brilliantly to save.

Horgan had to be alive to another effort from Dunne just a minute later, but the midfielder headed straight at the Tribesmen’s netminder.

United broke the deadlock somewhat against the run of play on the half hour mark. Marc Ludden fed the ball to Dara Costelloe on the left wing and he stepped infield before squaring to Wilson Waweru, who planted the ball into the far corner with a fine finish. 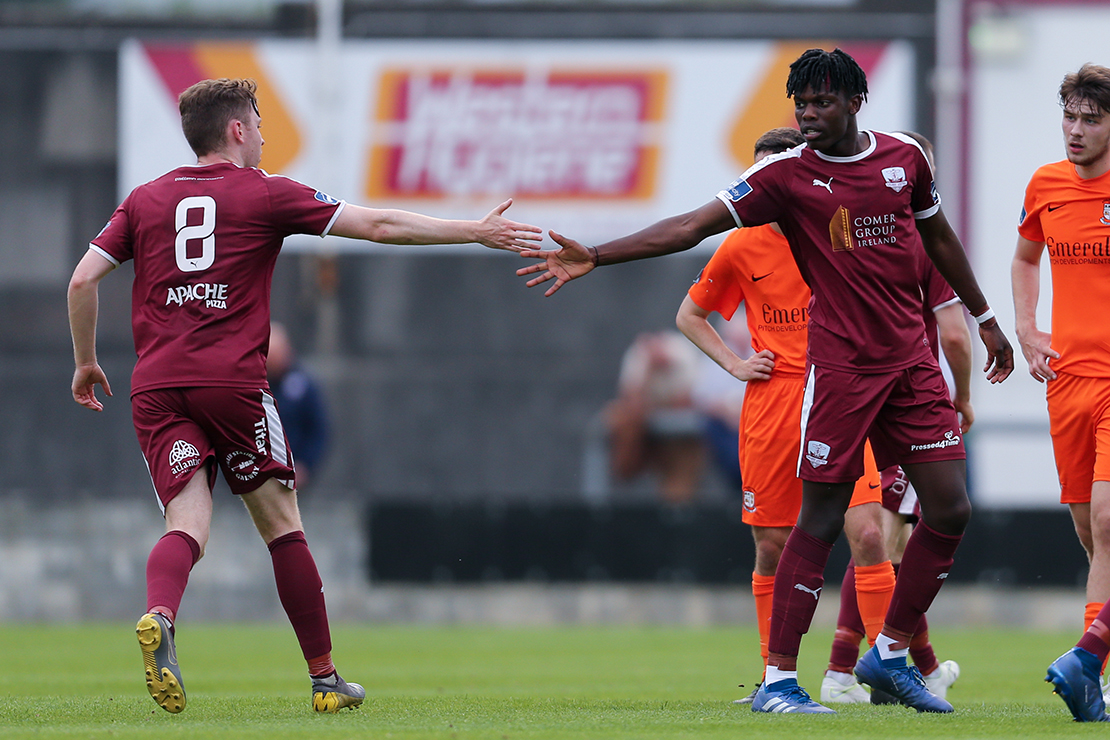 Christopher Horgan ensured United went into the half time break with a lead when he made a crucial interception to deny Dean Williams, sweeping his shot off the line.

Wilson Waweru could’ve doubled United’s lead just three minutes into the second half. Conor Melody showed real awareness to slip the ball to the unmarked Waweru, but on his weaker left foot, he leaned back and side-footed over.

Vinny Faherty got on the end of an inviting cross from Christopher Horgan, but the experienced striker saw his headed effort gathered by Myles.

Kevin Horgan came to United’s rescue shortly after the hour mark when it looked like a formality that Athlone would score. The ball was squared to Dean Williams in the box, who was totally unmarked, but Horgan spread himself brilliantly to deny the striker.

There was little Horgan could do about Athlone’s equaliser however. Cian Murphy allowed the ball to bounce in the box and he clumsily knocked into Williams, who made the most of the contact before sending Horgan the wrong way from 12 yards after the referee awarded the spot-kick. 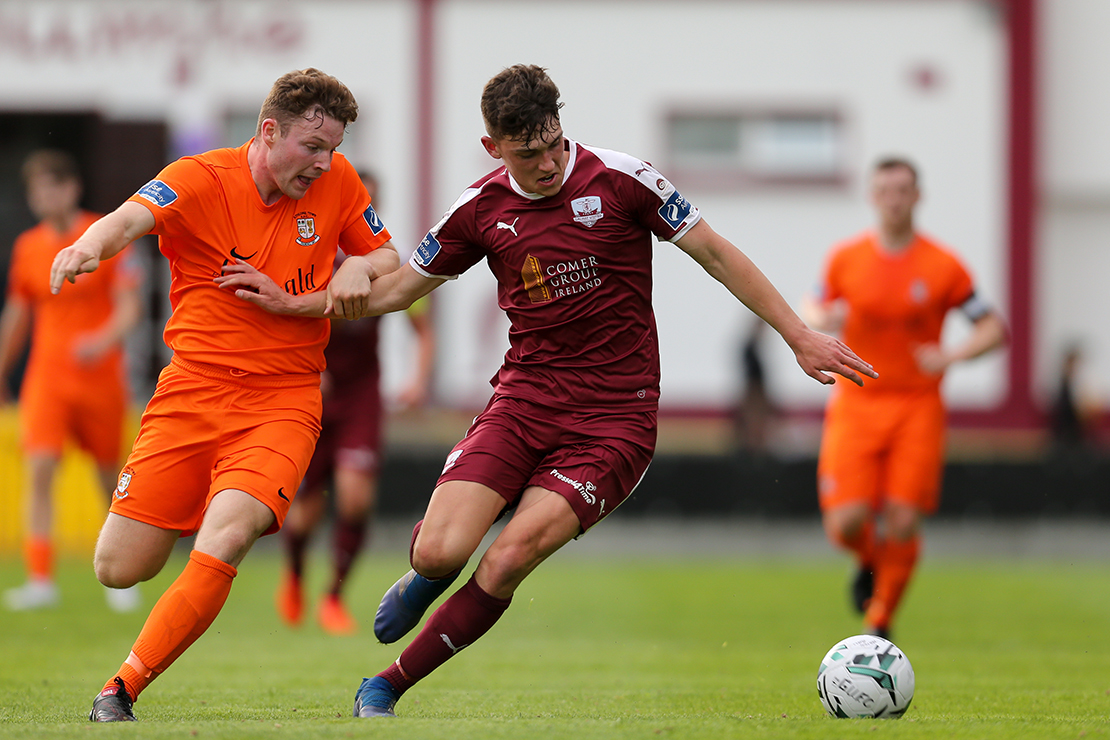 Dara Costelloe went close to re-establishing a lead for United once again when Marc Ludden delivered a cross for the winger to attack in the box, but Costelloe didn’t get above the ball enough and headed over.

Conor Melody’s free-kick deflected into Vinny Faherty’s path, but from a very tight angle, Aaron Myles did well to save.

United went so close to grabbing a winner when the ball dropped to Jack Lynch inside the box from a Marc Ludden long throw, but he leaned back too much and snatched at it.

Lynch had another bite at the cherry in injury time when Vinny Faherty set him up with a clever back-heel in a crowded penalty area, but once again the angle was unkind, and Myles saved.

Athlone could’ve snatched it late on, but the Horgan brothers ensured the home side grabbed at least a point from the game. Firstly Christopher swept Dean Williams goalbound shot off the line for the second time in the game and then Kevin also denied Williams in a one-on-one situation deep in injury time.