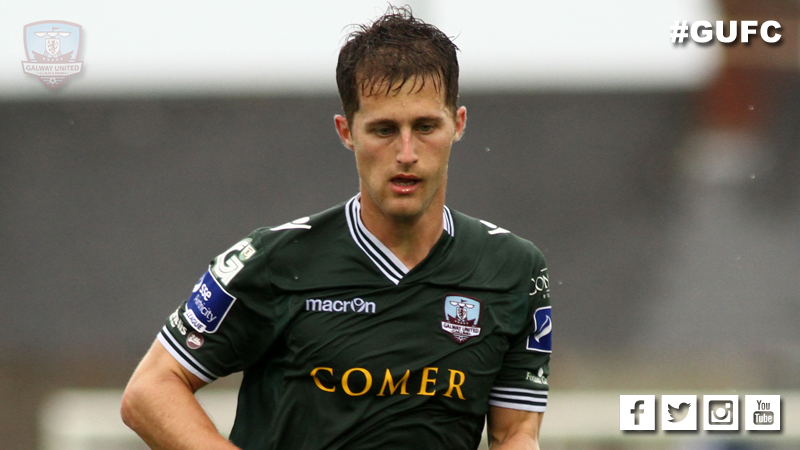 A Galway United side missing 10 first team players through injury and suspension secured a hard-earned point against Drogheda United at Eamonn Deacy Park on Friday night.

Under 19 players Aran McConnell, Antaine O’Laoi and Conor Melody were drafted into the starting XI and all three held their own in a very tight encounter by the banks of the Corrib.

The hosts made a bright start to the game. Antaine O’Laoi swung a corner into the six-yard box but Samuel Oji couldn’t poke the ball home from close range.

Drogheda marksman Lee Duffy almost caught the home side on the hop when he turned and shot inside the box, but Ger Hanley was equal to his effort.

Michael Schlingermann then thwarted David O’Leary, when the Mayoman got a strong hand to his free-kick, which was destined for the top corner.

Drogheda stretched the hosts when their captain Mick Daly, switched the play to the opposite flank, Jason Marks hooked the ball back across goal but Hanley anticipated the danger and he palmed the ball away from goal.

Hanley had to be at his best again moments later to deny Tiarnan Mulvenna after the former Dundalk man was played through on goal.

Galway United grabbed an opener just one minute before half time, Jake Keegan’s tireless work paid off when he followed in Conor Melody’s flick on, Michael Schlingermann raced out of his goal but the American got to the ball first and he deflected the ball off the Drogheda keeper’ before tapping the ball into the net.

Confusion early in the second half between Alex Byrne and Ger Hanley almost gifted Drogheda United a leveller but Lee Duffy cracked his shot into the side netting.

Drogheda defender Robert O’Reilly stayed forward after a corner was cleared, a second ball was delivered into the box, O’Reilly nipped in to apply the finishing touch but Hanley denied him from close range.

An early ball out of Galway United’s defence set Jake Keegan away, the American got the better of Alan Byrne but Michael Schlingermann saved his low effort easily.

Conor Melody then went on a mazy run, beating two Drogheda players before shooting low but his shot was straight at Michael Schlingermann.

Sean Thornton could’ve won it for Johnny McDonnell’s side late on but thankfully for the hosts, he headed wide after Jason Marks hung a corner deep into United’s box.