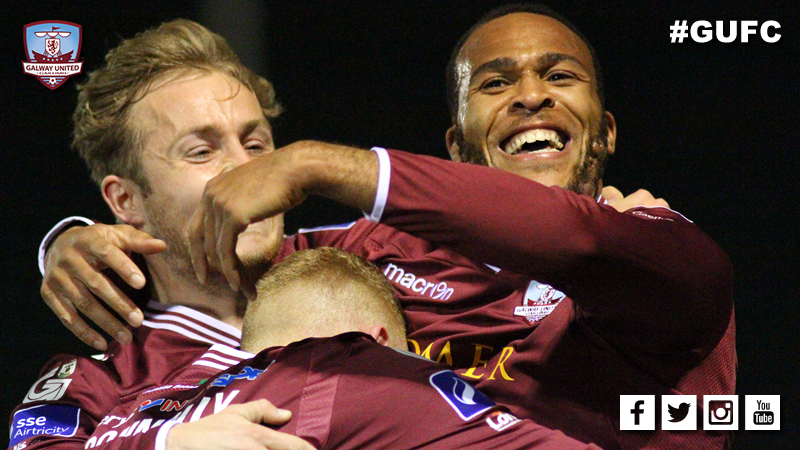 Derry City came from behind at Eamonn Deacy Park to claim the 3 points on the opening night of the SSE Airtricity League Premier Division season.

A very positive opening period bossed by Galway United produced a goal through defender Sam Oji in the 19th minute. The Candystripes came back into the game early in the second half when Sean Houston turned the ball home at the back post and in the closing stages, young Derry City striker Ryan Curran stunned Eamonn Deacy Park, as he unorthodoxly bundled the ball into the bottom corner, past Connor Gleeson.

Young midfielder Alex Byrne missed the clash due to a suspension being carried over from last season.

Marc Ludden failed a late fitness test, with centre-half Stephen Walsh filling in at left back and Andy O’Connell partnering Sam Oji in the centre of United’s defence.

FIRST HALF
In front of the watchful eyes of President Michael D. Higgins, both sides took their time settling into Friday night’s contest at Eamonn Deacy Park. 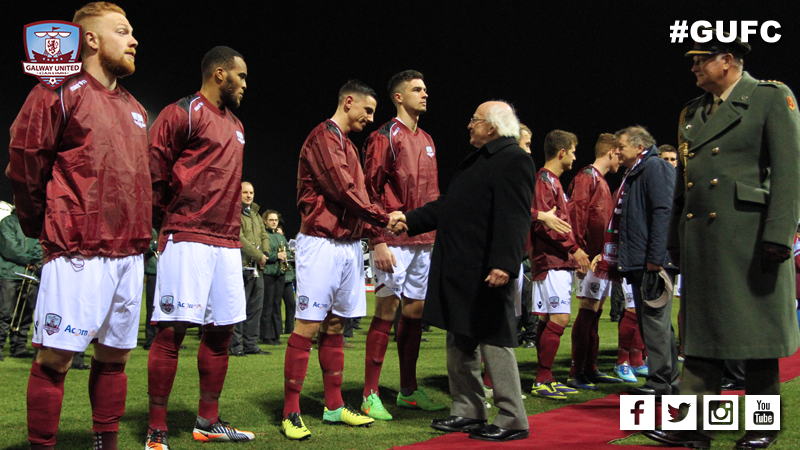 It wasn’t until the 18th minute that either side could forge a chance. Jake Keegan swung a cross towards Gary Shanahan who seemed to get the better of defender Dean Jarvis, but the former Institute man recovered well and headed just wide of Ger Doherty’s post.

From the resultant corner, United hit the front. Ryan Connolly curled a perfectly placed in-swinging corner into the box and Sam Oji launched himself at the ball, smashing a header past Doherty.

The home sides’ tails were up and Enda Curran almost doubled the lead when he turned Derry City defender Shane McEleney beautifully, but he found Ger Doherty in inspired form, who made a fantastic save to keep Derry City in the contest. 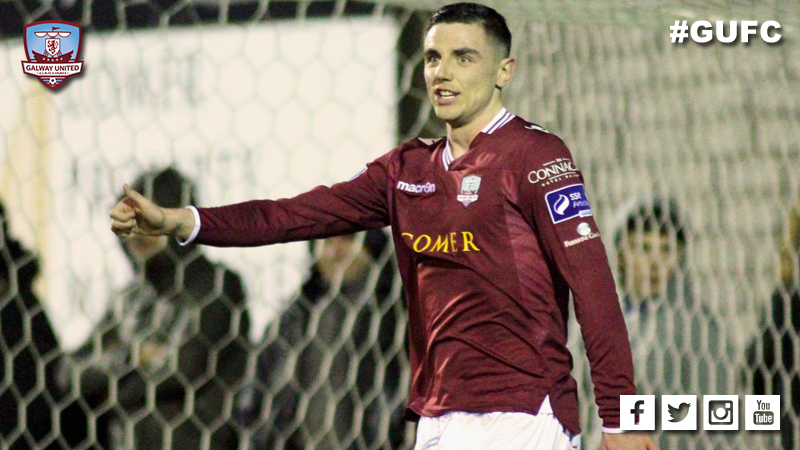 Derry winger Paddy McEleney gave the home supporters a glimpse of the class he possesses five minutes before half time, when he got to the byline and then cut in on his left foot and smashed a shot goalward, but Gleeson did well to deny him, spreading himself well at his near post.

In first half stoppage-time, Derry City striker Ryan Curran was located at the back post with a cross but Sam Oji showed all his experience to shepherd the ball out of play.

SECOND HALF
Both sides were battling for supremacy in the first ten minutes of the second half, without really troubling each other.

Derry City did punish United however, after catching the home side on the counter attack. Paddy McEleney got to the byline before pulling a ball back across the 6-yard box, which seemed to evade everybody except City winger’ Houston, who tucked the ball home at the back post with his right foot. 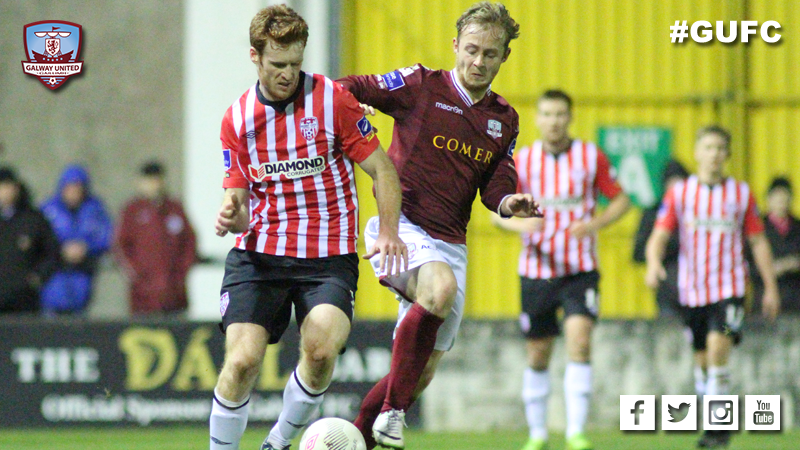 The goal seemed to shellshock United and the home side were penned into their own half for a 15 minute period.

Derry City winger Josh Daniels, who switched flank at half time and seemed to have more joy in the second half, beat two United players before shooting with his left foot but his effort lacked power and Gleeson gathered easily.

It seemed like the game was destined for a share of the spoils with ten minutes to go, but Derry City grabbed an unlikely winner when Paddy McEleney again provided the telling cross, this time from the opposite flank and Ryan Curran deflected the ball past keeper’ Connor Gleeson.

United brought Jason Molloy and Padraic Cunningham on to try and grab an equaliser but Derry City’s experience told in the end and they departed Eamonn Deacy Park with all three points, after ruthlessly taking their chances when presented with them.

There were a lot of positives for United to take into Monday evening’s EA Sports Cup first round tie against Finn Harps at Eamonn Deacy Park. Kick off: 7.45pm.