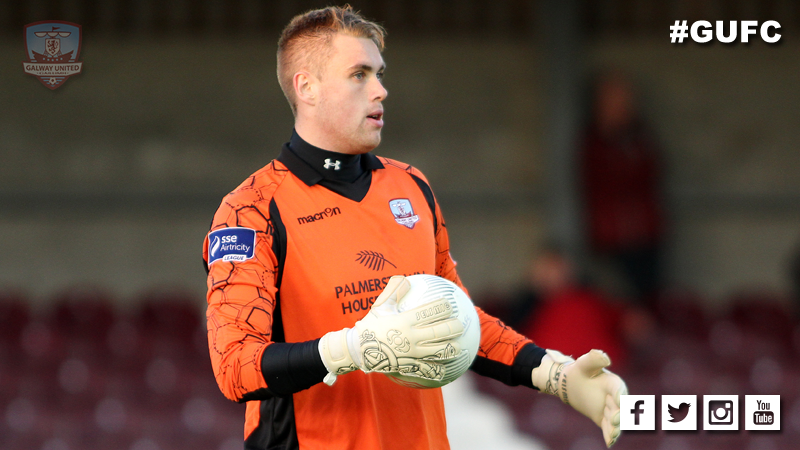 Inspired goalkeeping from Conor Winn and two second half strikes from Enda Curran were enough to secure a valuable three points for Galway United against Sligo Rovers in the Connacht Derby at Eamonn Deacy Park.

Curran pounced on a loose ball in the box to open the scoring and just two minutes later, he looped a header over Richard Brush to give the home side some breathing room after they weathered the storm from Sligo.

Micky Adams side’ flooded forward in search of a goal and Dinny Corcoran bundled the ball home after a scramble in the box five minutes from time.

The Bit O Red thought they grabbed an equaliser three minutes later, but Morten Nielsen’s sweet volley was ruled out for offside.

With 10 minutes gone, Gary Shanahan flicked on Ryan Connolly’s free-kick but Richard Brush was well-positioned to save.

Conor Winn had to be alert to snuff out a dangerous Sligo attack, Sander Puri was lurking but United’s ‘keeper dived bravely at the wingers feet to smother the loose ball.

Morten Nielsen then spotted Conor Winn off his line and the Danish striker tried an audacious lob from all of 30 yards but he shot over.

Sligo top-goalscorer Dinny Corcoran broke through on goal, Conor Winn rushed from his goal to narrow the angle and he batted Corcoran’s low shot away with his feet.

Tim Clancy then drew another impressive from Conor Winn with a bicycle kick, Clancy made a crisp connection with the ball but he couldn’t find a way past Winn.

Sligo continued to probe for an opener and Tim Clancy was again denied by an instinctive save from United’s netminder, Clancy met Myrie-Williams corner with a powerful header, he looked certain to score but Winn’s save meant United were lucky to go into the half time break on level terms with Sligo.

Early in the second half, Morten Nielsen had United on the backfoot, he drove at goal before feeding the ball to Dinny Corcoran, who hesitated before trying to round Conor Winn but the 6’6 ‘keeper got an outstretched hand to the ball and Corcoran was thwarted again.

United struggled with Morten Nielsen’s hustle and bustle at stages in the game and he shot powerfully, demanding another save from Winn, the rebound broke to Dinny Corcoran 6 yards out, but he made a hash of his effort, blasting over.

In the 65th minute, United turned the tables and broke the deadlock. Conor Melody swang a boot at the ball, his skewed effort fell perfectly to Enda Curran and he made no mistake, rolling the ball home. 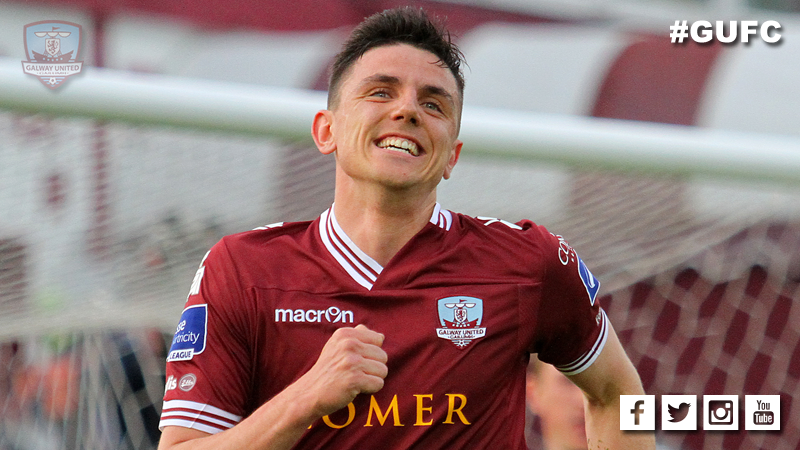 United shell-shocked Sligo just two minutes later. A kick-out from Conor Winn was allowed to bounce deep in Sligo territory, Enda Curran muscled his way into a good position and he looped a header over a hapless Richard Brush.

Keith Ward floated a free-kick to the back post, Raf Cretaro took the ball under control but he hooked his effort wide.

Sligo threw men forward in search of a lifeline and their most reliable goalscoring source provided hope, Dinny Corcoran fumbled the ball into the net to ensure there would be a nervy 5 minutes at Eamonn Deacy Park, plus stoppage time.

The away side thought they grabbed a timely equaliser when Morten Nielsen cracked a powerful volley low into the bottom corner of the net but the linesman’s flag was up early and the goal was ruled out.

Despite some late forrays forward from Sligo, United held on for an important league win which sets them up nicely for next weeks crucial league match against Limerick FC at Eamonn Deacy Park.