Galway United almost staged a miraculous comeback at Eamonn Deacy Park on Tuesday evening, when the Tribesmen pulled two goals back after going 3-0 down but the visitors Dundalk FC punished United in injury-time with a late sucker-punch.

On a windy and rainy evening by the banks of the Corrib, it was Stephen Kenny’s men who started more purposefully. Dundalk winger Darren Meenan floated a cross to the back-stick where David McMillan was lurking and he guided his header towards the top corner but United keeper’ Conor Winn pushed the ball wide.

Meenan was involved again moments later when he whipped in another inviting delivery from a corner kick, which found Dundalk centre-half Andy Boyle, but his header was straight at Conor Winn.

United carved a chance of their own from a set-play when Ryan Connolly’s out-swinging free-kick asked questions of the Lilywhites rearguard, Galway United top-scorer Enda Curran rose highest in the box and he made a good connection with the ball but Gary Rogers made a comfortable save. 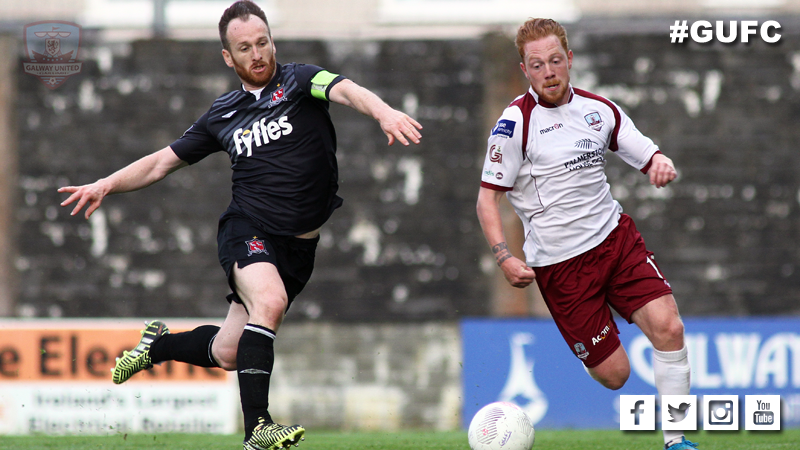 Dundalk should have hit the front when Ronan Finn did trojan work on the right wing before clipping the ball to the backpost but Dundalk winger Daryl Horgan snatched at the ball, first-time, and he fired well over.

On the half hour mark, Dundalk tested Conor Winn once again when frontman David McMillan turned cleverly on the ball before having a snapshot that demanded a smart save of Winn.

The Lilywhites pressure did pay off eventually in the 35th minute. Richie Towell was upended by Marc Ludden around 25 yards from goal, Dundalk’s top-scorer dusted himself down before curling his free-kick into the top corner.

Andy Boyle almost benefited from another Darren Meenan corner, but on this occasion, he headed just wide of the post.

Dundalk continued to pile the pressure on and David McMillan forced Winn into another important save as the league-leaders searched for a second goal. 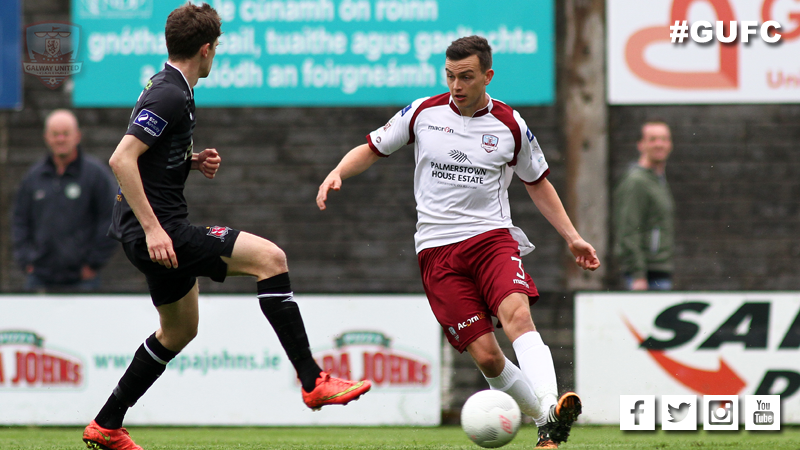 United’s best chance of the half fell to Jake Keegan. Ryan Connolly threaded the ball through to Keegan and he shot across Gary Rogers and wide of the post.

Fifteen minutes into the second half, Dundalk continued where they left off. Left-back Dane Massey ventured forward for a corner and he headed powerfully past Conor Winn after Darren Meenan delivered another dangerous set piece.

Galway United substitute Padraic Cunningham made an immediate impact, warming Gary Rogers gloves with a stinging effort from outside the box.

Dundalk added a third goal in the 67th minute when Richie Towell showed deftness and skill to keep his volley down and he blasted into the roof of the net when the ball broke to him at the edge of the box.

The game seemed dead and buried but United pulled a goal back when Enda Curran curled a beautiful low free-kick around the Dundalk wall into the bottom corner.

That was Curran’s 10th goal of the season and there was hope for the home side.

Former Galway United defender Paddy Barrett then got in a defensive mix-up which allowed Padraic Cunningham to get through on goal and he slotted past Gary Rogers with a composed finish. 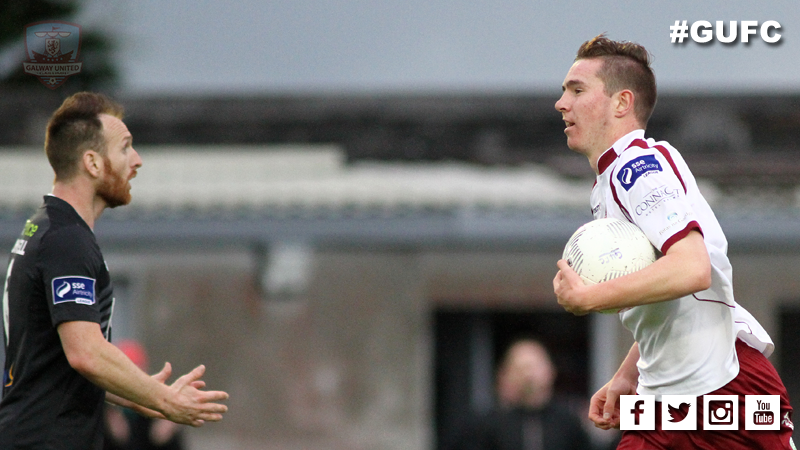 On the stroke of 90 minutes, Gary Shanahan had a huge chance to draw the sides level after the ball broke to the Limerick natve at the back post but he couldn’t guide the ball past Gary Rogers, who pulled off a match-winning save for Dundalk.

United threw caution to the wind and every player was sent forward for their stoppage time corner-kicks, including Conor Winn, and Winn almost did the unthinkable when he made a connection with Ryan Connolly’s corner kick but Dundalk smashed the ball off the line.

Dundalk punished a lapse in concentration when they caught United in possession in their own half in injury-time, Daryl Horgan got in behind the home sides defence before crossing for substitute John Mountney and he side-footed past Conor Winn from close range to seal the win.