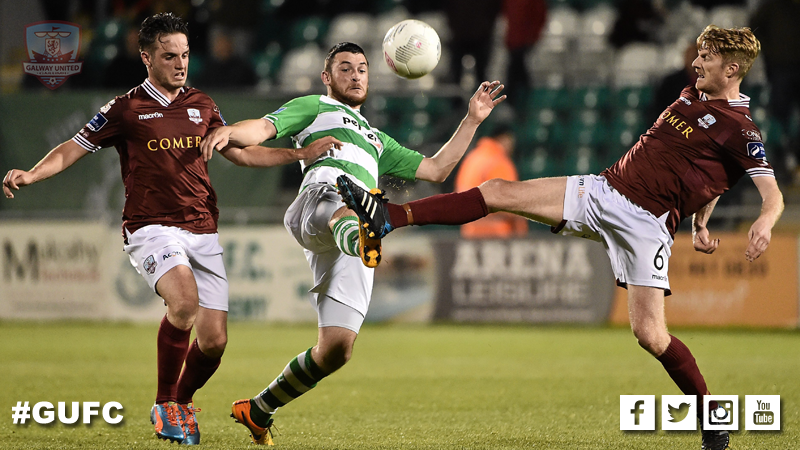 Anxious to guarantee European football for the 2016 campaign, Rovers were far too crafty for a depleted Galway side.

In first half stoppage-time Gavin Brennan headed the Hoops into a deserved lead and Danny North added a second in the 66th minute.

With Galway keen to be safe and solid early on the opening quarter was tight, and the visitors’ had a penalty claim waved away by referee Anthony Buttimer in the 20th minute.

On a trip into Rovers territory Jake Keegan had an effort blocked by Ryan Brennan, but Buttimer decided that a spot-kick wasn’t warranted.

Miele was causing Galway problems with skipper Paul Sinnott bravely denying the Rovers youngster on the half hour mark.

In the 37th minute Danny North shaved the woodwork with a delightful volley as Galway survived another significant scare.

But the Hoops hit the Galway net on the stroke of half-time when Gavin Brennan scored at the second attempt -heading home while on the ground after his first shot hit the post.

Galway were fortunate to only be trailing by one at the break as Winn was required to make a fine stop to thwart Miele.

When the action recommenced Galway came close to levelling on 48, but Conor Barry just failed to connect with a Gary Shanahan cross following a clever Jake Keegan pass.

Rovers pounced for a second in the 66th minute when Gavin Brennan outfoxed Kilian Cantwell which enabled North to supply the close-range finish.