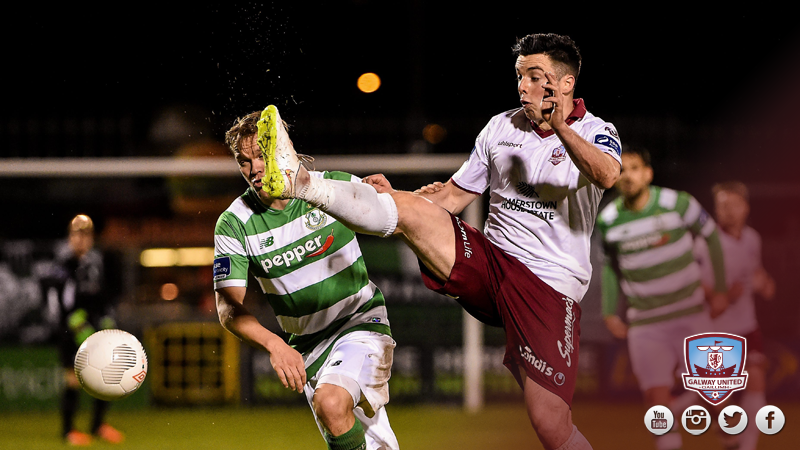 Brandon Miele fired Shamrock Rovers in front after just 8 minutes at Tallaght Stadium on Friday night. Hoops substitute Trevor Clarke then made sure of the points for the home side with a late strike, on the break.

Despite the away side creating four or five gilt-edged opportunities when Rovers were just a goal ahead, a combination of poor finishing and good shot-stopping from Barry Murphy preserved Rovers’ lead, until they hammered in a second goal with a swift counter attack.

Shamrock Rovers’ goalscorer Brandon Miele appeared to handle the ball in the lead up to the home side’s opener, which United players protested, but Miele continued towards goal virtually unopposed and he cracked a left-footed effort into the bottom corner out of Kevin Horgan’s reach.

United looked to hit back through Padraic Cunningham, who saw his close range shot blocked after Kevin Devaney crossed from the left wing.

Vinny Faherty then timed his run excellently before trying to guide Gary Shanahan’s cross into the top corner but his effort shaved the top of the bar.

Shamrock Rovers midfielder Killian Brennan then played a neat through ball to striker Mikey Drennan, but he skied his effort well over.

Mikey Drennan had another big opportunity to get his name on the scoresheet just before the interval, but his cushioned header landed inches wide of the post.

On the stroke of half-time, Barry Murphy pulled off a fantastic save to deny John Sullivan. Kevin Devaney once again provided the cross, John Sullivan bulldozed into the box, rising high, but his looping header was pushed to safety by Murphy. 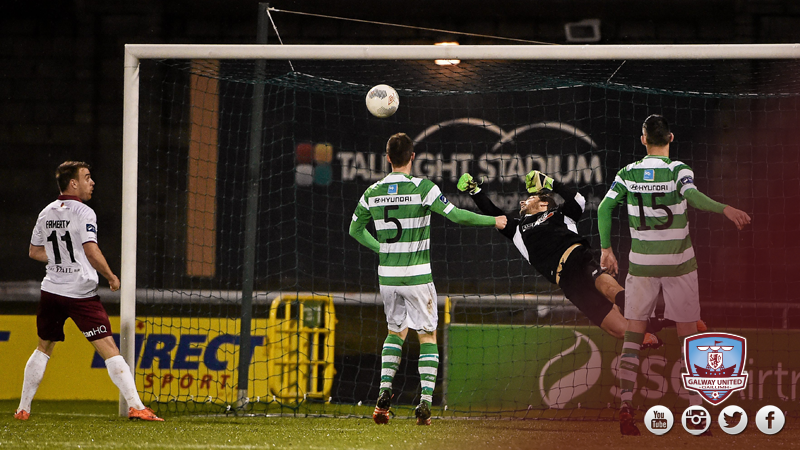 The second half was largely dominated by United, but a breakthrough never came and Shamrock Rovers sat in and defended their one goal lead.

On the hour mark, the bounce of the ball seemed to confuse Rovers’ goalkeeper Barry Murphy, who rushed off his line, and Gary Shanahan saw his header, which lobbed Murphy, crash off the crossbar.

In the 78th minute, Gary Shanahan crossed for Ruairi Keating, who was totally unmarked, but he couldn’t direct his header on target, when he really should have hit the target.

With just two minutes remaining, Shamrock Rovers added a second goal. Gareth McCaffrey smashed the ball across goal, Paul Sinnott swung wildly at the ball, but it fell to Trevor Clarke at the back post, and he shot powerfully, beating Kevin Horgan at his near post to make sure of the points.