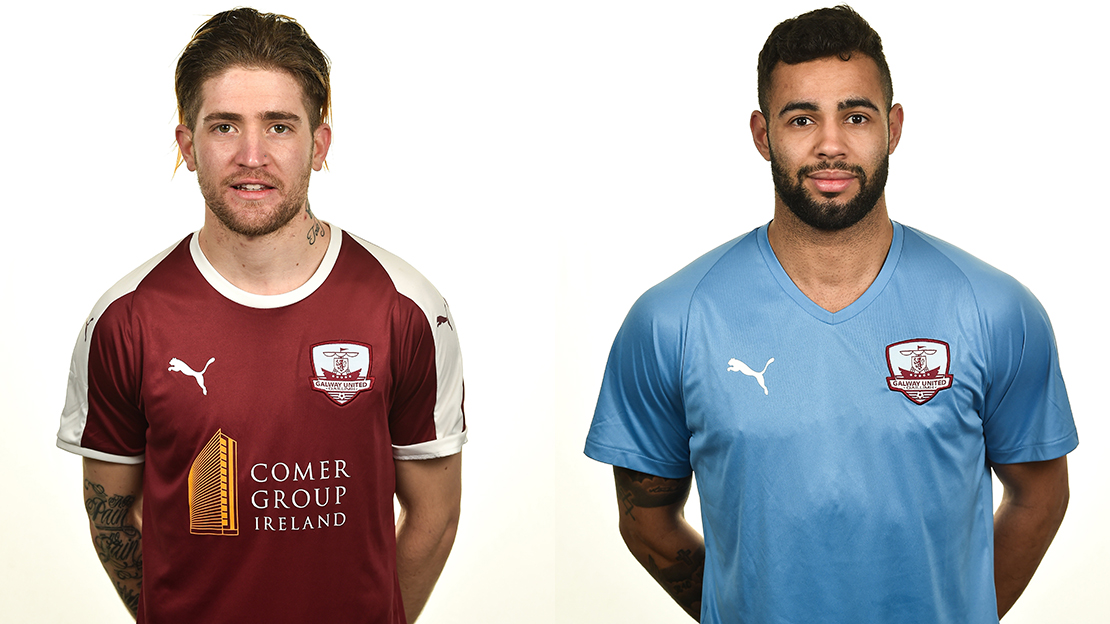 Alan Murphy has finalised his squad for 2019 with the signings of Ivan Gamarra and Andreas Werner.

Alan Murphy spoke to www.galwayunitedfc.ie about the two final additions to his squad for 2019.

“Ivan came to our attention very early in pre-season, when we held open trials, which attracted a lot of players with a variety of qualities,” he explained.

“The purpose of those open trials was to attract players like Ivan, who wouldn’t normally be on our radar. It’s a huge plus for Galway United management that the outside the box thinking we did as a club has unearthed a gem like Ivan Gamarra.

“Coming from Argentina, physicality was never going to be an issue with the player. Ivan has bedded in very quickly in terms of football style. He’s a technical player, who is extremely combative and very economical with the football.

“Ivan is perfect for the project we have, he’s an ambitious young player that needs an opportunity to prove himself. He’s hugely invested in Galway United in terms of moving here, setting himself up and really buying into what we’re trying to do as a club.”

Andreas Werner will provide stiff competition for Kevin Horgan and James Tierney for the number one spot in 2019.

“He’s extremely comfortable with the ball at his feet, his reactions, distribution of the ball and command of his area is very good.

“Andreas fits perfectly into the way we want to play and he provides the communication and leadership that will be required at the back throughout the season.

“It will be an exciting season for Andreas, he will have to fight for that number one spot with Kevin Horgan and James Tierney.

“I’m delighted with the three keepers that I’ve been able to bring into the club for the coming season. We have three technical keepers, they all bring different dimensions and strengths to the squad.

“It’s going to be exciting for all three to work together and learn from each other and to try and nail down that spot in the team once they get an opportunity.”

Ivan Gamarra will wear the number 17 jersey, while Andreas Werner dons the number 16 for United.

Werner made his competitive debut for United against Wexford FC on Friday night in Ferrycarrig Park, replacing the injured Kevin Horgan.

Ivan Gamarra has received his international clearance and could make his first appearance for the club against Athlone Town on Monday night in the EA SPORTS Cup.