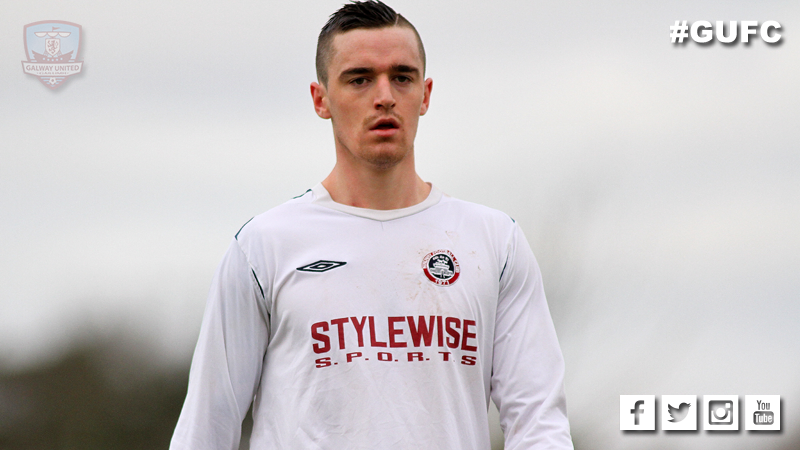 Galway United manager Tommy Dunne has completed a double signing, adding Kevin Horgan and Colm O’Donovan to his squad for the second half of the season.

Horgan is a young goalkeeper, who joins from Salthill Devon’s U19 team. The eighteen year old has been training with Galway United’s first team for a number of months.

O’Donovan, 24, is a striker who joins from Galway junior side, Athenry FC. O’Donovan played an influential role in Athenry winning the Junior Premier Division title.

Speaking to www.galwayunitedfc.ie, United boss Tommy Dunne said: “We’re pleased to bring Kevin and Colm into our group. We’re currently bringing them up to speed and we’re confident that they can progress as players at Galway United.

“Kevin Horgan is a bright young keeper, who’s also eligible for our U19 side. He’s gaining a lot of experience with us, he’s been training every day with the first team and we’re hopeful that he can progress to be a solid League of Ireland player, like his brothers, Colm and Daryl. I think both Colm and Daryl have drive, discipline and they’re both good trainers. They’re a credit to their family and we’re hopeful that Kevin can do well also.

“Colm O’Donovan has a GAA background with Corofin. He’s a big, strong, physical striker who has done very well locally with Athenry in the Junior Premier Division. He has a lot of the tools required to do well at this level and if he gives it his all, I think he’ll have a bright future playing Premier Division football. He could be a real handful for defenders.”