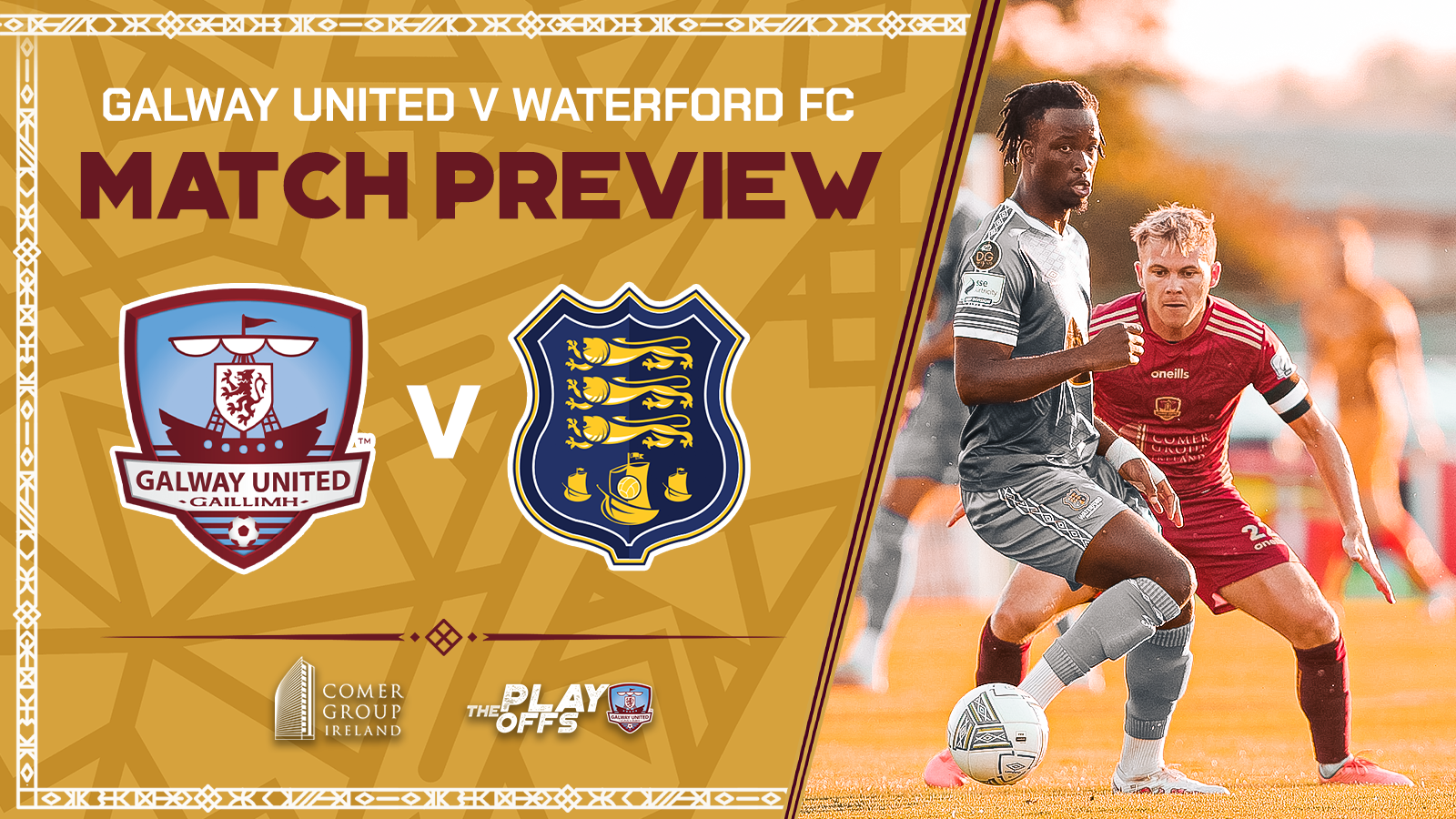 ‘It’s a big game, and we will have a big travelling support.”- John Caulfield, Manager.

A big crowd is expected in the Markets Field for tonight’s First Division Play-off final. Both teams have it all to play for, with the winners facing UCD in next week’s Promotion/Relegation decider. Tickets for the game can be purchased HERE

The Tribesmen qualified for the play-off final after defeating Longford 5-2 over two legs. David Hurley put United into the lead with a first-half strike before late goals from substitutes Mikie Rowe, and Rob Manley wrapped up an impressive victory.

Waterford overcame this evening’s hosts, Treaty United, 7-4 in their respective semi-final victory. An in-form Phoenix Patterson scored three goals over the two ties to bring his league tally to an impressive 17 goals.

Ahead of the game, United manager John Caulfield said:

“It’s a big game, and we will have a big travelling support,” Caulfield told the club’s media team.

“Waterford have been the form team for the second half of the season since the takeover by Fleetwood Town owner Andy Pilley.

The appointment of Danny Searle from England has had a significant effect, plus the recruitment of many English-based players at the break.

Alex Baptiste, Raúl Uche and Wassim Aouachria joined the quality players that were already there, Patterson, Junior and Taylor, which gives them a lot of experience from playing in the English leagues.

However, we are very much looking forward to the game.”