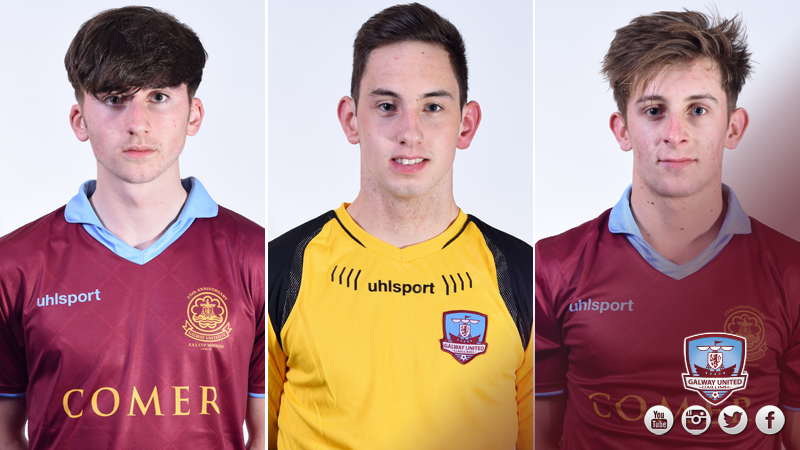 Galway United’s under-19 side get their season underway on Saturday when they travel to Champions Cork City.

Johnny Glynn has made 11 new additions to his squad, while also retaining 11 players from his 2015 squad.

Evan Murphy, Andrew Connolly, Kevin Horgan and Gary Kinneen are eligible for the first team and under-19 squads.

Glynn has brought in new additions from Galway, Mayo, Clare, Limerick and Laois in the off-season.

Midfielder Aaron Conway joins from Arlington AFC in Laois. Mikey Whelan joins from Avenue United in Clare, after a spell with Mervue United.

U-19 PLAYER AND STAFF SPONSORSHIP
• Complimentary Adult Season Ticket (value €160).
• Your name/company name listed under the player’s photo in all Maroon View matchday programmes.
• Your name/company listed on the clubs official club website (www.galwayunitedfc.ie) with a link to your own website if required.

Under-19 player and staff sponsors are filling up quickly, to enquire about availability, please contact the club office at 091-752762 or e-mail info@galwayunitedfc.ie.