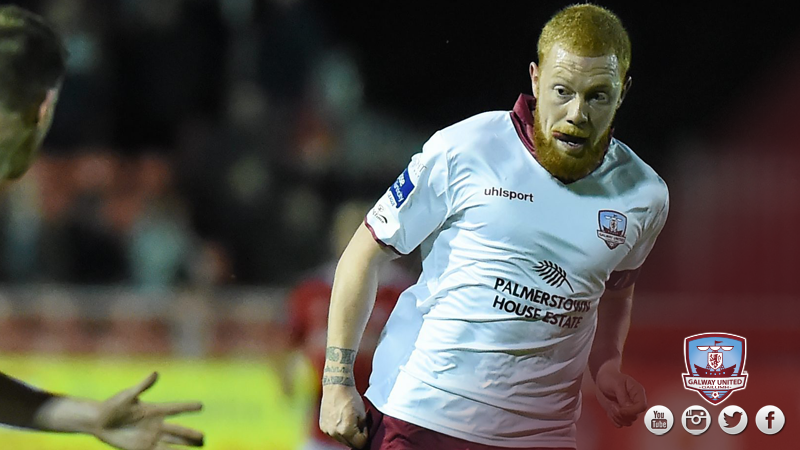 Tommy Dunne’s side got their 2016 campaign off to a flying start last week when they came from behind to beat St Patrick’s Athletic 3-1 at Richmond Park.

The visitors Bray Wanderers lost their season opener by the same scoreline. Reigning champions Dundalk overcame the Wanderers at the Carlisle Grounds on Saturday night.

The last time the two sides met, current United midfielder John Sullivan headed Bray Wanderers into a first half lead at the Carlisle Grounds but Gary Shanahan answered back with a lob from 25 yards.

Both clubs have strengthened in the off-season and they have aspirations of climbing the table and building on their respective 2015 finishes. Kick-off at Eamonn Deacy Park is at 7.45pm.

TOMMY DUNNE – “IT’S VITALLY IMPORTANT WE IMPROVE OUR HOME FORM.”
“It was the start to the season that we were looking for,” Dunne told www.galwayunitedfc.ie.

“We picked up the three points, now we can focus on the Bray Wanderers game with a positive frame of mind.

“We worked hard against St Patrick’s Athletic. Richmond Park is a tough place to go. There were a lot of positives to take from the game and now we’re looking to bring those into the Bray Wanderers game. We’ve got to make sure we’re focused.

“Bray Wanderers have aspirations of being a top six side, it’s not a forgone conclusion when beat a team like St Patrick’s Athletic that you’ll win your next game. It’s our goal to win of course, but if we’re not ready and we take things for granted, we could have a problem. 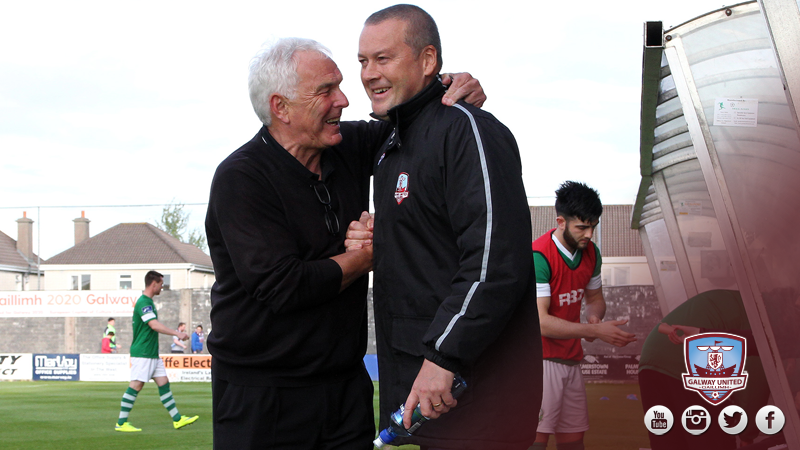 “Bray Wanderers gave Dundalk a head-start last week, nobody can afford to do that. They’ll try and rectify that against us.

“It’s vitally important that we improve our home form because it wasn’t good enough last year.

“The players must realise that there is an added pressure at home, there is an expectancy to perform in front of own supporters and that’s something that they’re getting used to.

“I’m hoping to see a big crowd at Eamonn Deacy Park to push the players on. We’ve got to use the crowd like we did last week. They really spurred us on at Richmond Park, especially when we went behind, and we’re hoping we can get the same effect at Eamonn Deacy Park.”

Marc Ludden (foot) is also ruled out of the visit of Bray Wanderers.

Alex Byrne (groin) is taking part in full training but he won’t be risked as he continues his lengthy rehabilitation.