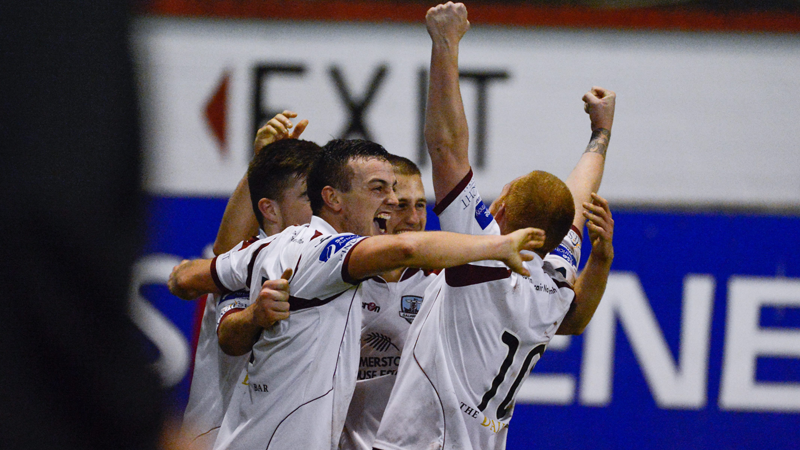 An away fixture follows against Bohemians on March 13 along with another home fixture against Johnny McDonnell’s Drogheda United on March 20.

After a whirlwind first season back in the SSE Airtricity League, Galway United won promotion after defeating Shelbourne and UCD in the promotion Play-offs and Premier Division football will return to the banks of the Corrib in 2015.

The mid-season break will take place from June 13th until June 25th.

Galway United Season Tickets are currently on sale from the office behind the Comer Stand at Eamonn Deacy Park between the hours of 10am-1pm and 2pm-5pm, Monday-Friday.

Season Tickets can be purchased from O’Brien’s Newsagents on William Street (CASH ONLY).

The Square Inn pub in Athenry and the Oakland Hotel in Glenamaddy are now selling Galway United season tickets.

If supporters have any season ticket enquires they should contact the Galway United club office at (086) 3301907 between the hours of 10am-1pm or 2pm-5pm, Monday-Friday or e-mail the club at info@galwayunitedfc.ie.