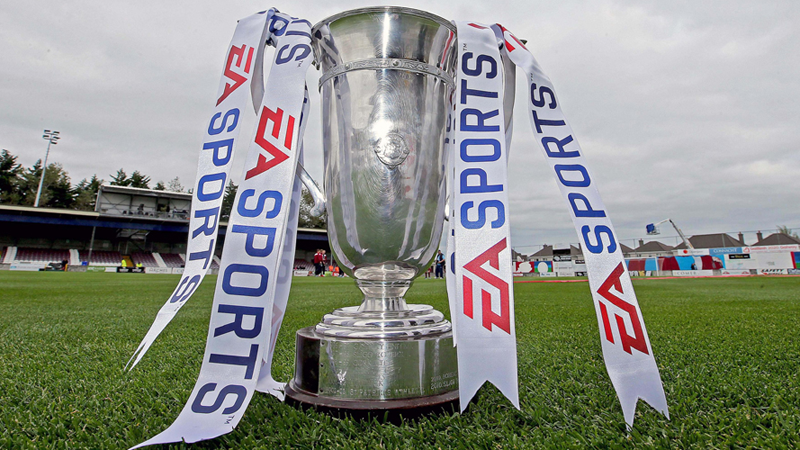 The first round draw for the EA SPORTS Cup has been made.

The competition begins the week of Monday, March 20th as holders St. Patrick’s Athletic, who recorded a 4-1 win over Limerick in last year’s final, will start their defence at home to Bluebell United.

The draw, which was made at the League offices at Abbotstown, also sees Wexford host South-east rivals against Waterford at Ferrycarrig Park and SSE Airtricity League Premier Division side Galway United host Mayo League.

The full EA SPORTS Cup first-round draw is as follows:

Matches to be played on Monday/Tuesday, March 20th/21st with dates and times to be confirmed at a later date.

Clubs who are involved in SSE Airtricity League fixtures on Saturday, 18th March are entitled to play their EA SPORTS Cup fixture on Tuesday, March 21st.