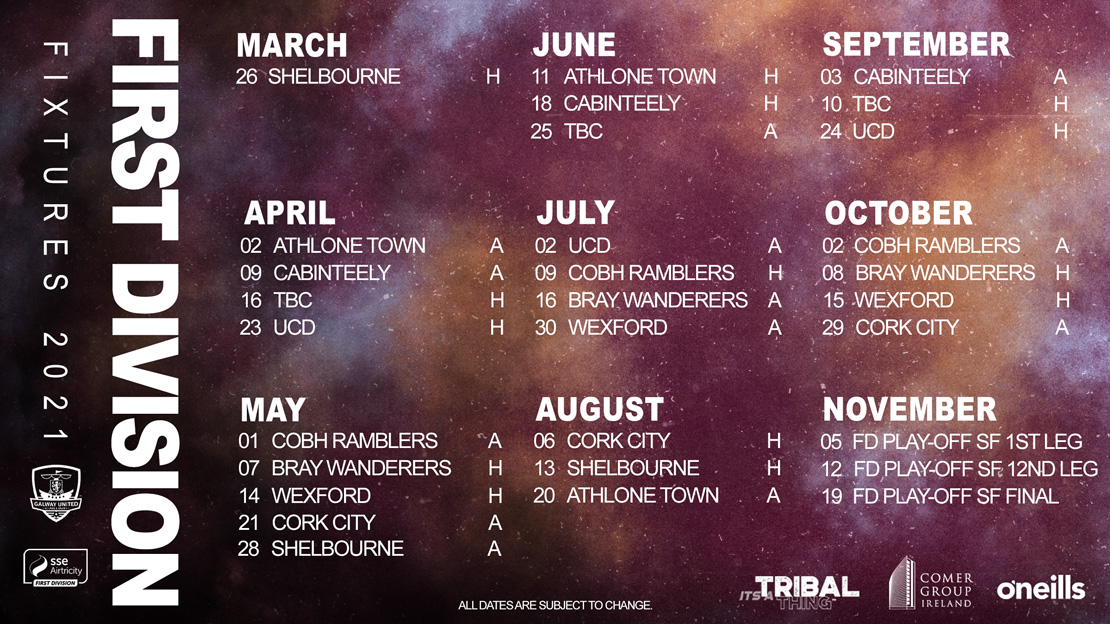 The SSE Airtricity First Division fixtures for the 2021 season have been confirmed.

As with previous seasons, these fixtures are being released before a final decision on licensing and feature a 10-team format for the new campaign with nine named teams listed.

Athlone Town, Bray Wanderers, Cabinteely, Cobh Ramblers, Cork City, Galway United, Shelbourne, UCD, Wexford – and one team designated as TBC ahead of the outcome of the licensing process later this month, which still involves all candidates.

If additional clubs are successful with their application for a First Division licence, and additional teams are granted entry to the First Division, the fixtures will be amended accordingly at the given time. All fixtures are subject to change. 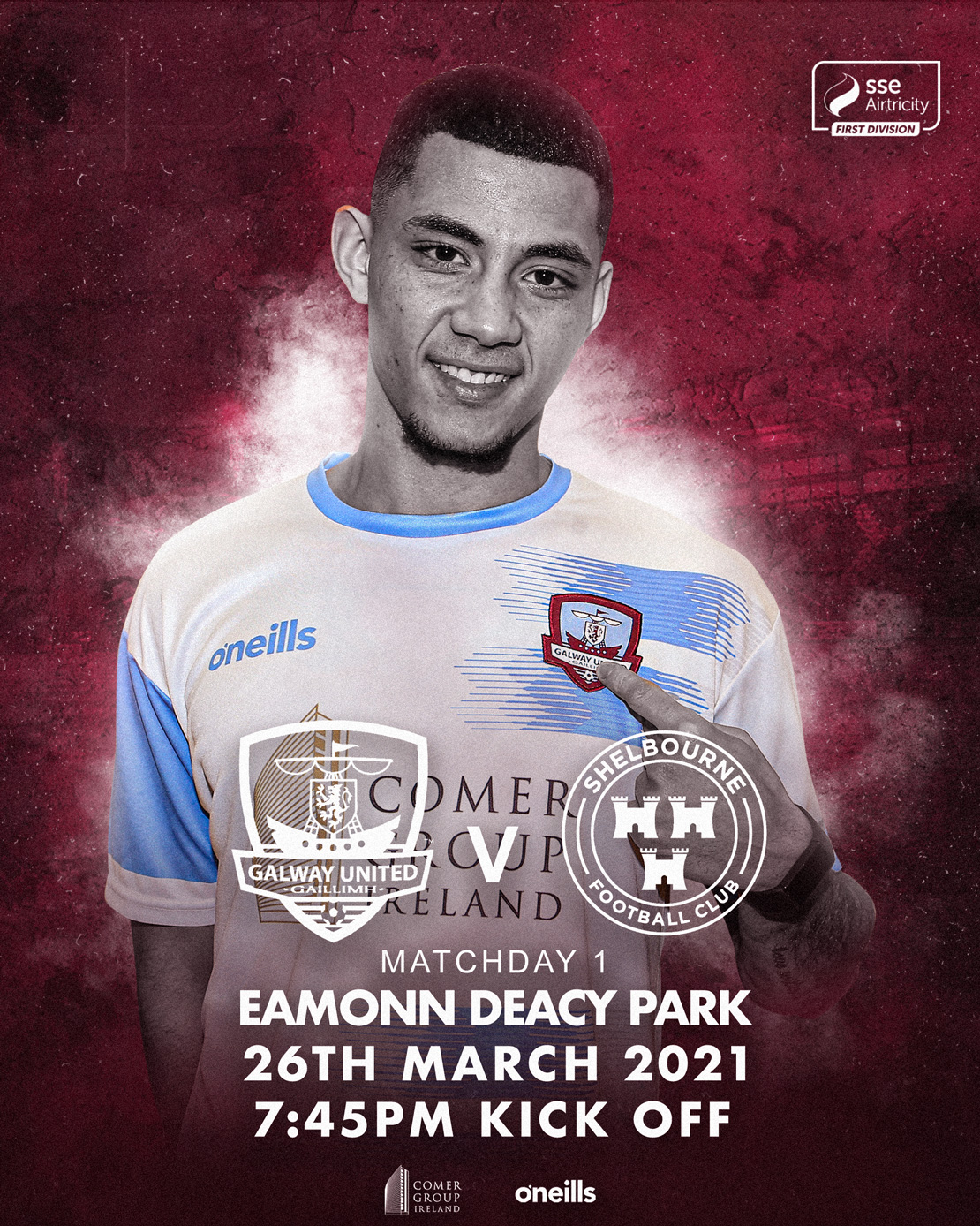