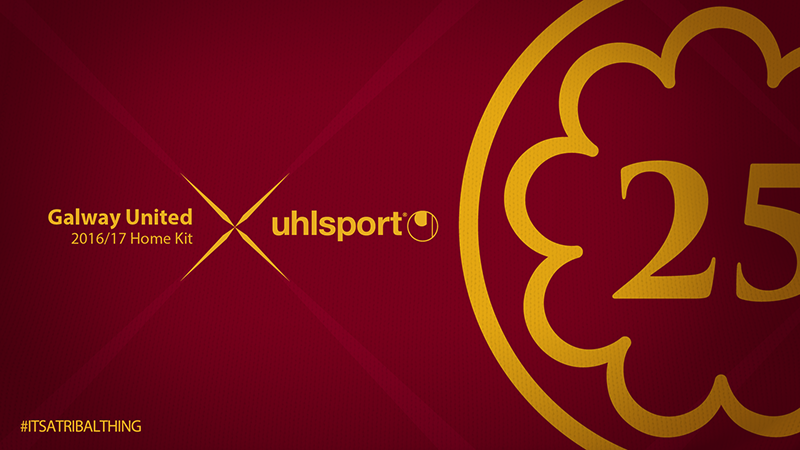 Tomorrow will see the unveiling of Galway United’s home kit for the SSE Airtricity League in 2016/17.

Manufactured by Uhlsport, the design draws inspiration from Galway United’s 1991 FAI Cup triumph, with 2016 marking the 25th anniversary of the victory. 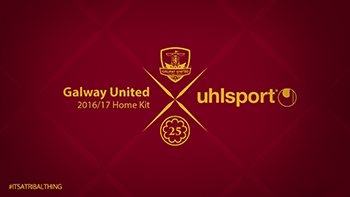 Local distributor Teamsport, operated by ex-Galway United player Peter Carpenter, are working in partnership with Uhlsport to supply kit and merchandise to the club for the next two seasons.

Carpenter is delighted to be involved in providing the anniversary kits, having himself played a starring role in midfield for United in the 1991 final.

PETER CARPENTER: “The design is certain to be a big hit with United fans, young and old alike”

“The jersey will be available for purchase later this week, along with a range of Galway United merchandise” Carpenter added.

The reveal will be made here tomorrow at www.galwayunitedfc.ie and through all our social media channels.