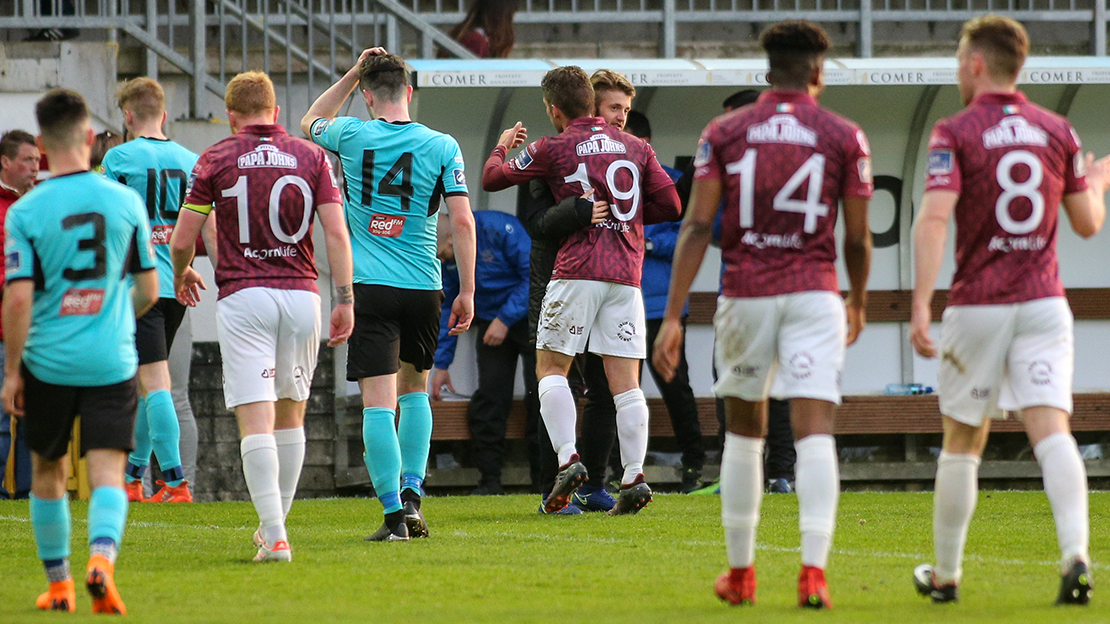 United returned to winning ways on Friday night against Cobh Ramblers at Eamonn Deacy Park, in what was a historic night for club legend Alan Murphy, who broke the long-standing club goal-scoring record set by Paul “Ski” McGee, scoring his 75th league goal for the Tribesmen.

Following Conor Barry’s five-minute brace, Murphy rounded off the scoring from the penalty spot, to a standing ovation from the Terryland faithful.

Murphy spoke to www.galwayunitedfc.ie about the victory and reaching the historic milestone.

“Friday night was a big point in our season. I think you can see the hurt from last week, everyone under-performed,” Murphy explained.

“That first half was better, we were a little bit more at it. Yes, the second half wasn’t great, but they pressed high and the game was over as a contest at half time. We needed to consolidate the win and I think we did that.

“We’ll move on to Athlone Town and three points there will put us in a good position. We have three games in seven or eight days. Everyone is going to have to be used. Tired bodies again but we’re a little bit more proud after that one tonight than what we gave last week,” Murphy continued. 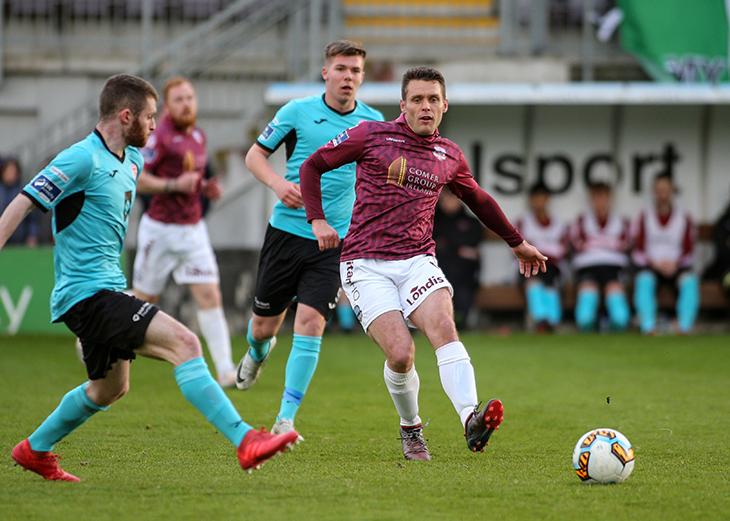 Shane Keegan’s charges will now look to build upon the this weekend’s result in Athlone on Friday night and Murphy is optimistic if cautious of the challenge of the Westmeath outfit.

“We’ll take it game by game. Athlone took a point off Finn Harps, so anything can happen in this league. We need to be professional, we need to go to Athlone and we need to kill the game. We need to have a real high tempo from the start. If it’s 65 or 75 minutes or half an hour that is needed to kill a game, we’ll do that and try to get out of there with three points and move on.

“This is a marathon, not a sprint. One loss, one bad result last week and it was very negative, but it was one loss. It’s not the end of the world, but we needed that performance on Friday night in the first half to show what we’re about. We work hard and we care. It’s important to us.”

The Ballinrobe native spoke of his eagerness to achieve the record and refocus attention on the efforts of the team as a whole.

“The lads knew how much it meant to me and how much the club means to me, as well as getting out of where we are and getting promoted. Conor Barry was the first person to turn around and insist I should take the penalty.

“They wanted me to get it done and I wanted to get it done, because it’s not about me. Every time I got the ball it was about whether I would get the record. Now it’s over and done with and it’s a great achievement, but I’ll park it now for a while, until I’m parked up. It’s done and dusted and I want to move on and score more goals.”