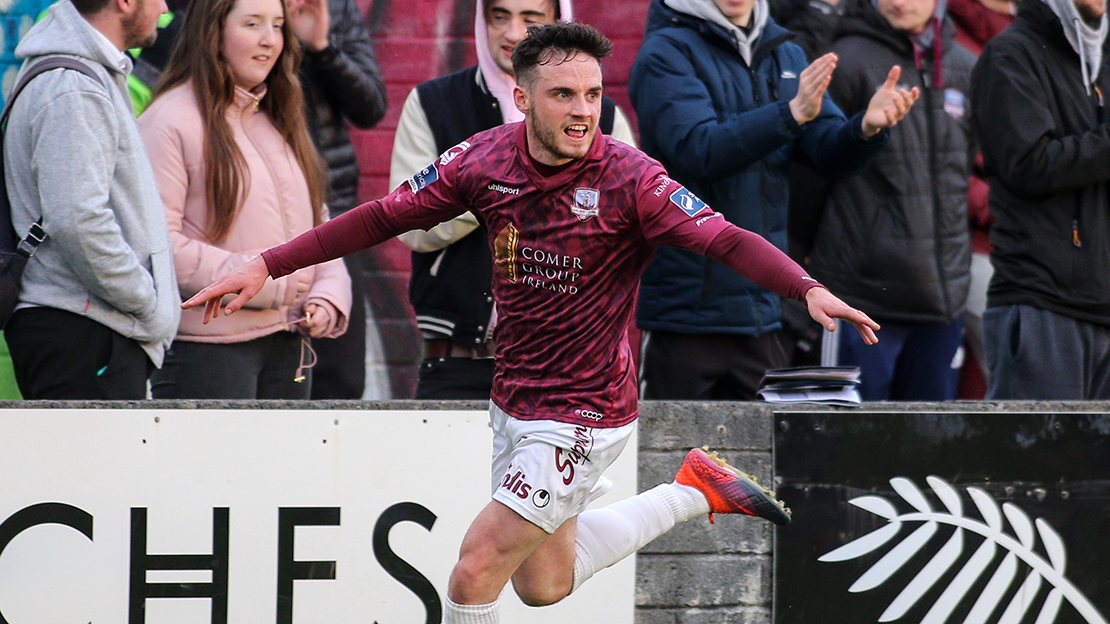 The winger told www.galwayunitedfc.ie after the game that it was important to react after the loss at Tolka Park last week.

“After Shelbourne, we had a chat, we needed to bounce back and we knew that. We knew that we didn’t play particularly well against Shelbourne, so it was great to get the three goals in the first half and basically kill off the game against Cobh.

“We know that we’re good enough to play out from the back and keep the ball. That was one of the things we possibly didn’t do well against Shelbourne. Against Cobh, we started well and saw the results in the first half.

“It’s obviously not nice when you’re out of the team, but you do your job and you do what you have to do when you come on. I was pleased to get the start tonight and the two goals also. Hopefully I’ve given the manager a bit of a selection headache going into next week against Athlone Town.” 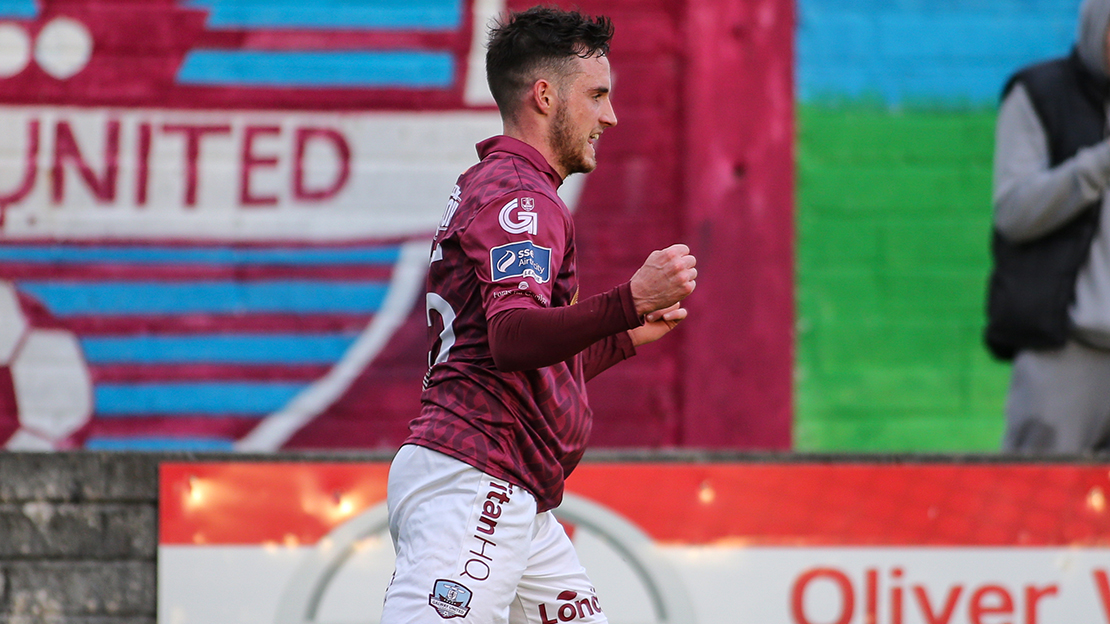 With Barry on hat-trick, United were awarded a penalty on the stroke of half time, but he presented the match ball to Alan Murphy.

“Alan was going for the club’s all-time record goalscorer, he won’t get a better chance and it was a bit more special scoring it in front of our own fans. I was delighted to get the three points, the two goals and for Murph to break the record.

“We need to start exactly how we did tonight in Athlone. It’s no different, it’s another game for us. Our mentality has to be to go there and get the three points again, play the ball and just keep doing what we’re doing.”