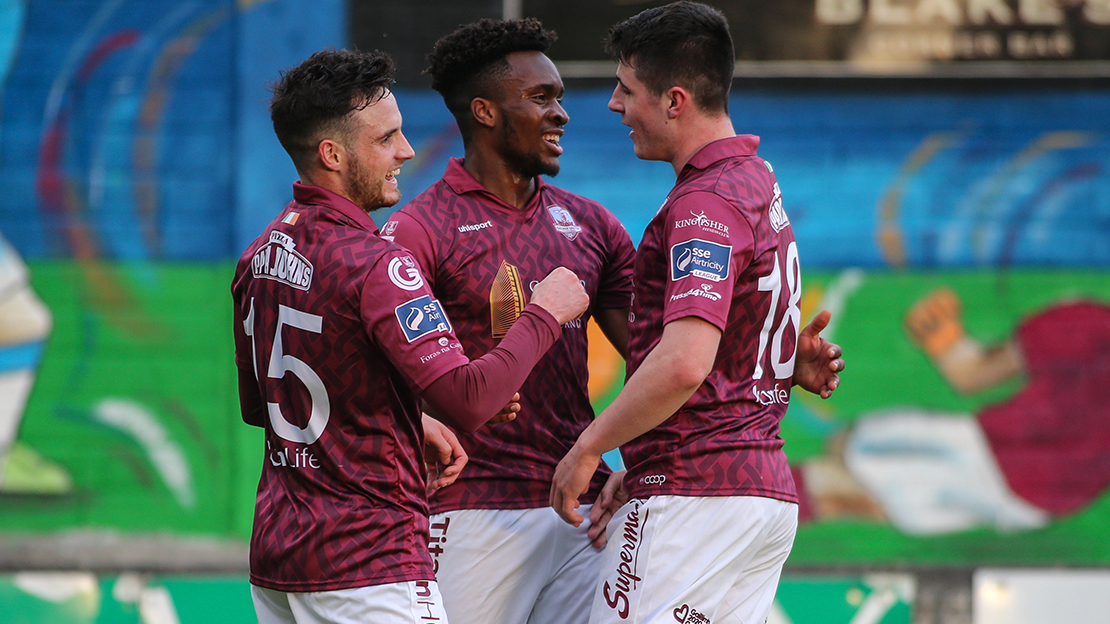 A well-taken brace from Conor Barry and a record-breaking 75th league goal from Alan Murphy got United back to winning ways at Eamonn Deacy Park against Cobh Ramblers on Friday night.

Early on, Alan Murphy played an excellent ball over the top into the box for Conor Layng from the halfway line, but Cobh closed down the striker and the chance was lost. 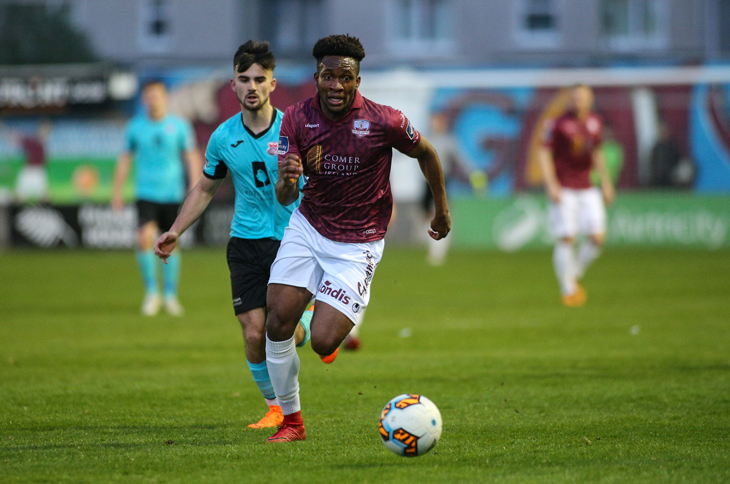 Ryan Connolly played a first time pass to the onrushing Gary Shanahan in the penalty area, who tried to square it for Conor Layng, but James McSweeney slid well to cut it out for a corner kick. Connolly whipped it in and Robbie Williams was inches from connecting as he rose highest in the six-yard box.

United hit the front on 18 minutes when Ryan Connolly won a 50/50 with Darren Murphy inside the Ramblers’ half and rolled it to Conor Barry who was arriving at the right-hand edge of the box.

The midfielder took one touch on the run, before hitting it low into the far corner off the upright, past the diving tackle of Ian Mylod and a helpless Paul Hunt in the Ramblers goal. 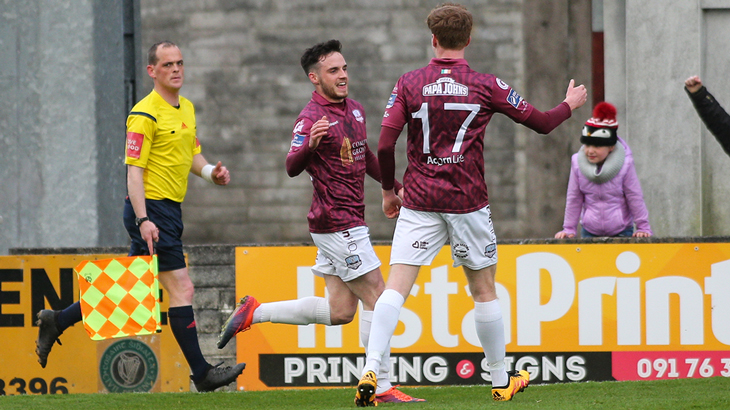 Just five minutes later, Conor Barry made it 2-0 to the Tribesmen. Carlton Ubaezuonu did well to turn Kevin Taylor on the left flank, before driving towards the middle. Taylor redeemed himself by tracking the run of the winger and taking it off his toe but it rolled forward to Adam O’Sullivan, whose attempted clearance ricocheted off Darren Murphy.

Conor Barry was first to react, stealing in between ‘keeper and defence to slot it under Paul Hunt from ten yards.

At the other end, Pierce Phillips back-heeled the ball into the path of Cian Leonard who fired at goal, but Tadhg Ryan dealt with it easily, in one of the few occasions he was called upon to do anything of note in the match.

Moments later when Cobh failed to clear their lines, Ubaezuonu had a chance to get on the scoresheet but his powerful volley was just over the crossbar.

Robbie Williams had a snapshot from just outside the box that Hunt gathered at the second attempt, as United continued to pressure the visitors.

The third goal arrived on the stroke of half-time after a penalty was awarded against Ian Mylod who appeared to both handle the ball and pull back Conor Barry, as the striker was stretching to meet a cross that was allowed to reach the back post. Up stepped Alan Murphy to score his 75th league goal for Galway United, slotting the penalty into the left corner of the net, as the fans in attendance all rose to their feet to applaud the Ballinrobe native’s achievement.

Cobh Ramblers emerged with renewed energy at the beginning of the second half and posed some questions of United as the home side eased the pressure, but in truth the match was over as a contest at the break.

United spurned a chance to make it 4-0 on the night in the closing stages. Good work from Conor Layng won possession near the corner flag, before giving it to Conor Barry, who in turn pulled it back for the arriving Ryan Connolly.

The United skipper’s low shot was saved by Hunt and Ubaezuonu who was following up arrived just as it dropped, but was unlucky to see it bounce right back at the ‘keeper before it was cleared.

United now look forward to making the short trip to face Athlone Town on Friday 4th May at Lissywollen. Kick-off is at 7.45pm.