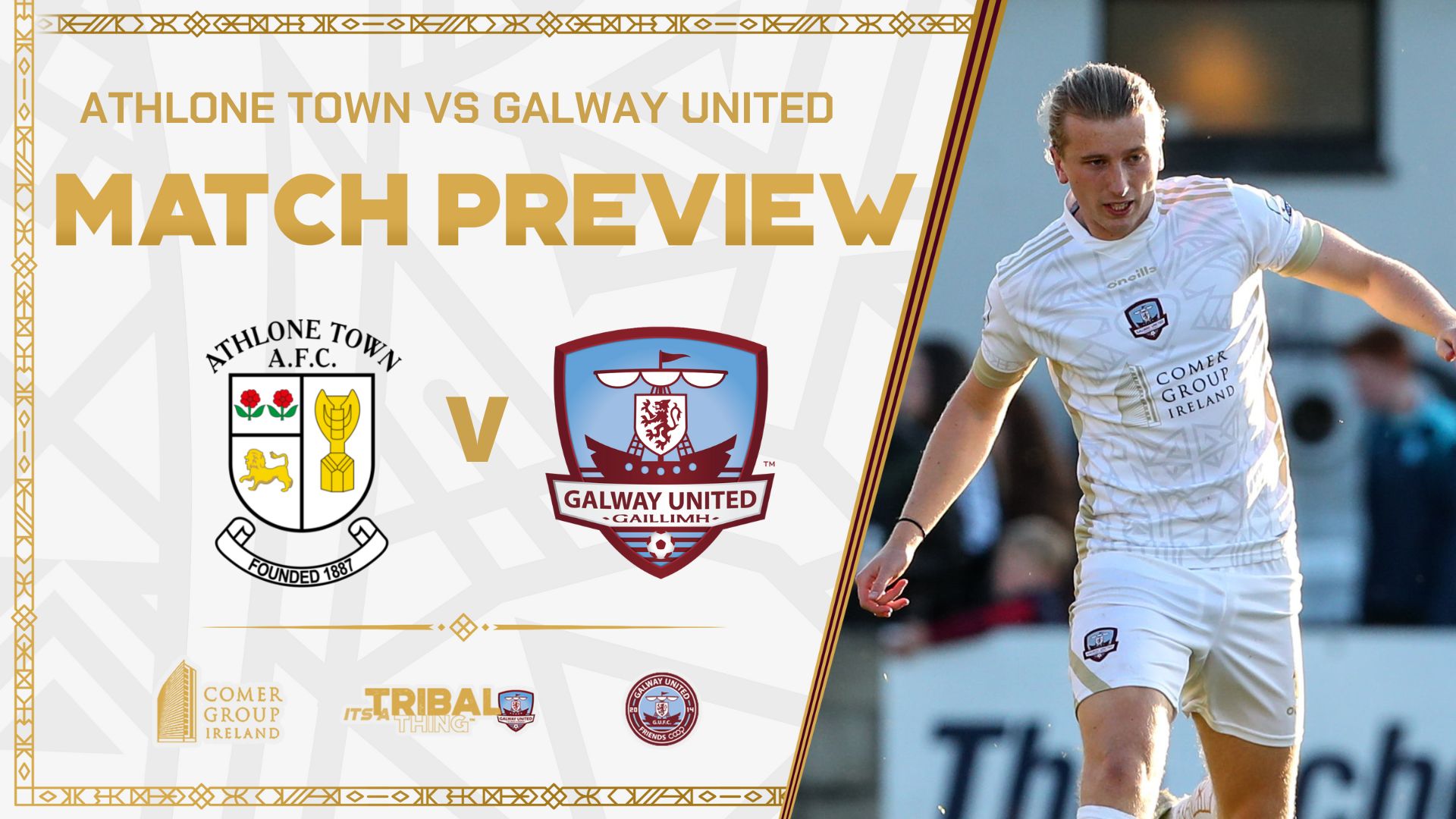 ‘We know we need to play well’ – John Caulfield, Manager

Galway United continue First Division action this Friday when they take on Athlone Town in Lissywollen. Kick-off is at 7.45pm.

United go into this Friday’s local derby in high spirits after putting in a positive performance against current league leaders Cork City last week. The two sides drew 0-0 at Turner’s Cross which keeps City one point ahead of the Tribesmen.

This week’s opposition, Athlone Town, had an impressive 3-1 away victory against Longford Town in their most recent fixture, and United manager John Caulfield is expecting them to gain confidence from that result.

“We are looking forward to the game, Athlone got a good win last Saturday night,” Caulfield told the club’s media team.

“Athlone have been threatening for a long time and they bring a lot of energy.

“We know we will bring a big crowd over with us and we know we need to play well.”