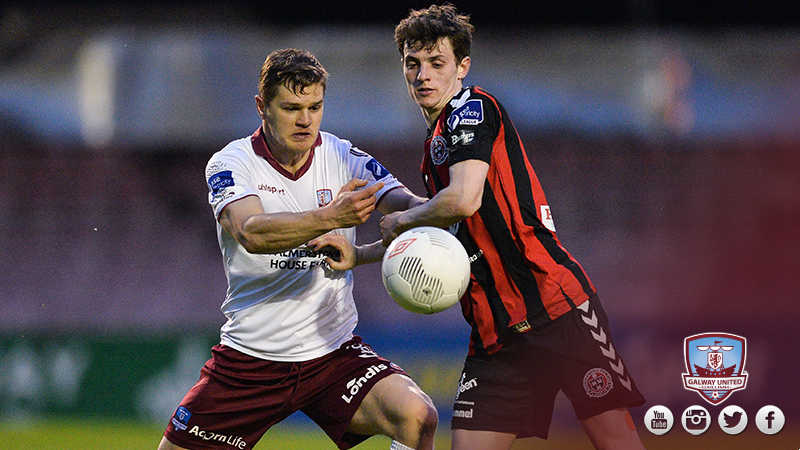 Galway United travel to Dalymount Park on Friday night looking for a strong start to the second half of the season as they take on Bohemians. Kick-off: 7.45pm.

Bohemians come into the match hoping to continue their rich vein of form, having won four matches in succession before the break.

Tommy Dunne’s side sit in 6th position in the table and a win against the Gypsies could see the Tribesmen leapfrog St Patrick’s Athletic into 5th position, with a game in hand.

TOMMY DUNNE | “WE’RE GOING TO REALLY HAVE A GO.”
“Bohs came into the break with a good win in Wexford and we were disappointed at drawing a game against Derry that maybe we should have won.” Dunne explained.

“We missed chances and with Derry down a man, but sometimes it can be difficult to play against ten men. We didn’t use the ball well enough or have enough patience or deliveries and crosses into the box, but we have to move on.” Dunne continued.

“Bohs in Dalymount has always been a tough game for us, but if we can get our mentality right the goals will come.

“Akinade is back and fully fit, so they’ve got a bit of confidence in them and have scored quite a few goals in recent games. We know we have a tough task, but we’re going to go to Dublin are really have a go.” Dunne concluded.

TEAM NEWS
Galway United make the trip to the capital without the services of number of players.

Enda Curran (groin) and Marc Ludden (calf) are both ruled out, while Kevin Devaney (calf) is rated as a doubt.

Armin Aganovic misses out through suspension.