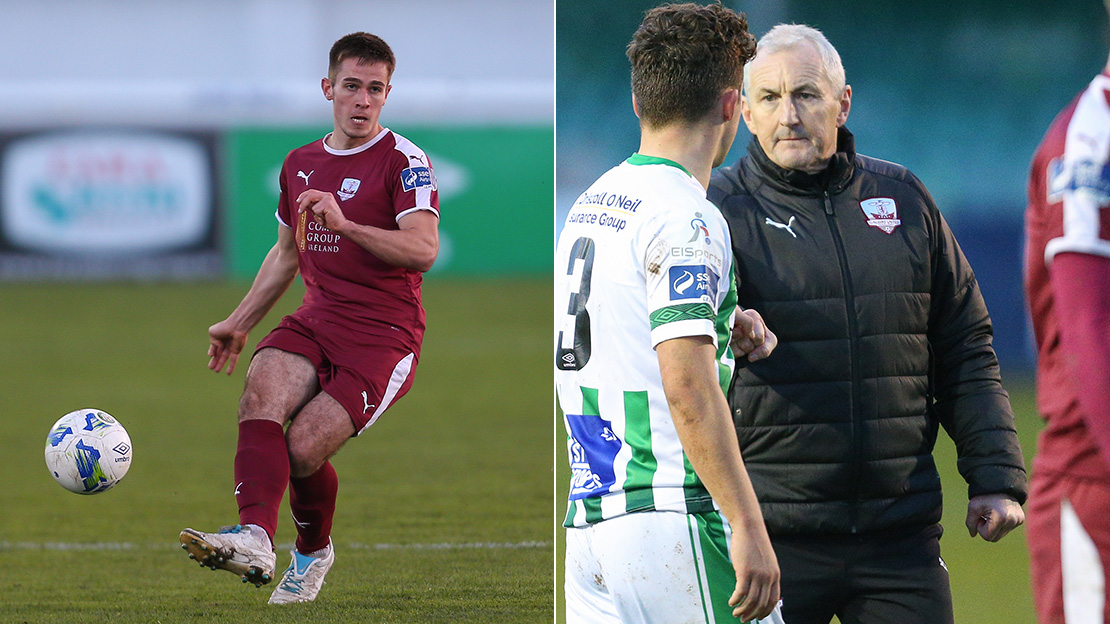 Reaction with Maurice Nugent and John Caulfield after United’s 1-0 win against Bray Wanderers at the Carlisle Grounds in the promotion play-offs. 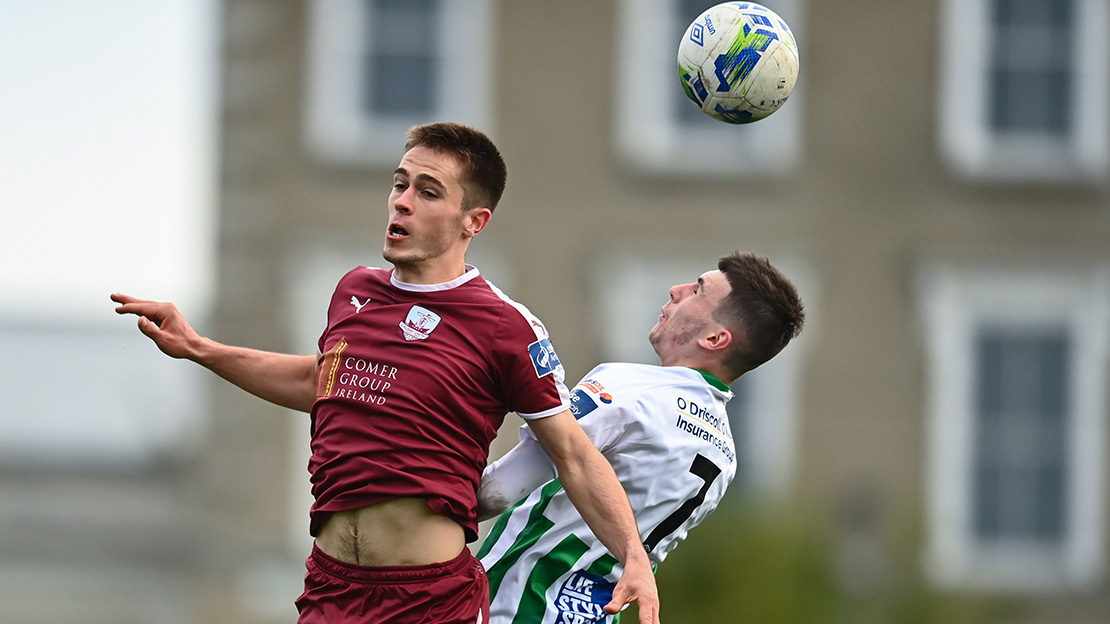 “Look at where we’ve come since the 4th of September, we’ve been unbelievable. It was a tough game, we dug in defensively, our back four were excellent, especially in the first half when we were under fierce pressure.

“We were wary of the threats they have, Gary Shaw, Joe Doyle, and they’ve got pace in behind. We’re delighted to keep three clean sheets against them this year.
I think that’s been four games in eleven days, so a lot of the guys are struggling. We’ll try and get in the sea tomorrow and recover. Whoever we play next, we’ll be up for it, I don’t know what it is about our away form, but we’ve been flying on the road.

“I was in contention for midfield, but there’s so much competition for places there, when I got my chance in defence, I knew I had to knuckle down and do the best I could. I’m delighted I’ve taken my chance and hopefully I can kick on and do more.” 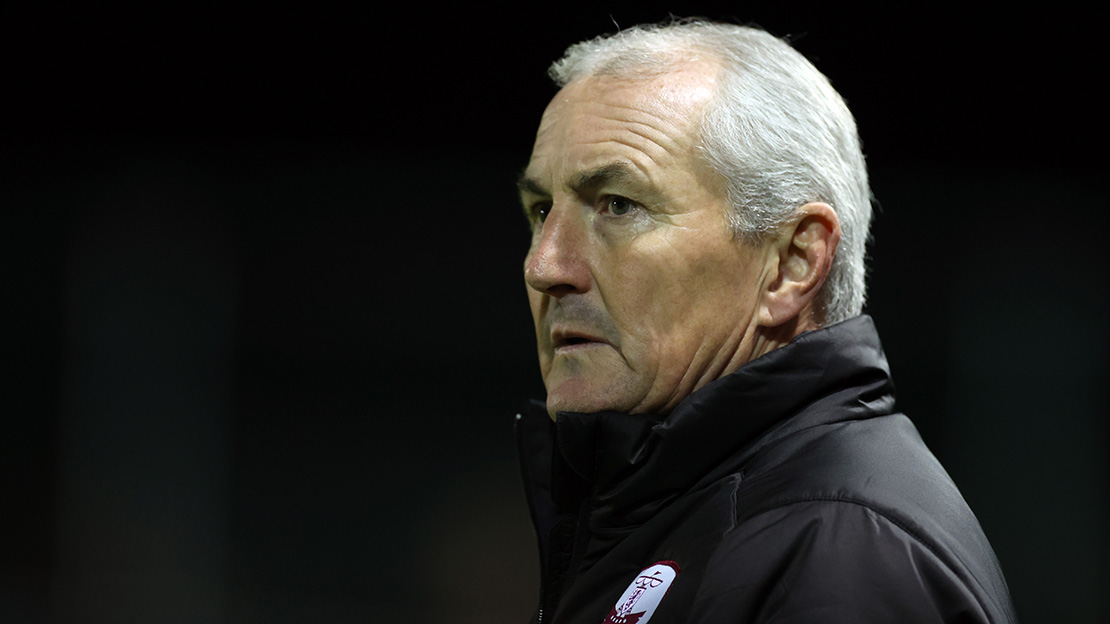 “The guys have been incredible, I said it from the start when I came in eleven weeks ago, I thought there was a group here that lacked a bit of self belief and confidence. We got the management together and we put a plan in place to work the lads, with a view to next season. They’ve been unreal since, we saw the potential and we’re delighted that we’re starting to unlock it, even though we’re probably only scratching the surface at the moment, because we think there’s huge talent within the club.

“If you look at the record, it’s 11 matches, they’ve won 8, they’ve drawn 1. Every game since we’ve come in has nearly been a cup final because we’ve had to win them to have any chance of reaching the play-offs. The players have been hit with all sorts of scenarios that could’ve knocked any team off. We won in Longford, then we were hit with COVID for two weeks. We couldn’t meet up for 14 days, then we’re hit with three games in just a week. We were devastated after UCD the other day because one of the other teams that we were chasing were given two points, which no one expected. Then Wexford were vindicated and on Thursday we’re informed that we’re back in after thinking we’re out. These guys have made no excuses, they’ve just got on with it, it’s been three wins and a draw in 11 days and I just admire them for that and their response has been fantastic.

“You need a squad of competitive players, sometimes you have a player on the bench that isn’t getting game time, but you need them in training to push the other guys and be ready. There has been switches and changes, fellas getting injured and suspended. Even today, Carlton, who got the winner here last week, couldn’t travel due to injury. Stephen Christopher will be suspended next week, but it will give an opportunity to somebody else to impress. The guys that came off the bench, Wilson, Mikey, they made a huge difference, and that’s been the way it’s been going. Everyone that’s coming off the bench is making a huge impact and that’s what you need. There’s a brilliant attitude amongst the lads, there’s a real honesty and desire about them, 11 weeks ago they were written off, now they’re in the semi-final of a match, which could potentially see us going to the Premier Division.

“When I came in first, I had a view of trying to unleash the potential within the club, the management have worked incredibly hard, but the players have been out of this world. We were looking for performances in the last ten games, to see where we could get to, but obviously when we got four or five wins, it became clear that we could get to the play-offs. We’ve had a few hiccups, but the response from the players has been unreal, we’ve scored lots of great goals, we’ve been exciting, creating chances and we’ve played some fantastic football. There’s been days like today, where the conditions have been difficult and we had to dig in – and we did that in the first half, but in the second half, we were very good. We have a few days to recover now, that gives us a few days to get ready to have another go.”