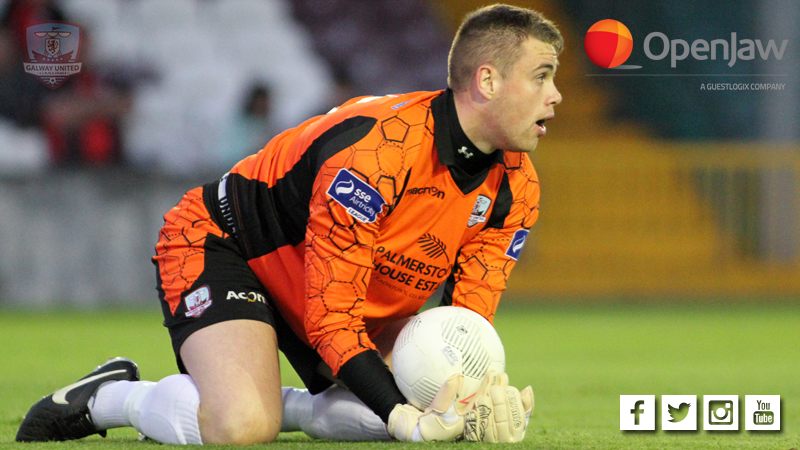 Galway United supporters have voted Conor Winn as their OpenJaw Technologies Player of the Month for August!

The award, kindly sponsored by Galway Irish Crystal, will be presented to Conor at Friday’s league clash against Sligo Rovers at Eamonn Deacy Park.

Winn has established himself as one of the first names on Tommy Dunne’s teamsheet after a string of very impressive displays between the sticks for the Tribesmen.