“There was a massive buzz and euphoria around the Cup Final, it was a nice occasion but a disappointing result,” he explained.

“Now it’s back to the bread and butter. At the beginning of the season, the main objective was to stay in the Premier Division and we’re still on course to do that. It’s in our own hands, so the next two games at home, against teams in a similar positions to ourselves, are huge. We have to go and win these games.”

United suffered a reversal at the hands of Shamrock Rovers last Friday night but Oji is adamant that United have to move on and prepare properly for the five remaining league games.

“With the run-in we have, there’s no time for us to rest on our laurels or wallow in self pity. Last Friday is gone now, we can’t change that but we can have an impact on this Friday’s game against Sligo. We’ve got to go out there and put every ounce of energy into getting a positive result against them. The next two games could have a huge bearing on how our season ends up.

“We want as many able bodies and our strongest team out on the pitch. The squad looks better and stronger with players coming back from injury and suspension and we’ve got guys that can come off the bench and make an impact. The morale has been boosted in the dressing room and I’m sure I can speak on behalf of the players when I say we’re all looking forward to the Sligo game and these are the high-stake games you want to be part of.” 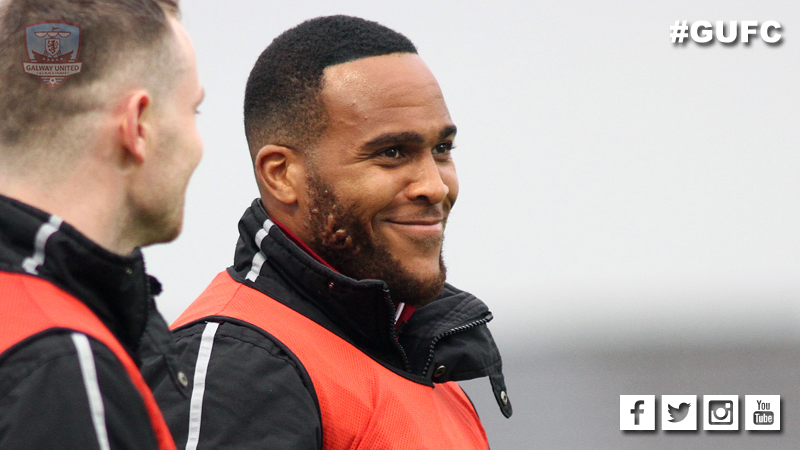 Oji paid tribute to United supporters ahead of Friday’s clash against the Bit O Red.

“The Cup final was a fantastic atmosphere, our supporters will play a huge role in geeing on the boys and getting behind us in the Sligo and Limerick games. The bigger the crowd, the greater the impact they’ll have on us. They will be needed, hopefully they can push us on and we can finish the season with a flourish.”

Kilian Cantwell has formed a partnership with Oji at the heart of United’s defence and the pair are still striving for improvement.

“I’m my own biggest critic and I wouldn’t have said that my early season form matched my standards but I’m been happy with how I’ve been playing in recent months.

“When I saw Kilian play for the first time against Liverpool in the mid-season friendly, I thought he did really well. He’s got the attributes to be a good player and he’s still learning the game. He’s eager to do well and if he continues to work and he heeds the advice he’s given, he could have a fruitful career.”