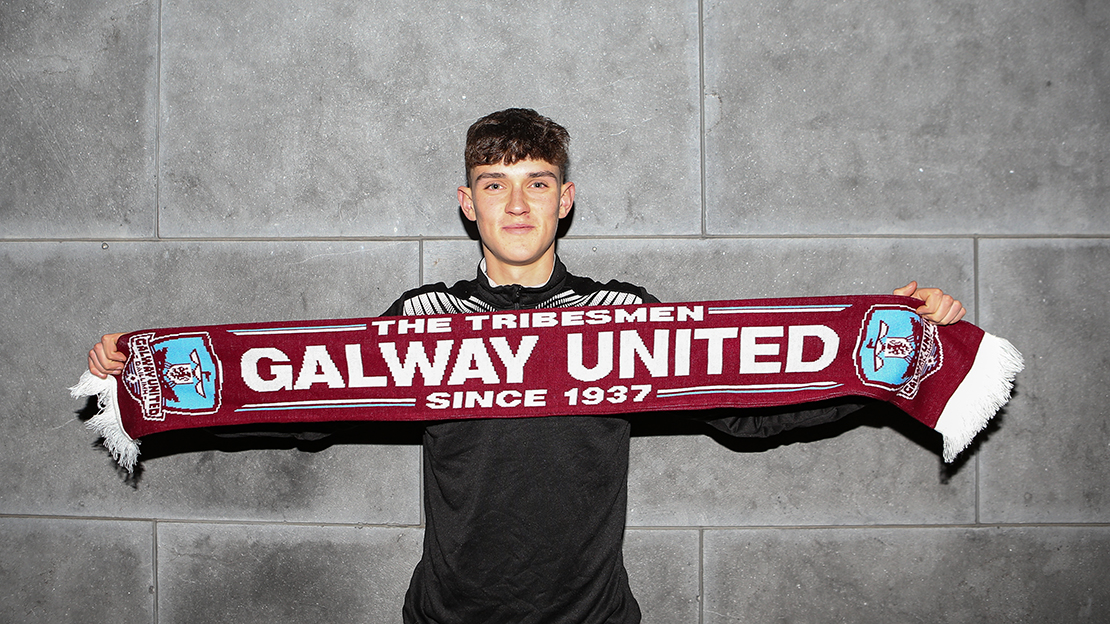 Promising winger Dara Costelloe has signed a new contract with the club.

The 16-year-old Limerick native joined United’s under-15 squad two seasons ago and has had a meteoric rise through the ranks in just two seasons at Eamonn Deacy Park.

After enjoying a promising first season at under-15 level, Costelloe progressed to United’s under-17 team, where he continued to shine. His form prompted a first team debut at the age of just 15 against Finn Harps and the midfielder would go on to make the starting lineup the following week at Eamonn Deacy Park against Wexford.

Alan Murphy, who handed Costelloe his debut at Finn Park, making him the youngest player in Galway United’s history, added:

“Dara made his debut on merit last season. His performances at underage level were excellent and he’s a real talent that we need to nurture.

“Dara will be training with our senior squad next season and he’ll hopefully progress again and see a lot more action. It can only be good for both Dara’s progression and the club’s development to see a 15-year-old last season, who’s recently just turned 16, pressing for first team action.

“He’s got that off the cuff ability to do the unexpected, he’s got explosive pace and the stature, despite his young age.

“It’s an exciting times for the club and for Dara. It’s brilliant to have somebody that fits our model, he’s from Limerick, but he’s a perfect example of the type of player Galway United can attract.”