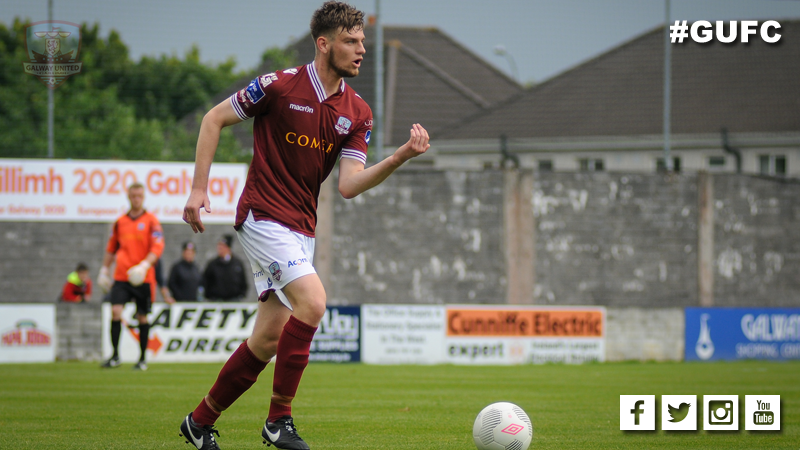 Match tickets are available for pre-purchase at O’Brien’s Newsagents on William Street in Galway City.

Now the focus switches back to the all-important league campaign as the final series of games began.

When the sides met last in the Brandywell, Galway United came away with a 2-0 win after well-taken first half strikes from Padraic Cunningham and Jake Keegan set Tommy Dunne’s side on their way.

“I was delighted with the players application and mindset,” Dunne told www.galwayunitedfc.ie.

“People say Dundalk made a few changes, but they’ve got such strength in depth, they can afford to, we couldn’t. I looked at their starting eleven and a lot of their players would have a good chance of starting in our team.

“We knew it was going to be a serious challenge, but in fairness to our players, they played out of their skins and I thought from back to front, we worked our socks off and we got our just rewards in the end.

“We’ll have played three labour intensive games in seven days after we face Derry City, it’s tough going for the players, especially because due to our lengthy injury list, we can’t rotate the squad. At this time of the year, you’re hoping that you can get into a rhythm where you’ve got a game each week and then prepare for it but we’re pleased to book our place in the Final, now we have to re-focus.

“Against Derry City, it doesn’t get much bigger for us. This is the first league game in the last phase of matches and you’re up against a team that are in a similar position to ourselves. Albeit, Derry City are a strong group of players and they’re a big club with a lot of tradition. It’s a big match and that’s being conservative about it.

“We have to maintain the gap between ourselves and the Play-off spot, there’s a lot of big games coming up, we’ve got Derry City at home, Sligo at home, Longford at home. We need to try and at least get the same number of points as we did in the last phase, if not more.”

Galway United’s injury woes continue and the Tribesmen will be without Andy O’Connell (foot), Marc Ludden (ankle), Conor Barry (thigh) and Ryan Connolly (ankle) for the visit of Derry City.

Padraic Cunningham damaged the cartilage in his knee in training on Sunday morning and he will have to undergo surgery next week to repair the issue. Cunningham now faces a lengthy period on the sidelines recovering.

Enda Curran is also a doubt and he will have to undergo a late fitness test ahead of the game.

Conor Winn misses out through suspension after his sending off against St Patrick’s Athletic.