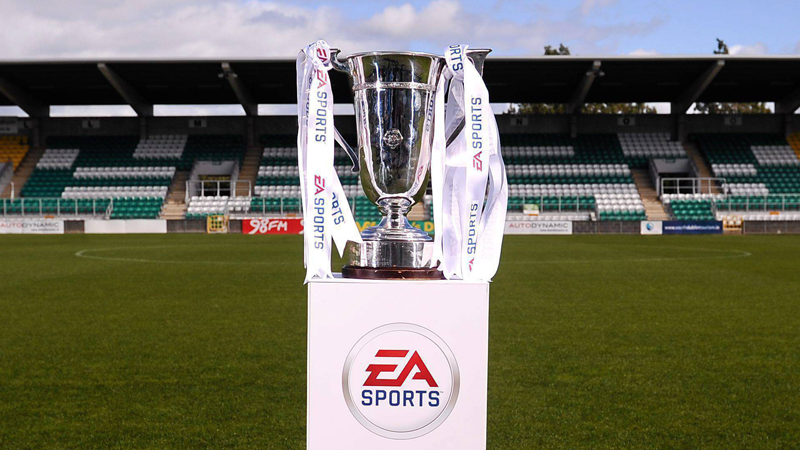 The draw for the First Round of the 2015 EA SPORTS Cup took place today at FAI Headquarters, Abbotstown. The draw was performed by Fran Gavin, FAI Director of Competitions, and Sue Ronan, Ireland’s Women’s National Team Manager.

A video of the draw can be viewed here.

A total of 24 teams will take part in the 2015 EA SPORTS Cup. The first two rounds will be run on a regional basis with four pools of six teams. Two teams from each pool will advance to the quarter-finals where there will be an open draw.

Under the competition rules clubs who have qualified for European competition (2015/16) and Setanta Sports Cup (2015) are exempt until the Second Round so Cork City, Dundalk, St. Patrick’s Athletic and Shamrock Rovers all received byes in the First Round.

The draw featured two clubs who have never previously played in the competition. SSE Airtrcity League newcomers Cabinteely were drawn away to neighbours UCD while UCC face a trip to Wexford Youths. First Round matches will take place on Monday, March 9 with the final scheduled for Saturday, September 19.

The EA SPORTS Cup 2015 First Round draw is as follows:

Matches to be played on Monday, March 9.