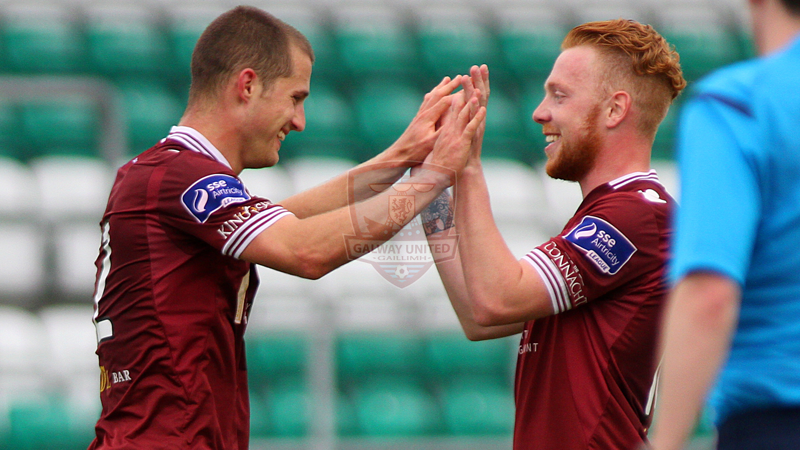 Galway United are delighted to announce that Jake Keegan has re-signed with the club for the 2015 season.

Keegan was the Tribesmen’s top scorer in 2014 with 17 goals in 35 appearances.

The New York native agreed a new deal with Galway United at the end of the 2014 season which was subject to a work permit application being successful, before returning to the United States.

Galway United were pleased to receive confirmation of Keegan’s successful application earlier today and manager Tommy Dunne spoke of his relief at finally concluding the deal.

“It was very difficult to get everything sorted with the timing of the work permit application,” Dunne explained.

“But Jake was always going to return to Galway.

“We were beginning to worry that we might not have Jake in time for the new season so it’s a timely boost to finally get the deal over the line.

“Jake is expected back in Galway by the end of the week. He’s a great lad, who improved a lot over the course of last season and that was down to his own desire to work hard and train properly.

“We’re thrilled to have him back at the club,” Dunne concluded.

Keegan told www.galwayunitedfc.ie that he was delighted to commit to Galway United for another season after enjoying a productive first year in Irish football.

“I can’t wait to get back over to Galway,” the American said.

2014 was a fantastic season for everybody involved at the club, I was just happy to be a part of a good group of players."

“Everybody in Galway made me feel so welcome, it was an easy decision to re-sign with the club.

“I’m really looking forward to the challenge of Premier Division football, I want to test myself against the best players in the Country.”