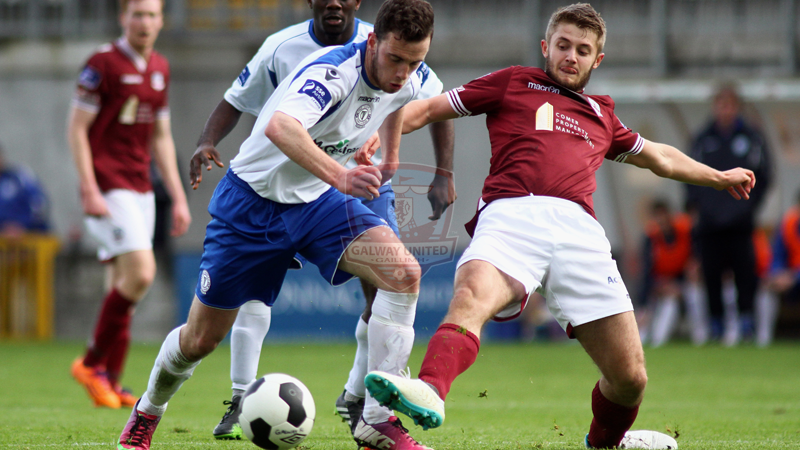 Galway United’s preparations for the Premier Division season continue on Friday evening when the Tribesmen entertain First Division outfit Finn Harps FC in the clubs first fixture of the 2015 season at Moyne Villa in Headford. Kick off: 7.30pm.

United players returned for pre-season training on the 12th of January and last weekend they travelled for a training camp at FOTA Island in Cork.

The Finn Harps game is the first of three confirmed pre-season friendlies for the club, with a further Galway based friendly expected to be announced in the coming days.

Galway United manager Tommy Dunne is looking forward to getting back on the pitch.

“We had a bit of a trial game last weekend just to get the players moving,” Dunne told www.galwayunitedfc.ie.

“At FOTA Island, we trained twice on the Friday, once on the Saturday and then we played the trial game so I wouldn’t look too much into it.

“The Finn Harps game is our first proper game out in Moyne Villa. I’m hoping the surface is in good condition and we’re hoping that we can get a good work out.

“Finn Harps will be competitive and physical and they’ve always had a decent group of players.”

Galway United confirmed the re-signing of top scorer Jake Keegan yesterday and Dunne expects to add to his squad soon.

“Jake Keegan is back in Galway on Sunday,” Dunne said.

“There’s one or two players that I’ve spoken to that I’m hoping will be in over the weekend and we’ve got two or three lads in on trial that have been training with us so overall we’re getting the group as ready as we possibly can for the season.

“Physically the guys are okay. I’m happy enough with what I’m looking at, it’s a group that’s slowly starting to come together.”

Ryan Connolly and Antaine O’Laoi both have hamstring tweaks but came through training okay on Thursday morning along with Aaron McDonagh and Cormac Raftery who both had ankle knocks.

Jason Molloy (knee injury) is expected to be passed fit for the game after training on Thursday morning.

ADMISSION
Admission to Friday’s game is €5.

Season tickets are NOT valid.

SEASON TICKETS ON SALE
Galway United season tickets and Galway Soccer Co-op membership will be on sale at Friday’s game.