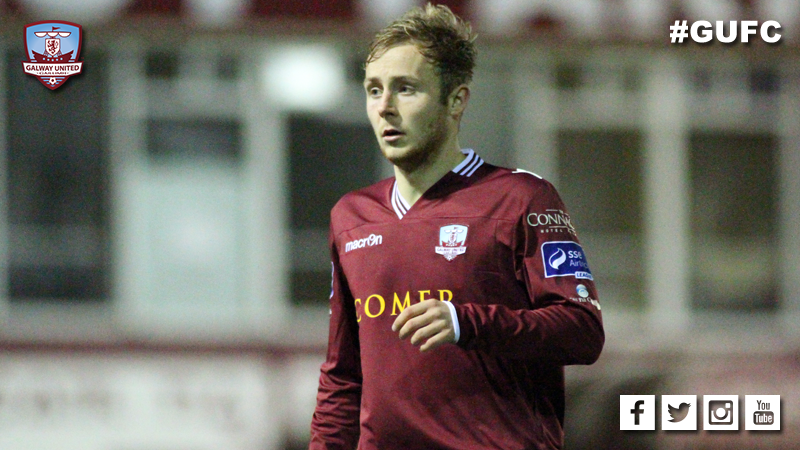 PLEASE NOTE SEASON TICKETS ARE NOT VALID FOR THE EA SPORTS CUP AS PER COMPETITION RULES.

Admission prices are as follows:
Adult: €10
Student/Senior Citizen/Unwaged: €5
U12s: Free with an adult

Galway United’s attention turns away from league action on Monday evening when the club takes on First Division outfit Finn Harps in the first round of the EA Sports Cup at Eamonn Deacy Park. Kick off: 7.45pm.

United fell to an unfortunate opening night defeat at the hands of Derry City when the Candystripes came from behind to snatch the three points at Eamonn Deacy Park.

Monday’s opponents clashed with Galway on five occasions in 2014 with the Tribesmen coming out on top in two of the five meetings and the remainder finishing all square.

Tommy Dunne is conscious that he has to manage his squad carefully so he doesn’t overextend his players at this early stage.

“As regards of Monday night’s team, the question is do we mix and match or do we go with the same team that started against Derry City,” Dunne said. “We have to wait and see what we’re going to do.”

“I haven’t really made a decision on certain players. There might be one or two individuals that will get a run.

“We have to be careful we don’t overextend them,” Dunne added. “Finn Harps are a strong outfit, they had a match against Shelbourne on Friday night and we have plenty of information on that game. We know its going to be a tough task against them, it always is.”

Dunne was frustrated with his side’s start to the season at Eamonn Deacy Park, but he expects improvements in the coming weeks.

“The result wasn’t what we were hoping for,” Dunne told www.galwayunitedfc.ie.

“I thought the performance in the first half was okay, we got into a good spell and we scored in it and we possibly could have added another. To Derry’s credit, they also had a chance or two towards the end of the first half.

“Second half, I felt we were comfortable up until their first goal, then the momentum of the game swung completely.

“The goals we conceded weren’t good, we have to make sure we eradicate those type of sloppy mistakes from our games.

“That being said, I felt there was a lot of positives to take from the game and with a bit of luck we’ll get moving well in the coming games,” Dunne concluded.

Speaking after the Derry City, Galway United midfielder Ryan Connolly insisted that another fixture in quick succession was ideal to build on the positives from Friday’s game.

“Luckily enough we’ve a game against Harps on Monday night, it’s a quick turnaround so we’ll try and build on the Derry City game since it’s our first game of the season. There is definitely something to build on.

“We know the game against Harps will be tough. All of our games against them last year were battles but we want to do well in all competitions this year and hopefully we can pick up our first home win of the season.”

Ger Hanley (achilles) is ruled out.

Alex Byrne is doubtful with a knock to his knee.

Sam Oji is also a doubt with a back injury.