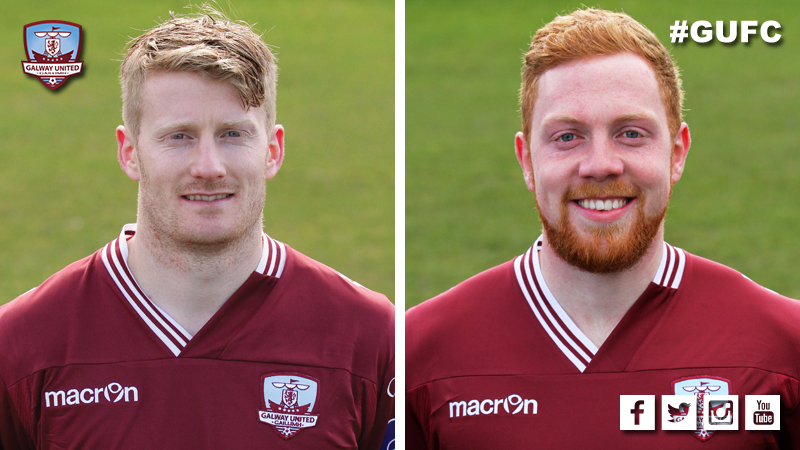 Galway United midfielders Paul Sinnott and Ryan Connolly could not hide their disappointment at the clubs narrow loss against Derry City in the opening fixture of the 2015 SSE Airtricity League Premier Division season but both players are taking the positives from the game.

Captain Paul Sinnott insists that United’s first half performance was encouraging and that it’s “something to build on” in the coming weeks.

“I felt myself and David O’Leary played well in the first half,” Sinnott told www.galwayunitedfc.ie.

“It was probably the best we’ve played since Dave has come in and that’s a positive from the game.

“Second half, we stood off a bit, maybe we could have pressed them a bit higher up the pitch.

“It’s a bit disappointing, the goals we gave away were soft, they were two soft goals but we’ll learn from it. It was our first game back in the Premier Division and we’ll learn.”

“We knew we were in a good place at half time but it’s only half time at the end of the day, you’ve got another half to go.

“Going in at half time you could say our tails were up but coming out in the second half we didn’t start as we should have.

“We want to be high up the pitch pressing, like the way we finished the first half and unfortunately that came back to haunt us but we can take the positives out of it and move on.”

Already Connolly’s attention is turning to United’s next game on Monday evening against Finn Harps in the EA Sports League Cup at Eamonn Deacy Park (Kick Off: 7.45pm)

“Luckily enough we’ve a game again on Monday, it’s a quick turn around so we’ll try and build on it since that’s our first game of the season. It’s definitely something to build on.”