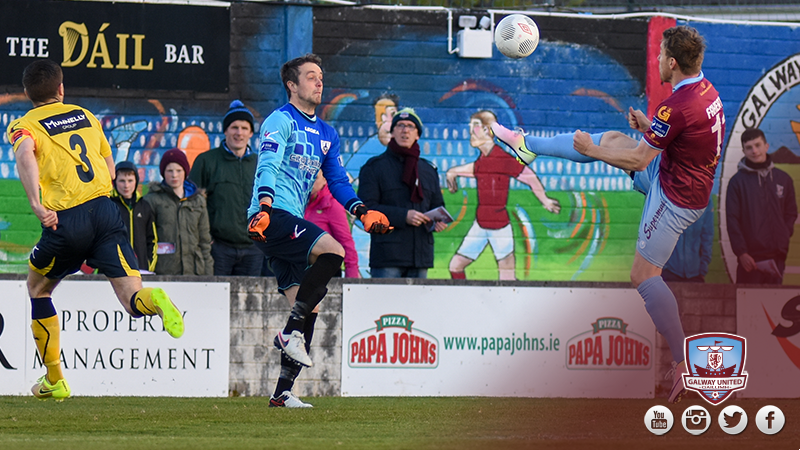 Galway United flew out of the traps on what was a crisp, sunny evening, but as the sun set, Longford Town had regained parity to grab what seemed at the break to be an unlikely share of the spoils.

The Tribesmen spared no time in settling into the match, as they raced into a 1-0 lead before two minutes had even elapsed on the clock.

The chance was made by Enda Curran on the left, who played a superb ball into the box for Vinny Faherty. The in-form striker appeared to have played it too far ahead, but the onrushing Paul Skinner was left stranded by Faherty’s deft lob over his head into the back of the net. 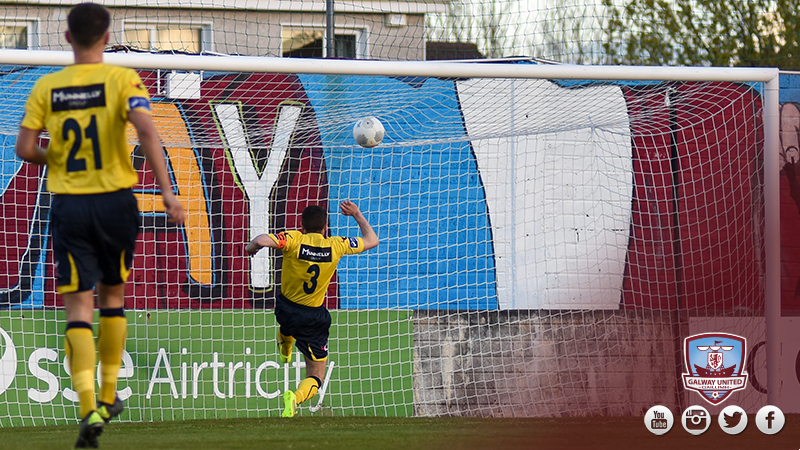 Five minutes later, Josh O’Hanlon cut in from the left flank and threatened to cause trouble for the home defence, but Paul Sinnott got across to put in an important block.

Soon after, a Kevin O’Connor corner was met by the unmarked David O’Connor, but his effort was well over Conor Winn’s crossbar.

Ten minutes in, the ball broke in the centre for Gary Shanahan, but his effort was blocked down and remove the danger for Longford.

After a considerable lull in the match, Faherty tried to return the favour to Enda Curran on the half-hour, but Curran’s shot on the volley was blocked down for a Galway United corner.

Ryan Connolly stepped up to take the corner kick and found Curran in the box, who had time to steady himself and slip it past Skinner with the side of his boot.

Longford Town were much improved after the break, as United struggled to get going.

Gary Shanahan jinked his way to the edge of the box from the sideline, before putting a dangerous cross into the box for Enda Curran, but it was cleared out. Colm Horgan followed up with a snapshot, it was off target.

O’Hanlon had a good chance to test Conor Winn after beating Killian Cantwell, but his rushed swing at the ball in the box saw his shot go wide of the goal.

On 57 minutes, Conor Winn had to be alert to deny Longford defender Noel Haverty, who had ghosted into the attack.

An hour into proceedings, the slow start to the second half for the home side continued, as Longford pulled a goal back. Josh O’Hanlon got a head to the ball, after being quickest to react, nodding past Conor Winn.

Padraic Cunningham was introduced for Enda Curran halfway through the second half and having had only a handful of touches, after succumbing to injury, had to himself be replaced, by Ruairi Keating.

On 69 minutes, Longford somehow pulled themselves back on level terms. A powerful Josh O’Hanlon shot ricocheted off the post and an unlucky Conor Winn could only watch as the rebound flew off his leg into the net.

15 minutes from time, Noel Haverty was booked for a foul on Ludden, managing to injure himself in the process. 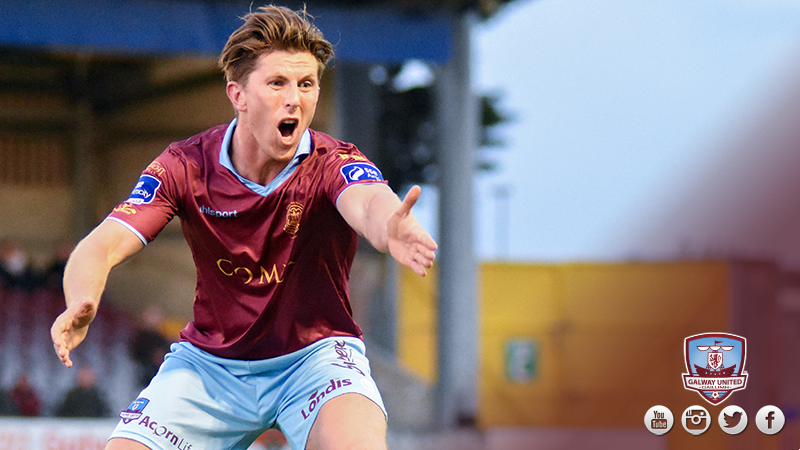 The home side had appeals for a penalty turned down and a short time later, a clear Longford hand ball in the middle of the park went unpunished as the crowd began to voice their displeasure at the decisions.

Stephen Walsh was booked soon after for an alleged dive, but appeared to have been fouled.

Gary Shanahan had a chance after being fed a ball out to the right, but his cross just cleared the top corner of the far post, almost catching Skinner out

Substitute Ruairi Keating had a chance saved off the line by Longford captain Conor Powell, just before the board went up to signify three minutes of additional time, as United pushed numbers forward in search of a winner.

The winner never came and Tommy Dunne’s side will have left the field disappointed at leaving two points behind them.