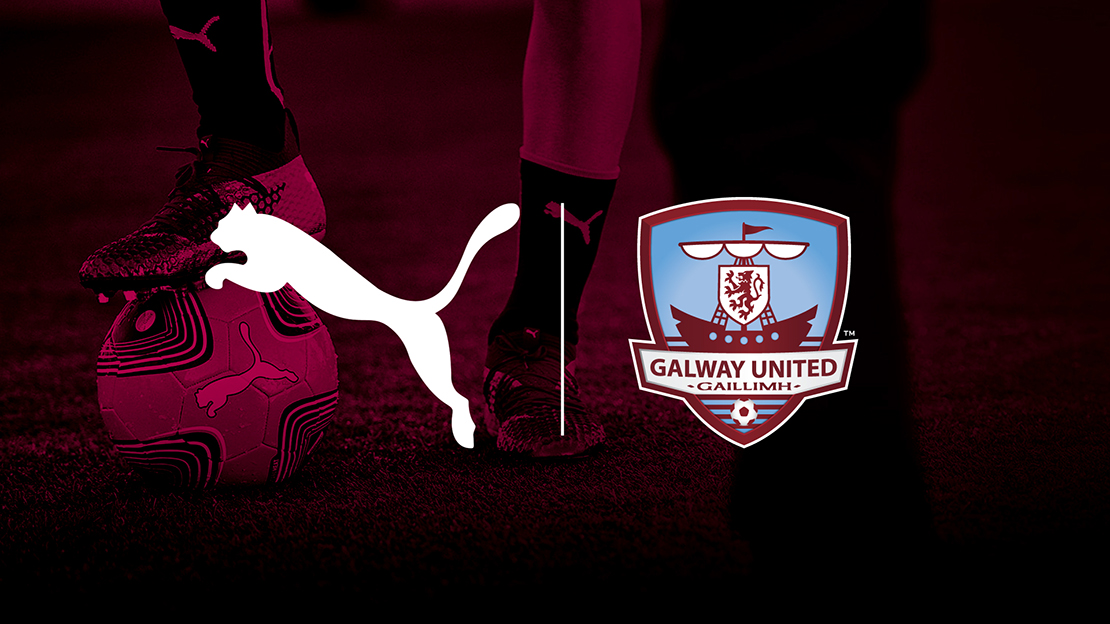 PUMA will launch new home and away kits for the 2019 season, along with a full range of club leisurewear and merchandise, which will be revealed to supporters shortly.

John Fallon, of Active Sportswear, is pleased to have PUMA linking-up with Galway United for the next two seasons.

“We’re very excited to be bringing the PUMA brand to the SSE Airtricity League with Galway United.

“I’ve had great experiences dealing with Galway United over the years and we’re delighted to be the club’s official kit supplier once again.

“We’re excited about the future and what we can do together going forward.”

KIT LAUNCH: United’s new PUMA home and away jerseys will be revealed on Sunday evening and will go on sale for the very first time from the Galway United Christmas Store in the Eyre Square Shopping Centre on Monday!