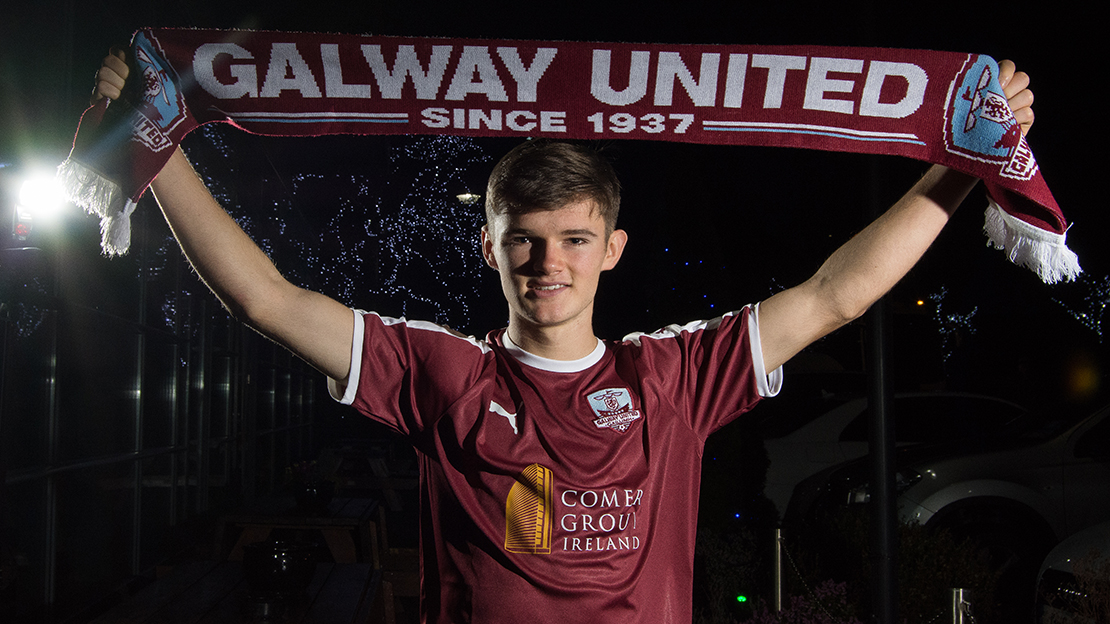 Galway United are delighted to announce that Donal Higgins has signed a new contract with the club for the 2019 SSE Airtricity League season.

The skilful 17-year-old midfielder joined United’s under-17 team two seasons ago and he excelled under Alan Murphy’s watch.

Higgins captained United’s under-17’s to the semi-final of the league last season and was a key figure, contributing an impressive 12 goal haul from midfield.

United manager Alan Murphy gave Higgins his senior debut at 16 against Finn Harps last season and he would go on to make two further appearances against Wexford and Shelbourne.

Murphy told www.galwayunitedfc.ie that Higgins has an exciting future in the game.

“Donal is a really talented up and coming player,” he explained.

“Next year will be huge for him and players like Colin Kelly, both players are doing their Leaving Cert exams. It’s a tough ask, but it will be their breakthrough season in League of Ireland football.

“Donal will be confident and looking forward to a big year ahead where he’ll get opportunities to display his talent.

“Over the last two seasons, Donal was a huge factor in our team getting to the elite stages of the competition. He was our captain in the second season and he’s very much a player that leads with his actions on the pitch.

“He’s a strong competitor and an ambitious player. Donal made his senior debut last season and I think the display against Wexford gave fans an insight into the talent we have at the club, but they need a chance.”