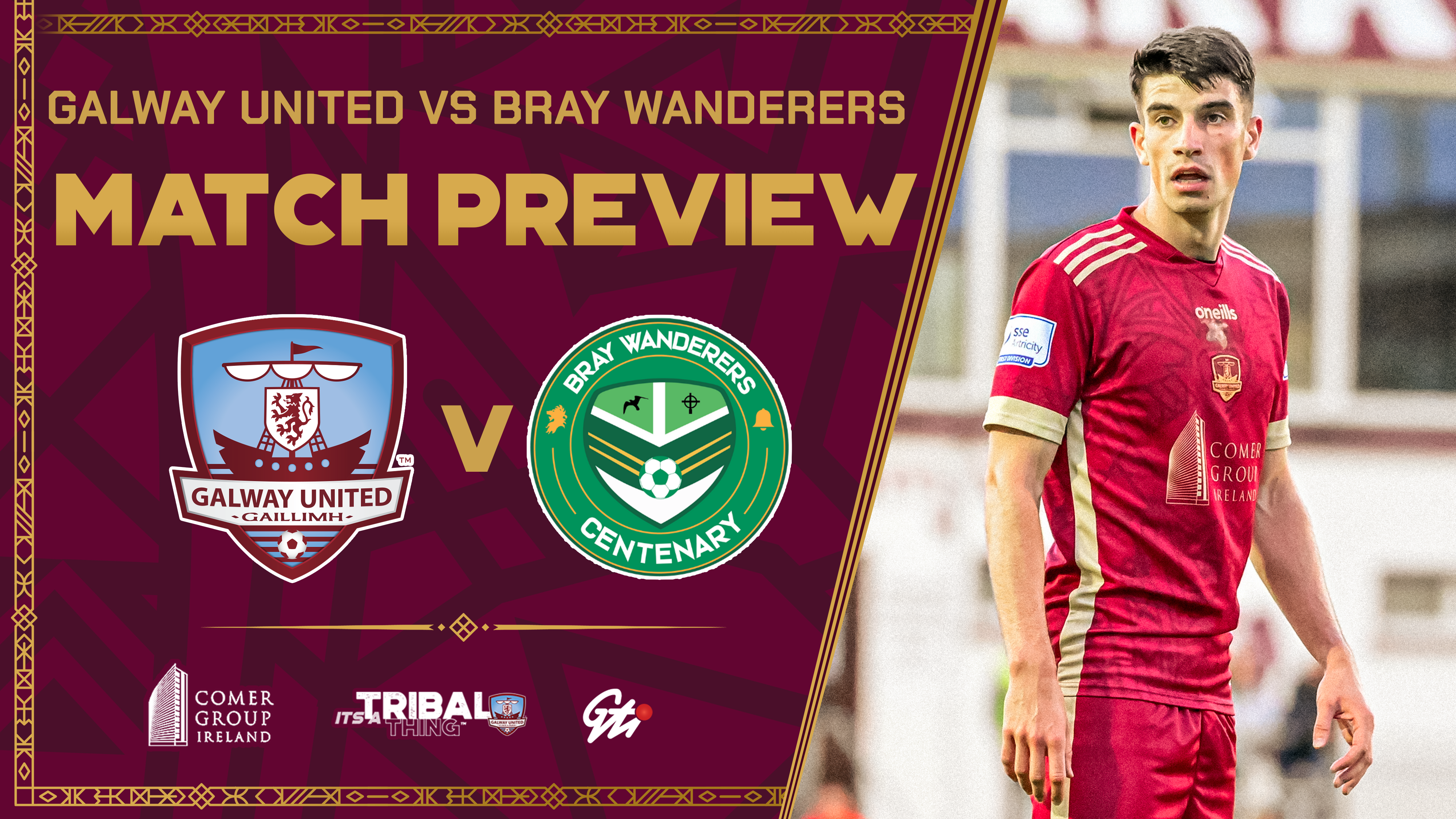 ‘We have to be at our best in front of our home supporters’ – John Caulfield, Manager

United can keep tabs with table-toppers Cork City with a win this week. Tickets are available to purchase HERE

The Tribesmen, who were defeated 2-1 by Waterford at the RSC last week, are currently four points behind City going into Friday’s fixture.

This week’s opposition, Bray Wanderers, sit in seventh place on the table. The Seagulls were beaten 3-0 by Longford Town in their most recent First Division outing.

“We know we are in the business end of the season and we know we can’t afford to drop points.

“Pat Devlin always has a well organised team and they have picked up quite a few good results this season.

“They have a very talented squad so we have to be at our best in front of our home supporters – we are looking forward to the game.”