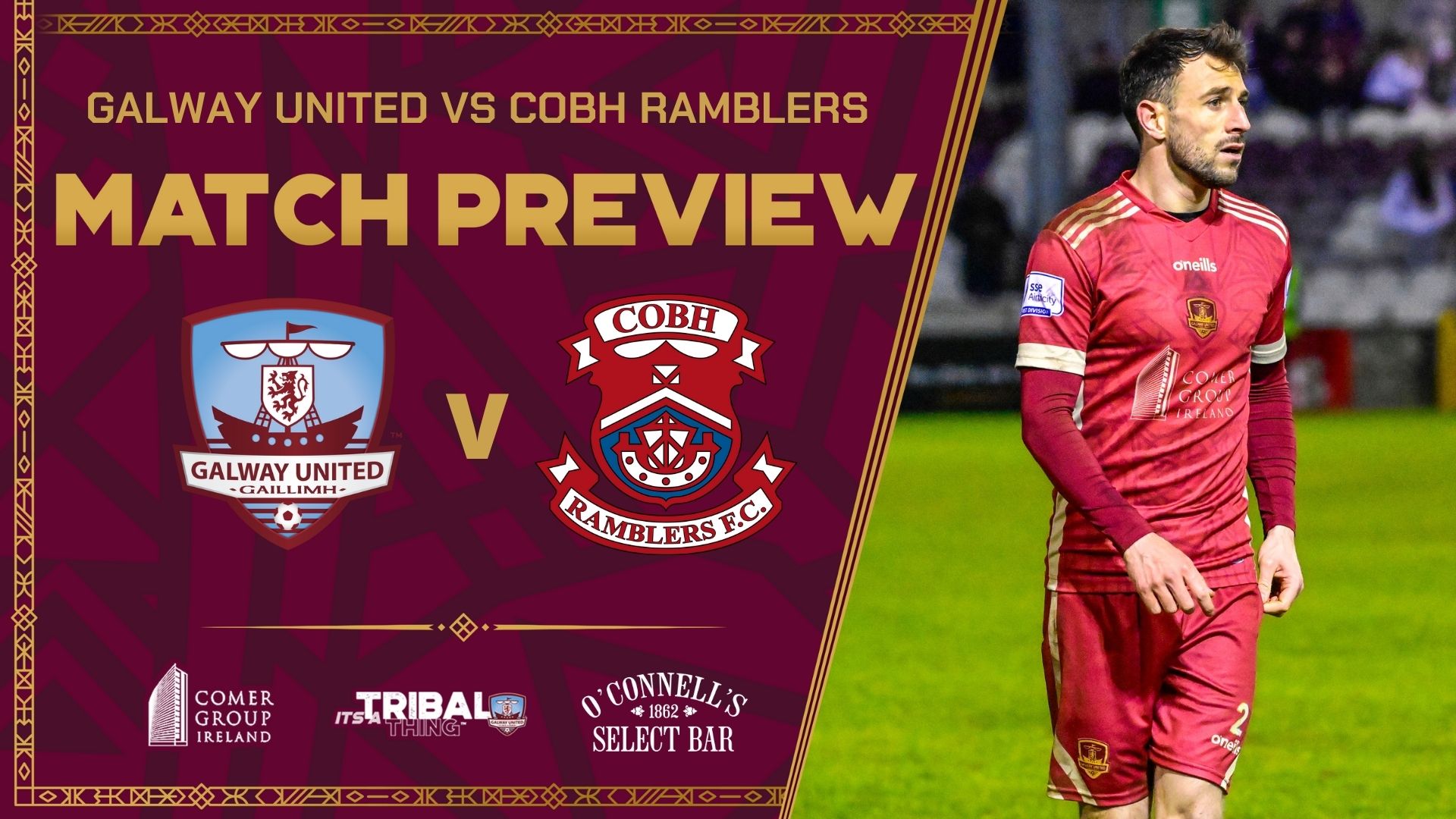 ‘We need to focus on ourselves to make sure we give a good performance’ – John Caulfield, Manager

Galway United take on Cobh Ramblers at Eamonn Deacy Park this Friday with kick-off at 7.45pm.

United will target a return to winning ways when they face Cobh Ramblers in the First Division on Friday evening. Tickets for the match can be purchased HERE.

The Tribesmen suffered a 2-1 defeat at the hands of Longford Town at Bishopsgate last week which keeps John Caulfield’s side in second position on the table and three points behind current leaders Cork City.

Cobh Ramblers sit in eighth place on the league standings with their only victory coming away to Athlone Town. Darren Murphy’s outfit were defeated 1-0 by Bray Wanderers at St Colman’s Park last time out.

Caulfield is looking for his team to give an improved performance this week.

“It is a new challenge, we are looking forward to it and we hoping for a big attendance on Friday night,” Caulfield told the club’s media team.

“Our performance wasn’t good last week so we have been working hard all week to improve that. We need to focus on ourselves to make sure we give a good performance.

“Cobh are always a side that cause teams problems – they work hard and are a very committed outfit. But for us, we need to get back to the level that we were playing in the previous four or five weeks.”