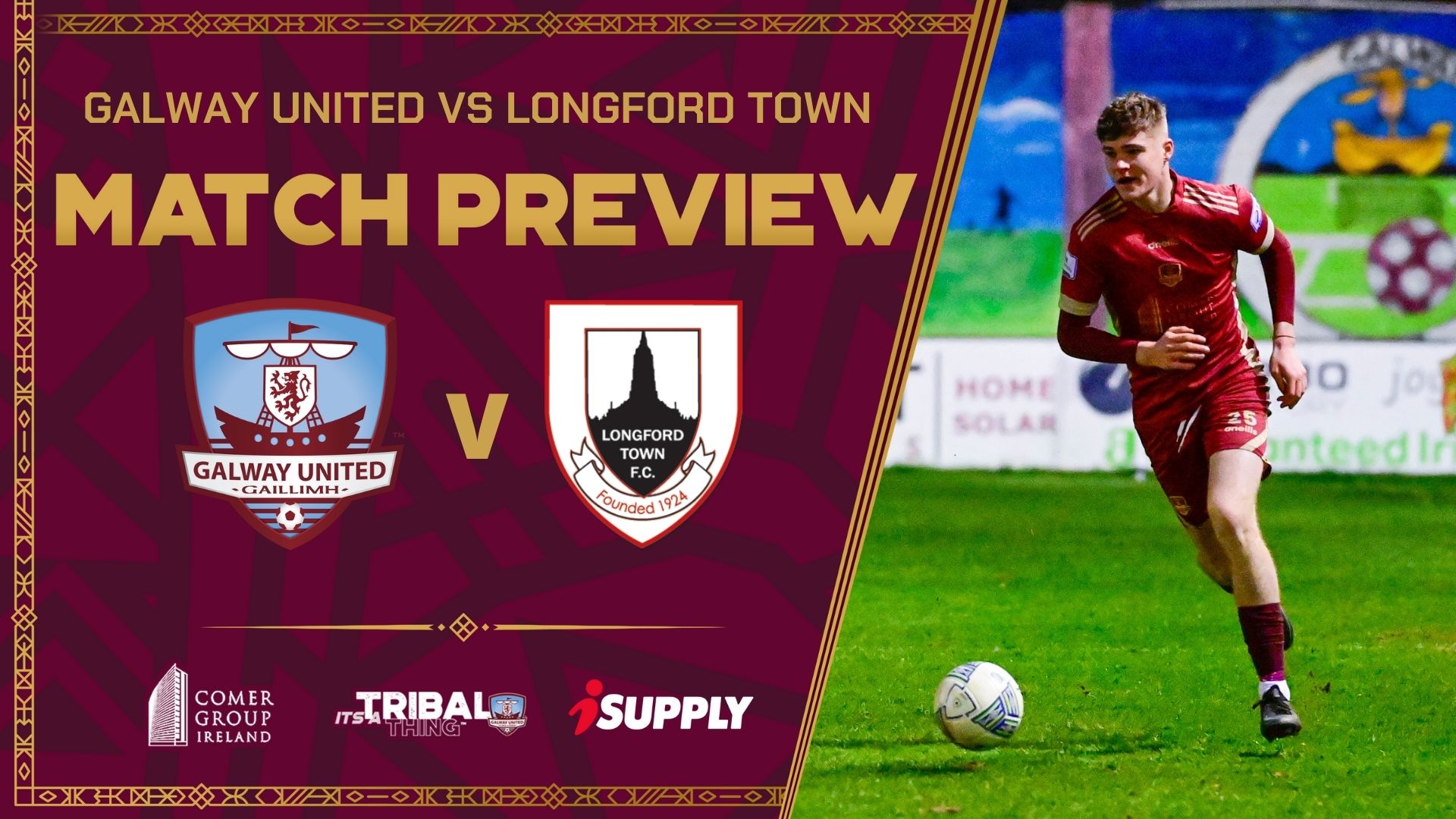 ‘We will need to be at our best to get a result’ – John Caulfield, Manager

The Tribesmen will look to continue their fine form when they play Longford Town on bank holiday Monday. Tickets for the game can be purchased HERE

United, who can make it four wins on the bounce on Monday evening, go into the fixture on the back of an impressive 3-2 victory over Treaty United at the Markets Field last Friday. A stunning Ronan Manning goal, followed by two headers by Alex Murphy and Stephen Walsh staged a spectacular comeback from two goals down in the last fifteen minutes in Limerick. The valuable victory keeps the Tribesmen three points behind current leaders Cork City – who have one game more played.

Longford Town go into the fixture in third position on the table, eight points behind United. Gary Cronin’s outfit were defeated 4-1 by Cork City at Turner’s Cross last time out.

United manager John Caulfield knows his team will have to be at their best in front of the home support to get a result against Longford.

“We are looking forward to the game again Monday, it was a very tough match against Treaty United but we were very happy to get the three points,” Caulfield told the club’s media team.

“We know how good Longford are. They played well against Cork, the scoreline wasn’t a true reflection of the game. They are very strong in the attacking third so we will need to be at our best to get a result.”