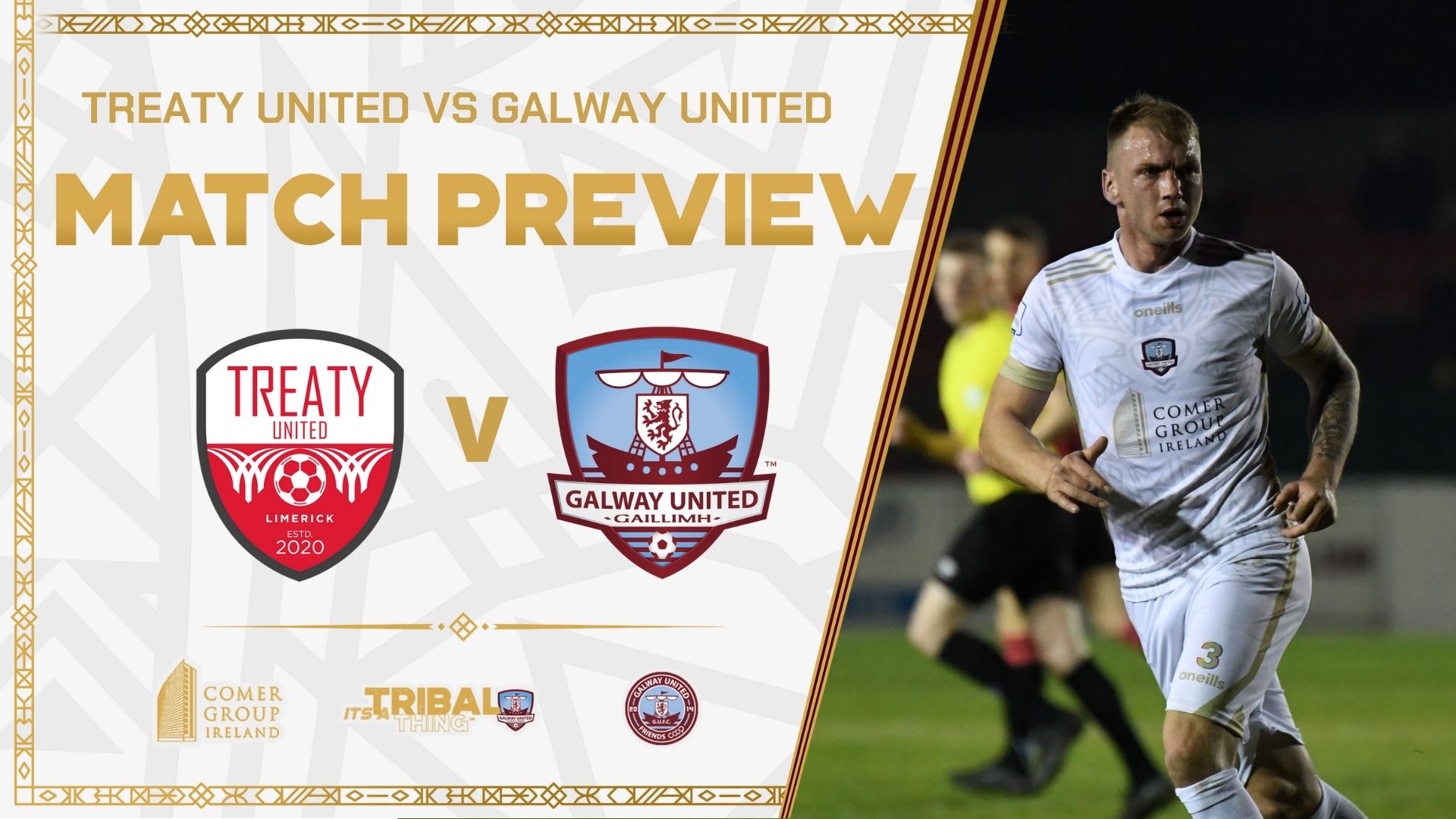 “It is a local derby so we know how difficult it will be” – John Caulfield, Manager

Galway travel south to face Treaty United at the Markets Field on Friday with kick-off at 7.45pm.

The Tribesmen will aim to make it three wins on the bounce in Limerick this week when they clash with a strong Treaty United team which includes a number of former Galway United players.

John Caulfield’s side remain in second place on the First Division table following a 2-0 victory over Bray Wanderers at Eamonn Deacy Park last Friday. Stephen Walsh continued his goalscoring streak when he opened the scoring in the first half before a David Hurley penalty secured all three points to keep United three points behind current leaders Cork City.

Treaty United go into the fixture in fifth position on the table, ten points behind the Tribesmen. Tommy Barrett’s outfit drew 0-0 with Longford Town at Bishopsgate in their last league outing.

Caulfield is expecting another tough test on Friday.

“We are looking forward to the game, we know that Treaty United are a very strong team,” Caulfield told the club’s media team.

“Tommy Barrett has assembled a very experienced side and we saw how well they did last year. Tommy brought in Joe Gorman and Enda Curran this year and he also has the other former United lads that are there.

“It is a local derby so we know how difficult it will be but our form has been good and hopefully we have a big following at the Markets Field on Friday night.”