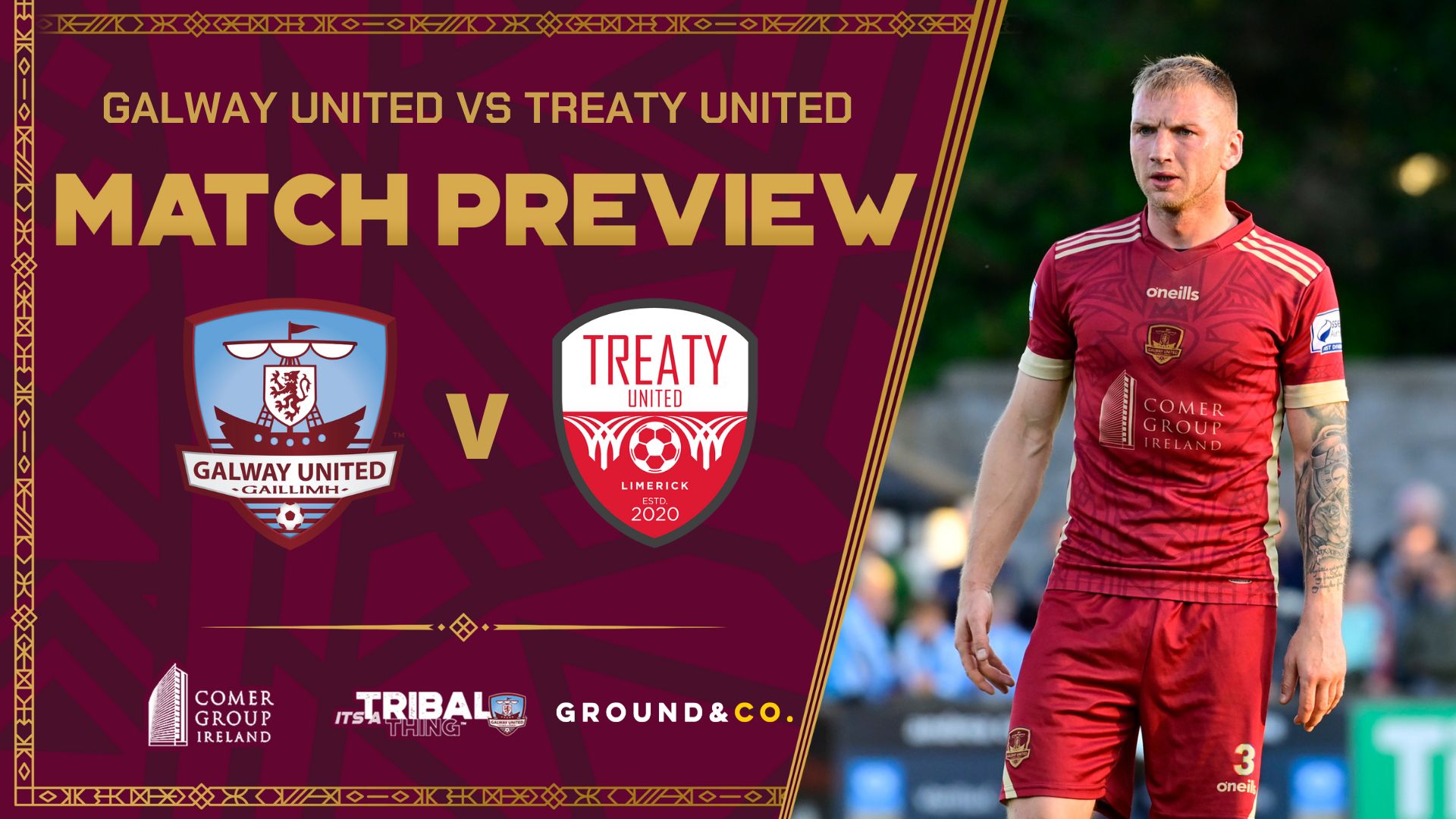 ‘Both games between the two teams this year were extremely tight so we are expecting another very tough game on Friday’ – John Caulfield, Manager

United had a superb return to First Division action last Friday when they defeated Bray Wanderers 5-1 at the Carlisle Grounds. Top goalscorer Stephen Walsh bagged two goals to make it 10 goals for the season so far for the clinical striker while Wilson Waweru, Max Hemmings and David Hurley also scored in an emphatic victory on the east coast.

The Tribesmen, who currently sit on top of the First Division table, now welcome fifth place Treaty United to Terryland this week. Tommy Barrett’s side overcame Athlone Town in their most recent fixture to put them three points ahead of Wexford FC who are also on the hunt for a playoff place.

“We are looking forward to this week’s game – it is a real local derby, especially with the Galway connection in the Treaty team,” Caulfield told the club’s media team.

“We know how difficult it will be, Treaty had a good win against Athlone last week. Both games between the two teams this year were extremely tight so we are expecting another very tough game on Friday.”