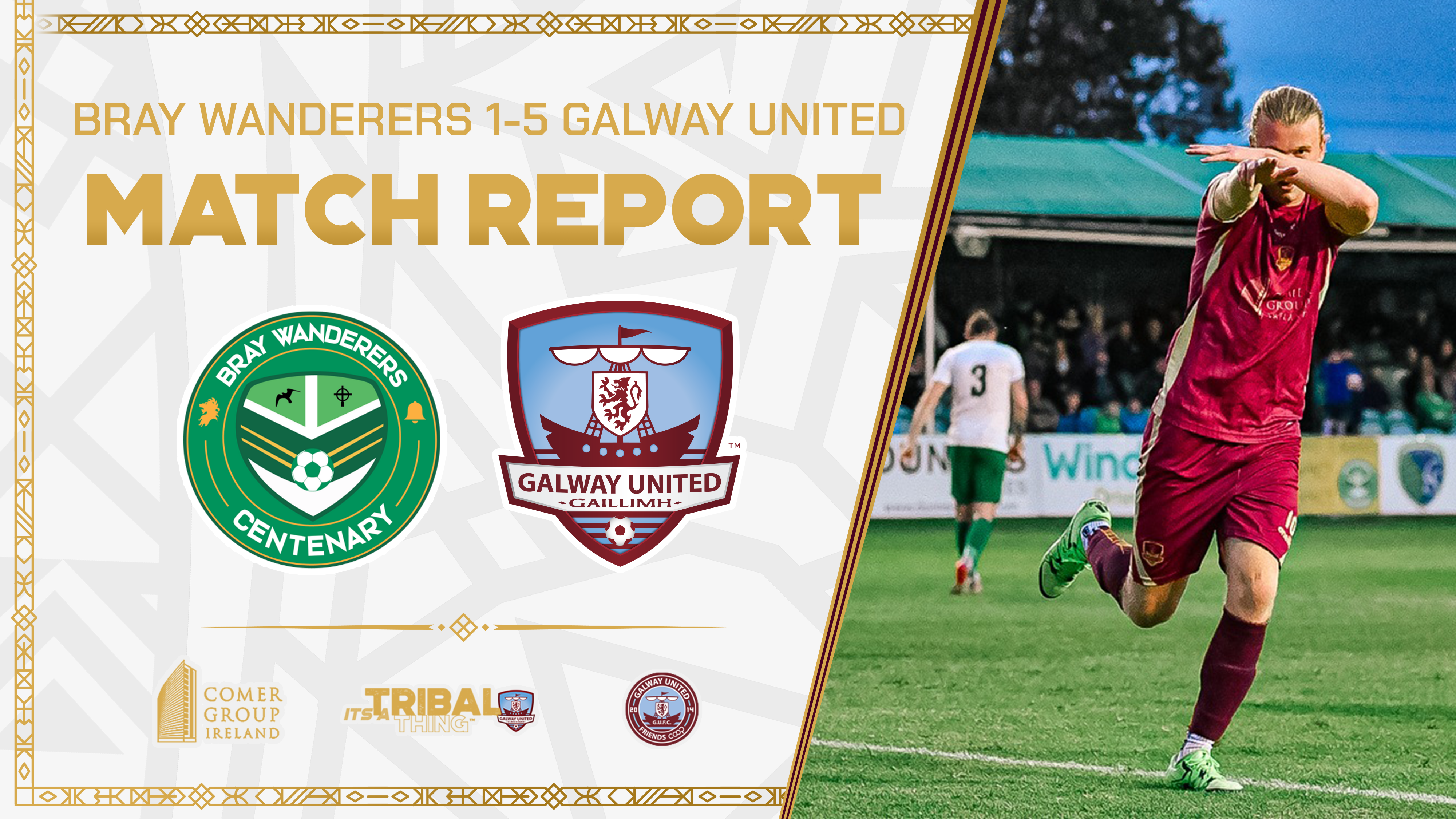 Galway United returned to winning ways as they defeated Bray Wanderers 5-1 at The Carlisle Grounds on Friday evening.

First-half goals from Stephen Walsh and Wilson Waweru put daylight between the two sides at the break, and despite a spirited second-half showing from Bray, The Tribesmen’s quality shone through as they ran out comfortable winners thanks to three late goals.

After suffering a narrow 1-0 defeat at home to title rivals Cork City in their last game before the mid-season break, United went into the game looking to bounce back in the race for a return to the Premier Division.

Walsh put them well on their way to doing exactly that after just 38 seconds. United’s top scorer nodded home a delightful cross from Max Hemmings to set a marker for what was to come from John Caulfield’s outfit.

Galway continued to push after their early opener, with Ed McCarthy and Ronan Manning both going close, but it was Waweru who doubled the away side’s advantage in the 24th minute with a powerful strike from the edge the area after being teed up by Walsh.

Both sides had half-chances prior to the break, with Bray’s Kieran Marty Waters asking questions of the United backline. However, the home side could not carve out any openings of significance as The Tribesmen went into the break with their lead intact.

In search of a response, Bray made three substitutions at the interval, and those changes had the desired impact as the momentum swung in the home side’s favour during the early stages of the second-half.

The Seagulls eventually made their dominance count as they pulled a goal back in the 63rd minute. Half-time substitute Darragh Lynch poked home a Paul Fox cross from close-range after Galway were caught on the break.

However, any concerns that John Caulfield’s side would let their lead slip quickly subsided when Hemmings restored their two-goal advantage in the 73rd minute. After a series of stepovers, the full-back sent in a looping cross that evaded everyone and nestled in the top corner.

Walsh put the result beyond doubt when he grabbed Galway’s fourth in the 79th minute. The tenacious forward dispossessed Connor Clifford, and after a neat exchange with Manu Dimas, powered the ball into the bottom corner to take his tally to 10 for the season.

David Hurley’s 81st minute penalty added some gloss to the scoreline after Francely Lomboto was fouled in the area. The young forward was upended by Dan Blackbyrne after an excellent through ball by Conor McCormack, leaving Hurley with the task of slotting the ball away to seal the points for The Tribesmen.

The victory sees Galway United temporarily move to the summit of the League of Ireland First Division table ahead of Cork City’s match away to Longford Town on Saturday evening.

Next up, Galway United will face Treaty United at Eamonn Deacy Park on June 24th.