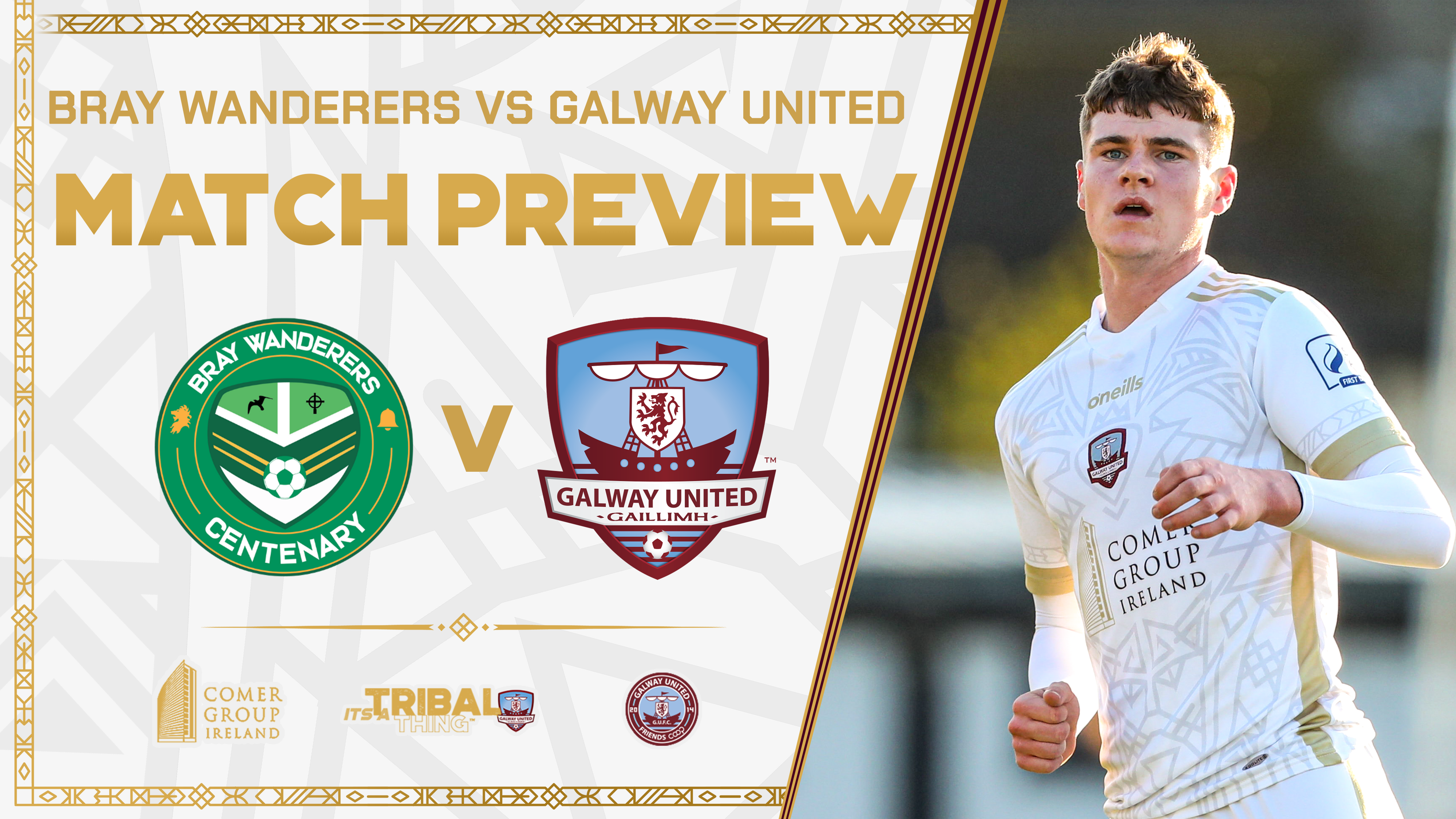 ‘We are looking forward to our first game back after the break” – John Caulfield, Manager

Galway United travel to the Carlisle Grounds this Friday to face Bray Wanderers – Kick-off at 7.45 pm

After seven consecutive victories, the Tribesmen’s winning run came to an end before the midseason break with a one-nil defeat to league leaders Cork City.

While league action did return last week, United had a bye week and took a watching brief. Bray on the other hand travelled to Longford and played out an entertaining 1-1 draw.

Rob Manley scored the opening goal for Pat Devlin’s side at Bishopsgate in a result that keeps the Seagulls in the playoff hunt.

After a three-week break manager, John Caulfield is looking forward to returning to action.

“We are looking forward to our first game back after the break,” Caulfield told the club’s media team.

“After a slow start, Bray have improved significantly, they played Longford last week and were very impressive.”