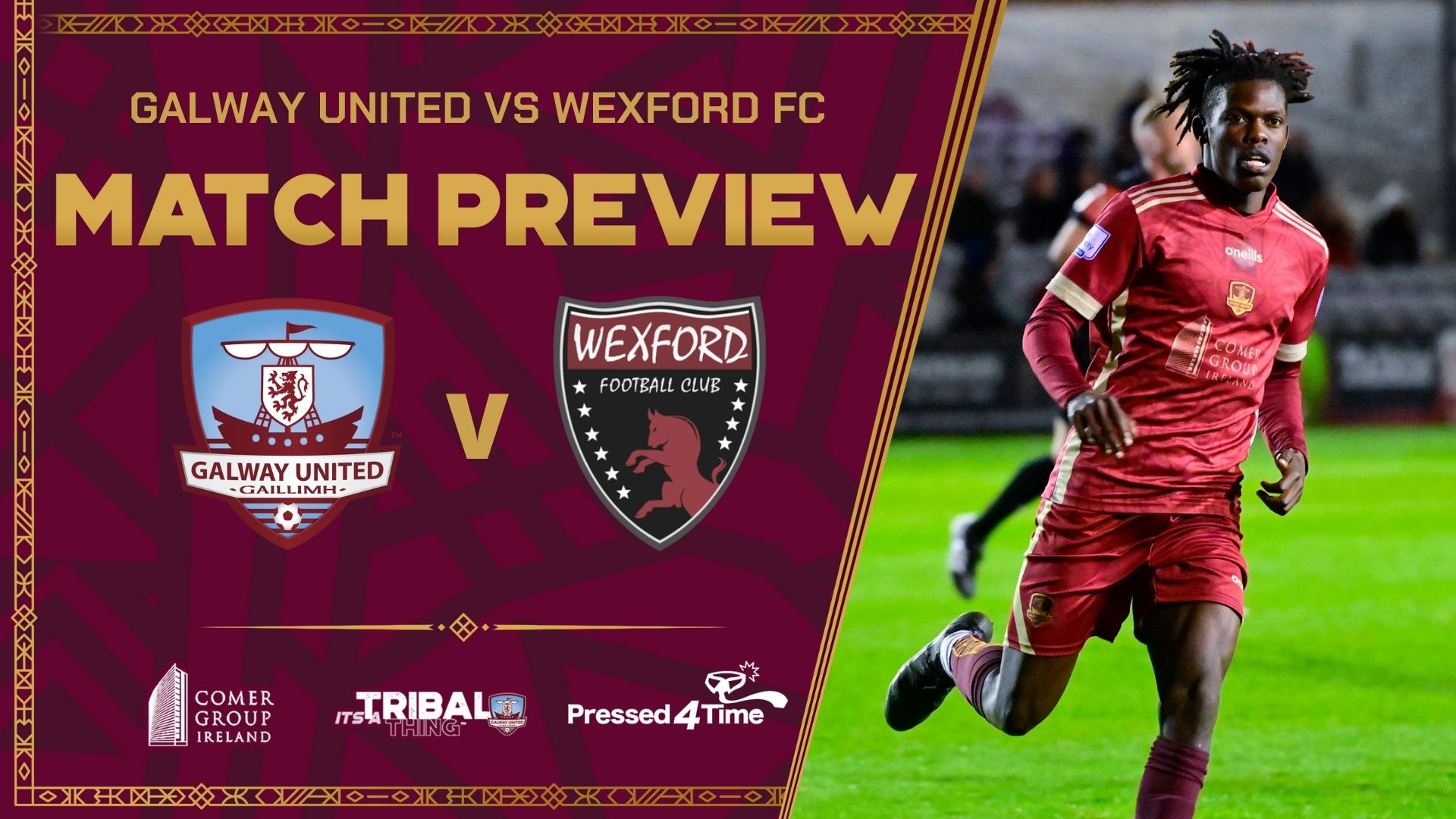 ‘Hopefully we have a massive crowd on Saturday evening’ – John Caulfield, Manager

The Tribesmen will target another victory against a strong Wexford outfit this weekend. Tickets for the game can be purchased HERE.

United have the opportunity to bring their First Division points tally to 19 points out of a possible 24 in front of their home supporters on Saturday evening. John Caulfield’s side overcame Cobh Ramblers 1-0 at Eamonn Deacy Park thanks to a second half Killian Brouder goal last Friday which keeps them three points behind current leaders Cork City.

Wexford, who are under the stewardship of manager Ian Ryan, sit in seventh position on the league table having picked up two wins, one draw and four defeats in the early stages of the season. They narrowly lost 1-0 to Cork City last time out at Ferrycarrig Park.

United manager John Caulfield is hoping for a big crowd to attend and support the team on Saturday.

“We are coming to the last game of the first phase, it is another home game so hopefully we have a massive crowd on Saturday evening.

“We know that Wexford are a decent team and they have decent players. But at the same time, we want to put in another good performance.

“It was a hard game last week and we expect nothing different this week. We need to make sure we look after our performance and play to our best. We look forward to the game.”